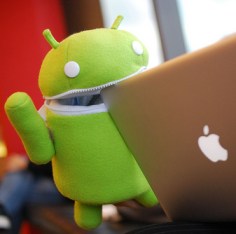 In the last month of March, Apple filed a lawsuit against Amazon in order to make the retail giant to give up the use of the term "App Store" from its Android application store.

In response to Apple's, Amazon has shown that it intends to stake its defense on a quote said by Steve Jobs himself during a conference with investors in which he made it clear how generic the term might be:

?There will be at least four? App Stores ?on Android, consumers will have to look for apps and developers will need to work to distribute their apps and get paid. This is going to be a confusing one for users and developers. Compare that to the integrated Apple App Store, which offers users the largest app store in the world, preloaded on every iPhone. ?

If it works and Amazon wins in court, Apple may lose registration for the term ?App Store?.

After problems, Apple temporarily removes some updates from its server

Android 11: see the features that may appear in the next version of the system

Check out what's new in the second season of Fortnite Chapter 2!