Put a reminder on your mobile screen possible with the Google Keep app, a virtual note book available for free download on Android and iPhone (iOS). The ideal resource for anyone who wants to always have an area to add reminders and quick notes to the lock screen. On the Apple phone, the app is an alternative to two native apps on the system: Notes and Reminders.

READ: Google banned more than 1,700 apps with viruses; know how to delete

In the following tutorials, check out how to put a reminder on the iPhone (iOS) and Android home screen with the Google Keep app. The procedures were performed on a Moto G7 Play with Android 9.0 (Pie) and on an iPhone XR running iOS 13.

Learn how to set reminders and add on your phone screen Photo: Helito Beggiora / TechTudo

How to put reminder on Android phone screen

Step 1. Open the Google Keep app and tap on the "+" button to create a new note. Enter your reminder title and content. It is also necessary to use the pin icon to keep the note pinned and add a reminder to Android; 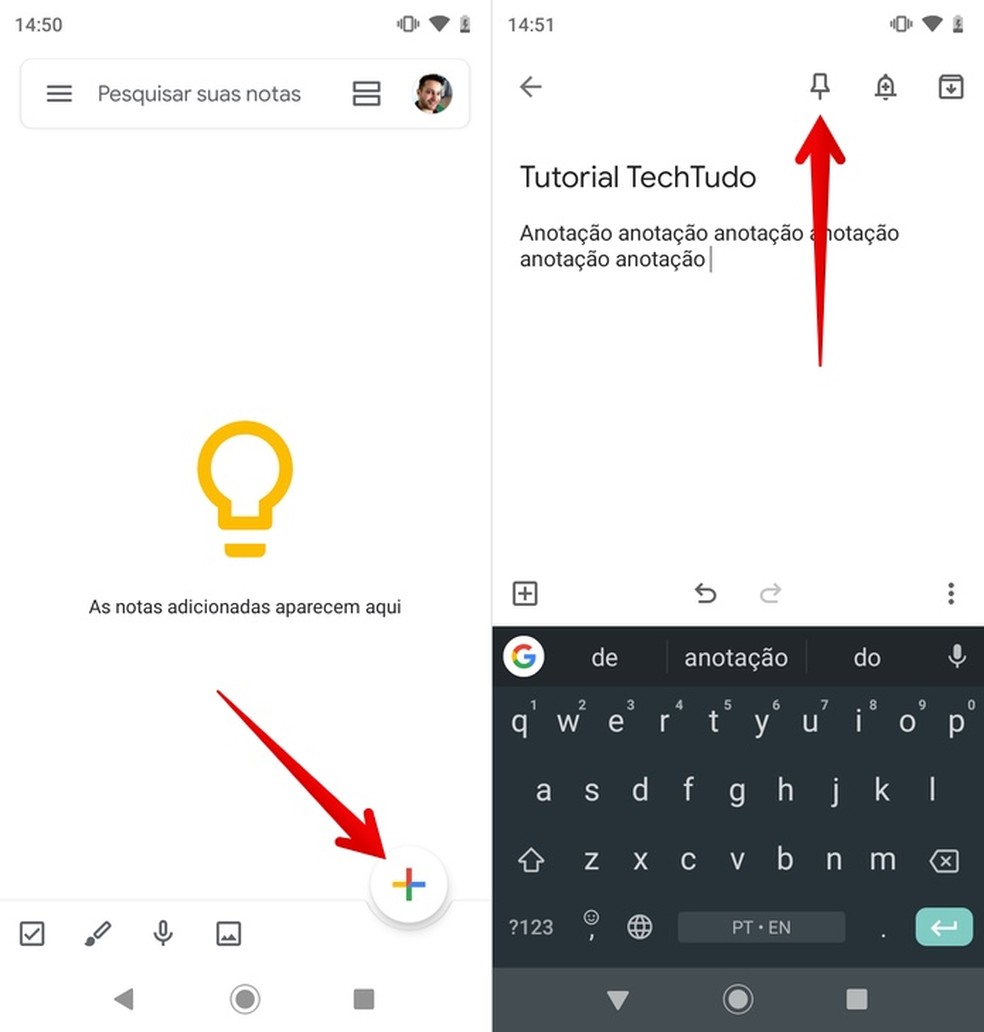 Create a new annotation in the Google app; reminders can be set on the home screen Photo: Reproduo / Helito Beggiora

Step 2. Now, go back to your phone's home screen and keep the background pressed for a few moments. Once this is done, tap on "Widgets" and locate the "Keep List" item on Google Keep. Keep the widget pressed and move to the desired location in the phone menu;

Learn how to put a reminder on the screen of your Samsung phone and other Android devices Photo: Reproduo / Helito Beggiora

Step 3. Finally, select the "Sticky notes" option. The widget will be added to the Android home screen with the note fixed. Touch it to open it in the Google Keep app and access the notebook.

How to put reminder on iPhone screen (iOS)

Step 1. Install the Google Keep notes app on your phone. Open the app and, if necessary, log in to your Google account. On the software's home screen, tap the "+" button to create a note. Enter the title of your reminder and the content. It is also necessary to use the pin icon to keep the note fixed; 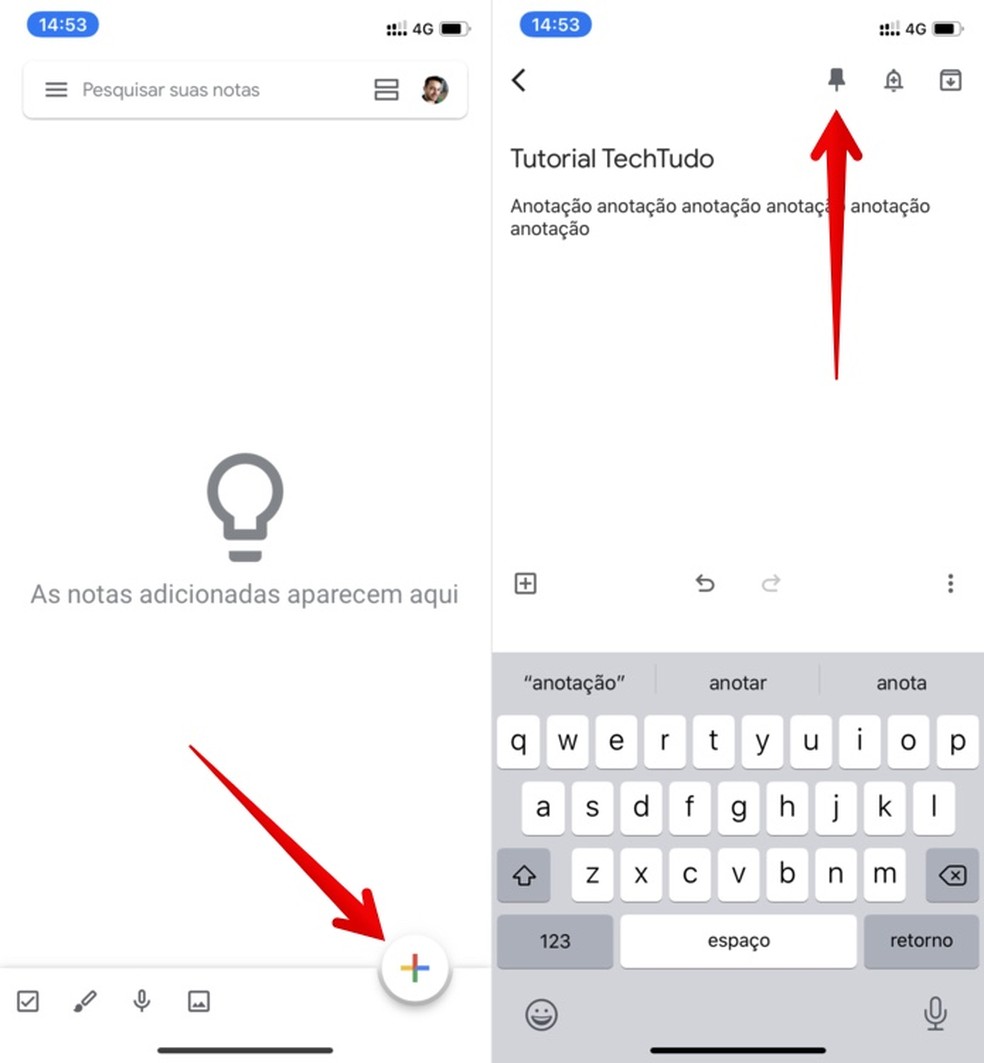 Step 2. Now, access the iPhone widgets screen and tap "Edit" at the bottom. Touch the "+" button, left of Google Keep. If you want, use the right tab to reorder the items. Once this is done, press "OK";

Step 3. Finally, tap on the indicated arrow to expand the Google Keep widget and display the pinned notes. Touch it to open the reminder in the app. 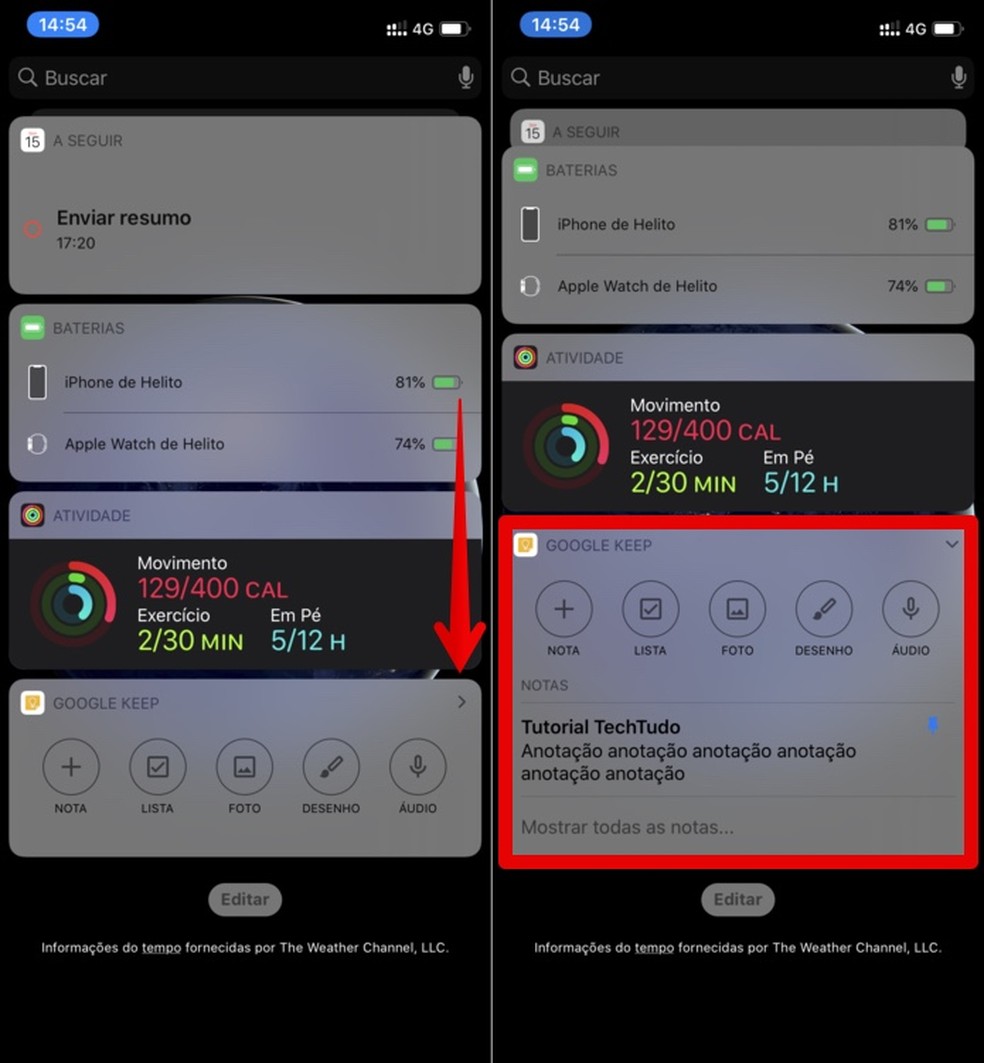 Ready! Take advantage of the tips to put reminders on your phone screen.

How to create stickers on WhatsApp for iPhone | Social networks

Galaxy A11 has leaked specifications

Samsung will sell folding glasses to other manufacturers