The games multiplayer for Android are a great option for those who like to play together. There are options to have fun online, through the same Wi-Fi network or even offline, sharing the same device.

There are survival games, cooperation, dance, cards, classic board games, among many other options. You can play with friends, your girlfriend or boyfriend or even meet new people.

AppGeek brought together the best games multiplayer for Android 2020. Check it out! 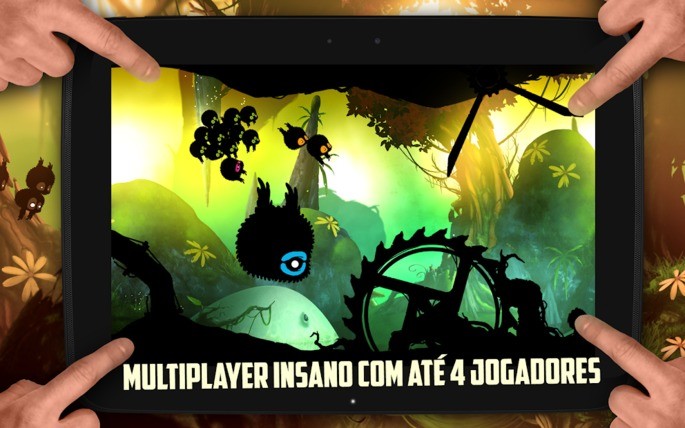 With a community of more than 50 million players, Badland is an action and adventure game set in a forest that looks like a fairy tale. However, something is wrong. Your objective, as one of the inhabitants of this place, is to discover what is going on.

To do this, you need to survive the challenges of each phase, such as facing a flame, ice or magma. The individual mode has more than 100 levels available.

But let's get to it: the way multiplayer. The title supports up to 4 people on the same device while playing cooperatively. This is possible thanks to innovative gameplay based on the laws of physics.

In this category, more than 30 phases are available, in which only the strongest win. According to the developers, it is possible to push up rival items to save your own skin. 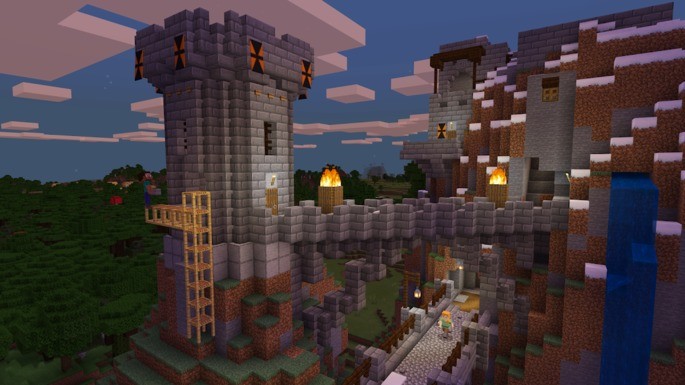 Classic building game, Minecraft could not be left out of our list. In a world of pixels, you must survive the strangest creatures. To protect yourself and live in that environment, you can unleash your imagination by creating whatever you want. Its raw material is in the cubes that surround it throughout the game.

On mobile, three modes are available multiplayer, besides singleplayer. It is possible to open your local area network (LAN) to other players, as well as join thousands of other people by connecting to the IP address of a multiplayer server.

Finally, there is also a paid multiplayer service called Realms, which creates a private server. The user can play with 10 more friends on his personal server.

Epic Games' addictive co-op game is also available for mobile devices. Interestingly, the game is not available on the official Google app store, but on the developer's website.

In Fortnite, the player can form his team with friends to face the squads formed by other users around the world. One by one, the characters are defeating each other, until only one winning team remains.

To reach the end, you need to find weapons, ammunition, health kits, among other items that help ensure your survival. Collect materials and build forts so that I can protect myself and see enemies from above.

To play, you need to be connected to a stable network, preferably Wi-Fi, to avoid consuming mobile data. 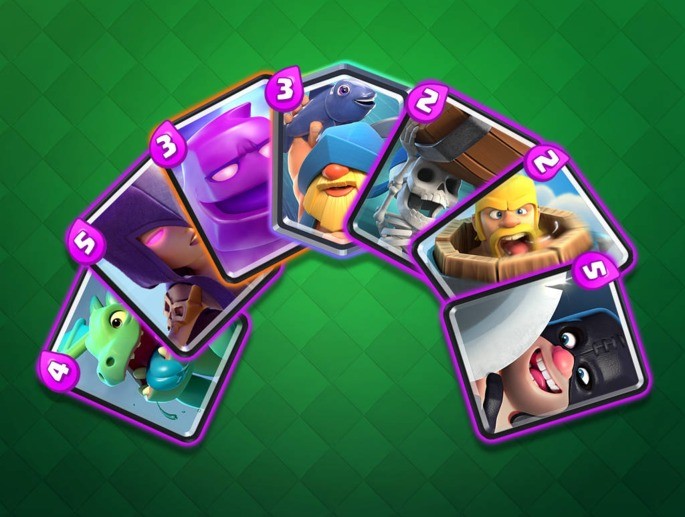 Do you want to duel with players from all over the planet in real time? So Clash Royale can be a great option. Although not recent, the PvP strategy game remains among the most downloaded games.

Reindeer the best cards you can to build a deck capable of defeating your enemies. Take kings and princesses out of their towers and earn trophies.

In addition to fighting with strangers, the player manages to form his clan with friends and invite them to private duels. This is a great way to train and prepare for real disputes.

Critical Ops is a first-person shooter (FPS) with 3D graphics, created specifically for mobile devices. This means that all its gameplay was designed for phones and tablets.

In the game, the user assumes the role of an elite agent who must fight terrorist forces. You need to gain skills and create ideal military strategies to defeat enemies.

The way multiplayer lets you assemble your team with friends or join a team. Altogether, three game modes are available. In Disarm, one team needs to deploy and protect a bomb until it detonates, while the other tries to defuse the explosive.

J in Kill Kill, the dispute between teams takes place in a race against time. Finally, in Arsenal, team players fight for the weapons scattered throughout the game. 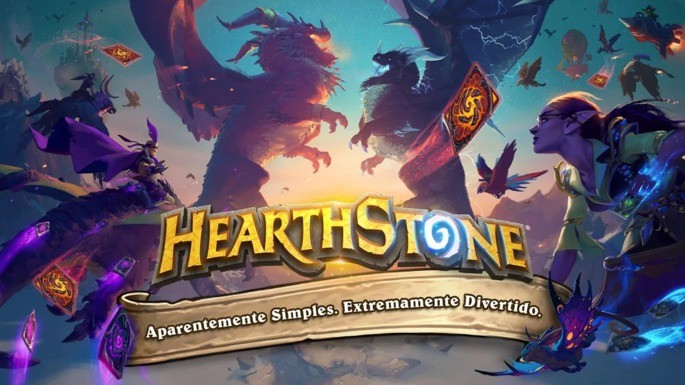 Hearthstone a virtual card game multiplataform that allows you to invite friends to play. In it, you must assume the role of a Warcraft hero and you must assemble the best deck possible, to cast spells and duel with rivals.

The grace, of course, is to challenge other players online, but if you want, you can practice alone to improve your skills. In addition, if you create a Battle.net account, you will be able to access the cards won from both the mobile device and the computer.

The traditional naval battle game has gained a new version for smartphones, Sea Battle 2. The best is that it is not necessary to compete only against the computer. The title allows you to play with others, as if you were on the board.

Or rather, with even more tools. Have planes, radars, submarines and different types of weapons available to destroy the enemy arsenal. You can also set up the port city the way you prefer and still receive awards for it.

You can war with people from all over the world in real time and online. If you prefer, you can duel with acquaintances and friends via Bluetooth.

Garena Free Fire is an action game in which your goal is to be the last survivor on an isolated island. The title strategy refers to Fortnite, also mentioned in our list.

However, here each game lasts a maximum of 10 minutes and there is the possibility to assemble online teams of up to 4 people. The dispute for survival includes another 50 players.

At the beginning of each game, the user can choose where on the map he wants to start. In addition to protecting yourself in trenches and bushes, I need to steal the weapons of rivals, collect equipment and explore the island.

Each player takes on a character, female or male, and it is possible to choose a name, clothes and accessories.

The famous fighting game for consoles won its mobile version. You must assemble your team using the more than 130 characters available in the game.

Your goal, of course, is to win the tournament, which is full of exaggerated blows and incredible powers. The way multiplayer, called War of the faces, allows players to compete against each other online.

If you prefer to train or become stronger with rewards, you can use the 3 x 3 game mode. 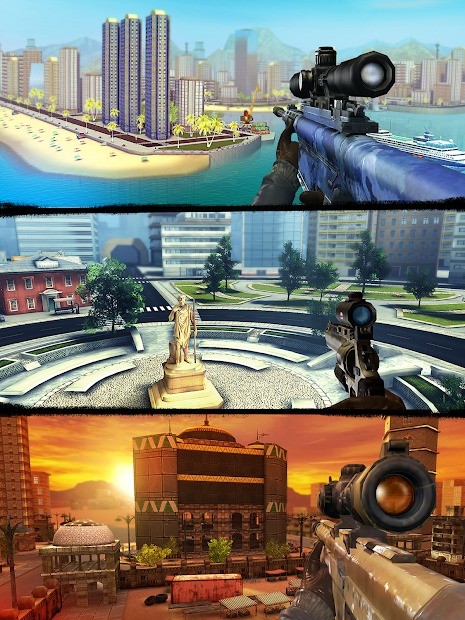 In this first-person shooter, your goal is to become the best sniper in the world in the midst of a world war on crime. To win, having to save hostages, take down helicopters, always be aware and, of course, be the king of aim.

The game, which can be played online or offline, has more than 100 missions, which take place in 17 different scenarios. Super-realistic 3D graphics help to make everything even more exciting.

Identify the right targets, shoot well and help fight terrorism in the world. 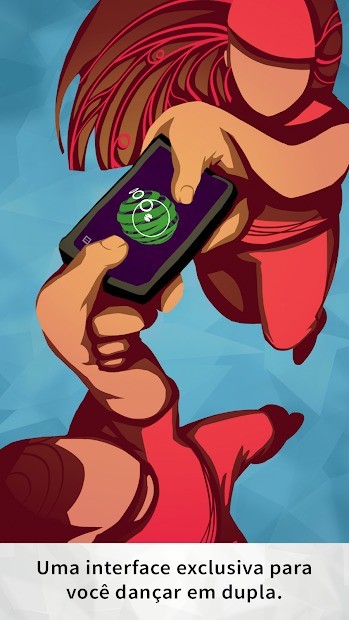 Bounden a game multiplayer in which the two competitors must use the same device. In this dance game, each player must hold on one side of the circle that appears on the screen and, together, perform the indicated movements.

After a few twirls, raised by the arm, among other body movements, you and your partner will be dancing. According to the developers, the choreographies were developed by Bal Nacional Holands.

The title is a good choice for those who want family fun or to play a different game in a meeting between friends.

PUBG stands for Playerunknown's Battlegrounds. The combat and survival game brings, in the classic mode, 100 players online. In it, you fall by parachute in an arena, where you need to find weapons and equipment to eliminate opponents and survive.

The title also brings other modalities, as in teams of up to 4 players and mode payload, which allows attacks by land, sky and sea. For those who want more dynamism, there is the option Arcadian, which only features 28 players on a smaller map.

According to the developers, the game offers graphics in HD and 3D sound, which make the experience as immersive as possible even by cell phone. 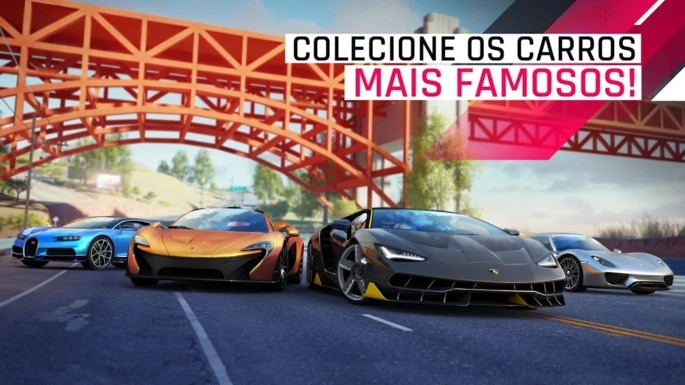 Asphalt 9: Legend is a racing game that lets you drive 50 different types of supercars with up to 8 other players in real time. It is possible to drive racing legends on tracks that reproduce different places around the world,.

Choose whether to drive a Ferrari, Porsche, Lamborghini, W Motors or another machine of your dreams. You can customize the powerful one by choosing color and parts.

If you want to play as a team, it is also possible. Members must do their utmost to earn points and contribute to the team's success.

According to the developers, the challenge has 60 seasons, covering about 800 races. All this through super realistic 3D graphics, which promise a great immersion in this arcade style race.