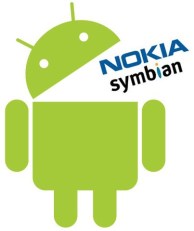 According to data released on Monday by research firm Canalys, Google's Android platform surpassed Nokia's Symbian leader as the most popular platform in the fourth quarter.

The sales volume of Android devices reached 32.9 million in the last quarter of 2010, historically surpassing the models with Symbian that reached only 31 million units.

Another giant robot breakthrough occurred in the Tablets segment, reaching 22% of the market. Apple, which still leads the way, suffered a reduction in its market share from 95% to 75% in the same period.

Samsung's Galaxy Tab Tablet, analyzed by Canalys as largely responsible for the advancement of the Android platform with Tablets, in which it obtained 2 million units sold in the last three months of the year.