Just yesterday we talked about how some highly debatable ndole developers use loopholes in the rules and guidelines of App Store to cheat and scam the app store for iPhones and iPads.

Today we have yet another example of an application that should not even have passed Apple's approval and that, in this case, is aimed at the Brazilian public. That's right! Such an app, entitled Heart Rate Measurement, promises to measure your heart rate using Touch ID and has advertisements stating that it is a project developed by the "Ministry of Health of Brazil". Notice above, too, that his icon has a representation of the Brazil map below the heart.

The idea, if it were not pricking, would be praiseworthy: rest your finger on the fingerprint sensor of iPhones in order to record the necessary data on heart rate and blood pressure.

But suspicion already begins in this story of ?Ministry of Health?, after all, the correct Ministry gives Health. And such an app, governmental, would hardly be distributed on the App Store on an account of a developer called Paula Gonzalez. It would be the corner of amateurism.

The biggest problem is the impossibility of the Touch ID sensor itself to perform such tasks, whether it is measuring heart rate or blood pressure (data contained in the app's advertising video). There is no button, technology capable of carrying out such tasks, period. That in itself would be a nice hit, but the crook behind the app was beyond: according to Gabriel Bini shows in the video below, the application simply tries steal R $ 329.90 from the user!

To ?measure your heart rate?, the app asks you to place your finger on the Touch ID. In doing so, after a few seconds it decreases the screen brightness to the minimum possible, making it difficult to view the information that appears on the screen. And, my friend, with your finger on the Touch ID, a purchase alert of R $ 329.90 appears that you, of course, cannot see properly. When the person understands what happened, it is gone. Less R $ 329.90 in your account!

But if you are a ninja and see the alert, there is no point in trying to cancel because the same purchase screen of the app will keep coming back until you buy the app or throw your phone on the wall. at that level.

And note that even without the finger on the Touch ID, the supposed heart rate measurement is still there, "working perfectly". Want more? On iPhones and iPads with Face ID, the cardiac monitoring count also happens and the app simply charges even the R $ 329.90 on the face, without the least modesty! ?

Gabriel has already denounced the app to Apple, which needs to remove not only him, but all those who use sordid tactics to get our hard-earned money. Meanwhile, here's the tip: pass away from the app called Heart Rate Measurement.

Just a warning, here: there are serious apps on the App Store that measure your heart rate. This, however, is not done by Touch ID but by the rear camera together with the use of the flash is a good example of an honest app that fulfills this function o Runtastic Heart Rate (PRO) or the Brazilian Heart Care. Download them below: 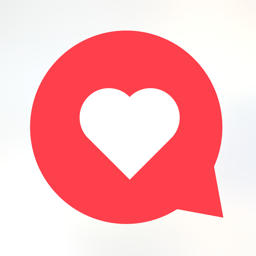 tip from Guilherme Corra de Lima, of Ronan Rodrigo Nunes It's from Bunn