The shader compiler ACO (Amd Compiler) which was developed by Valve, aiming to improve the performance of games on Linux on AMD graphics chips, has recently been made compatible with older GPUs, of the GCN 1.0 microarchitecture, and immediately demonstrates a 9% improvement in gaming performance. 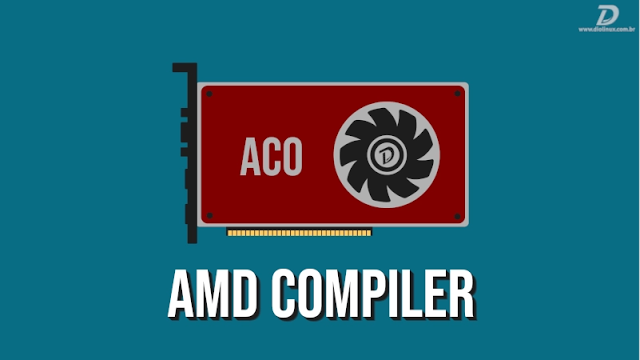 This article is entirely focused on the ACO shader compiler, and to get a complete understanding of the content below it is extremely necessary that you already know what it is about. If you have not yet heard about it, I strongly recommend that you read the article which we did explaining how it came about and what benefits the ACO can bring to ordinary users. As we already said here on the blog, ACO has been producing excellent results when it comes to Linux games, however, until a few days ago it does not have good compatibility with the older hardware, of the GCN 1.0 microarchitecture (families Oland, Cape Verde, Pitcairn and Tahiti).

However, in recent days, Mesa Driver developers have included new code lines in the software that should make older GPUs, such as some models from the HD7000, R5, R7 and R9 series, become much more compatible with ACO.

The tests shown in the charts below were performed on a Radeon HD 7950, using the Rise of the Tomb Raider's own benchmark, with the graphics at high and 1080p resolution.

Then you can see a repetition of the tests above, but now with the graphic quality in the lowest (lowest).

Now we go to the tests carried out with the Shadow of the Tomb Raider benchmark, also with the Radeon HD 7950, in 1080p, first with graphics on the high and then on the lowest.

The new ACO implementations are present in Mesa Driver 20.0 (version under development / unstable), which can be used in Fedora, Mint, Ubuntu and derivatives following the instructions in this article. Remembering that in order to be able to use ACO in older AMD GPUs, from the GCN 1.0 and 2.0 microarchitectures, it is necessary that the AMDGPU driver is activated. In case you don't know which driver is in use, or how to activate the correct, we already have articles ready to solve your problem. Last Diolinux Friday Show we did (which you can check below in full), one of my predictions for 2020 was precisely to take a big step in the performance of games on Linux through ACO. Of course, too early to be sure, but if I continue at that pace, I can join the Ricardo (CanalOCaraDoTI) on the Open Source Gurus team.

Now it's your turn to give your opinion, and maybe even make your predictions for the future of ACO and games on Linux. Do not go unnoticed, express your opinion in the comments below!

Do you like Linux and technology? Do you have any questions or problems that you cannot solve? Come and be part of our community in the forum Diolinux Plus!

This is all personal!

Patents infringed in the Sanho lawsuit are revealed: ranging from MagSafe to the 30-pin dock

The top 5 cryptocurrencies for gaming in 2020