Sometimes we comment on stories that are really worth sharing, especially when they involve time and effort in research that can help a range of people.

This is the case of a group of researchers from Emory University, in Atlanta (United States), who developed a multiplatform app which can detect anemia, a disease characterized by a decrease in the amount of red blood cells (or hemoglobin) in the blood that affects more 2 billion people in the world.

If you're already thinking about needles and the blood itself, don't get excited: the app estimates hemoglobin levels from color analysis and metadata from images taken with a person's nail smartphone, that is, in a -invasive, as disclosed by Nature Communications. 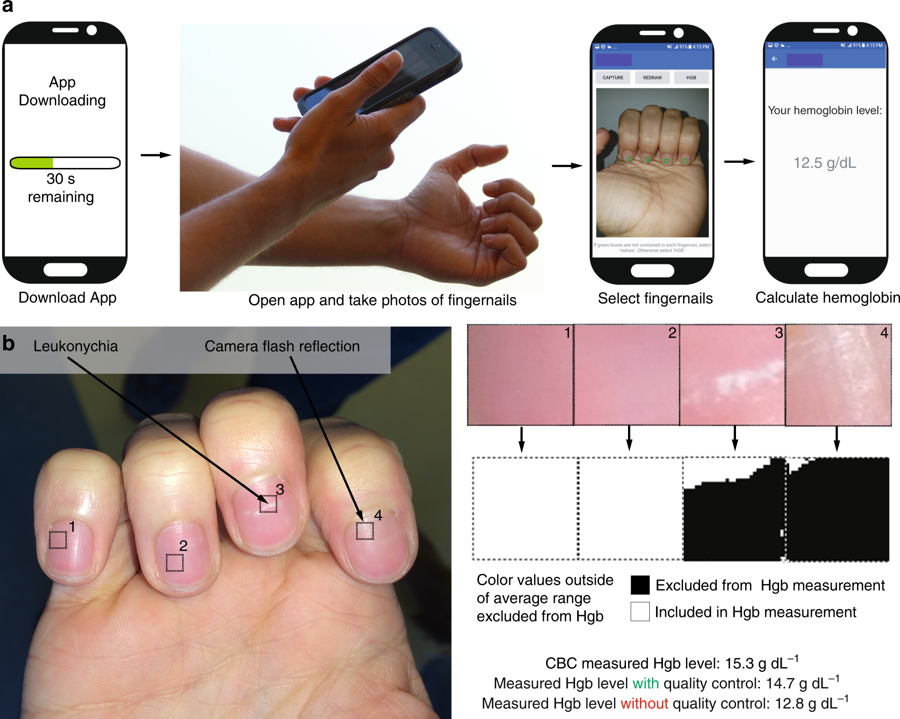 The color of the nail is a good indicator of hemoglobin levels, since it does not contain melanin-producing skin cells that can prevent reading the software. Check out how it all works on the video below, performed by the app developer and biomedical engineer Rob Mannino.

Like the Apple Watch Series 4 ECG reader, it is clear that the feature should not be used for self-diagnosis or self-medication. However, something that can be particularly useful in some parts of the world "where the medical infrastructure is precarious, but the smartphone base is very good," said professor and associate pediatrician Wilbur Lam.

Many of my colleagues who work in global health say that phones work better in certain parts of Kenya than in San Francisco. That's because cell phone companies have surpassed phone line standards.

The four-week study involved 337 people with different blood conditions, including 72 healthy individuals. The researchers reported that the app outperformed the medical assessment of hemoglobin levels in the physical exam, although it is not as accurate as the blood test, of course. Still, they found the software as good or even better than a series of FDA-approved diagnostic tools (Food and Drug Administration) from the USA.

Regarding availability, the app's disclosure document says that both the software and the method used are still under study. However, the researchers work with Xcode in the Integrated Development Environment (IDE) to develop the beta version for iOS and Android, demonstrated in the video above. According to G1, the app should be made available to the public by the end of the first half of 2019.

Congratulations to those involved! ??

Developers get prior access to iPads, but only by meeting strange requirements