TikTok has been gaining more and more fans around the world. The old Musical.ly continues to be a platform for recording short videos, with the main focus being the dubbing of songs and humor scenes. With 15 seconds of duration, the clips are shared in the application itself, which functions as a social network, so it is possible to follow other users, comment, like, among other functions.

The app has attracted attention due to its rapid growth, surpassing giants such as Facebook, Instagram, YouTube and Snapchat in number of downloads in the United States, with 130 million users worldwide. Here are five fun facts about TikTok, which can be downloaded on Android and iPhone phones (iOS). 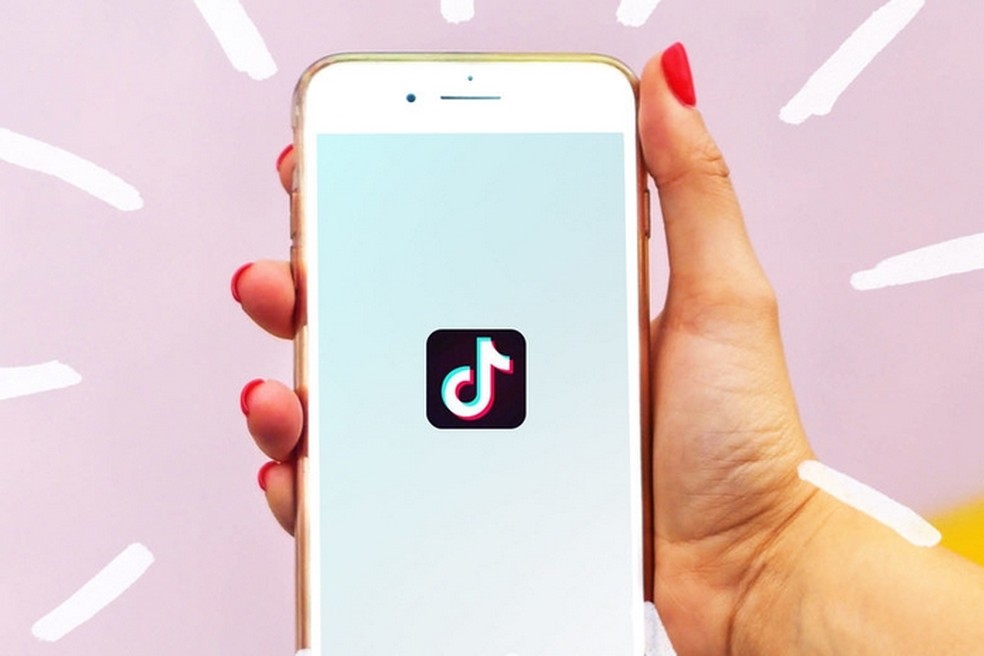 Get to know 5 curiosities about TikTok, the most downloaded app that Instagram in the USA Photo: Divulgao / TikTok

The abrupt growth of TikTok in the American market occurred after the merger with Musical.ly, which occurred in the beginning of August. Users who had the old application installed on their phone one day woke up and saw the name "TikTok". With a user base suddenly increased by 100 million active accounts per month, the app started to draw even more attention to the public, mainly formed by teenagers, as well as the specialized press.

But the joining of the two platforms did not happen overnight. ByteDance, a Chinese company that owns TikTok, bought Musical.ly in November 2017. The value of the deal has not been officially revealed, but sources linked to the technology company say the deal cost between $ 800 million and $ 1 billion or that is, up to R $ 3.8 billion, considering direct conversion. At the time of the deal, Musical.ly had approximately 60 million users.

The acquisition of Musical.ly by ByteDance is a strategy of the Chinese company to enter the American market, where the late dubbing app was already extremely popular. What many people do not know is that Musical.ly was already a Chinese baby.

The platform was founded in 2014 by Alex Zhu and Luyu Yang, Chinese businessmen and longtime friends. The service was established with headquarters in Shanghai and with an office in California, in the United States, which helped its popularization in the Americas. 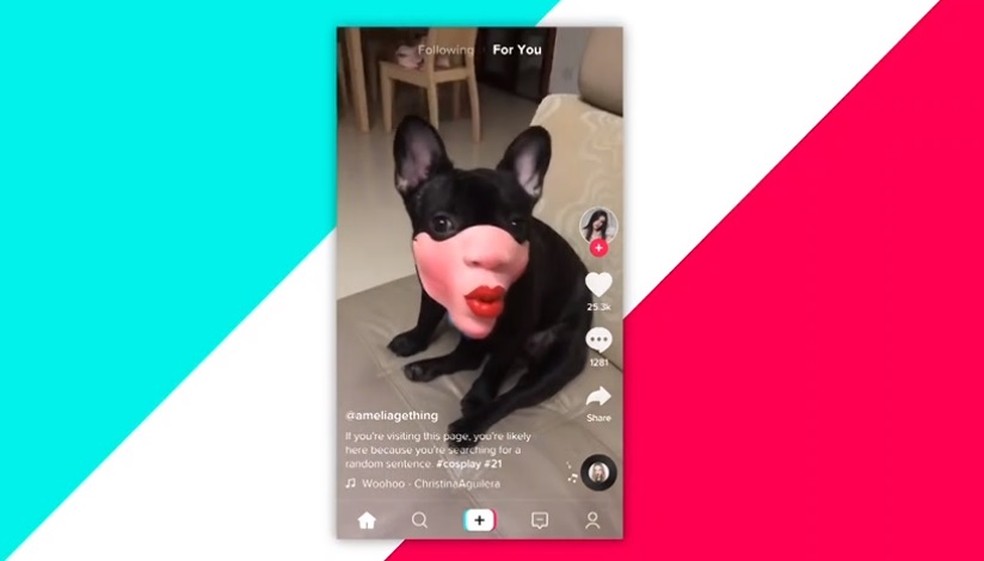 3. Fever in the Asian market

Even before the merger with Musica.ly, TikTok was already an absolute success in the Asian market. In July, the app reached the mark of 500 million active users, a number much higher than its American brother at the time. Most of this 300 million people were from China, which is due to the platform and the country's own population density.

Interestingly, the number over there did not grow much after joining with Musical.ly. This is because, due to the Chinese government's restrictions on Internet access, ByteDance decided to keep TikTok as an independent application, renamed Douyin.

Just three months after the merger with Musical.ly, TikTok had grown from 100 million to 130 million active users. In October, the app registered more downloads than Facebook, Instagram, Snapchat and YouTube on the App Store, according to an AppTopia report. 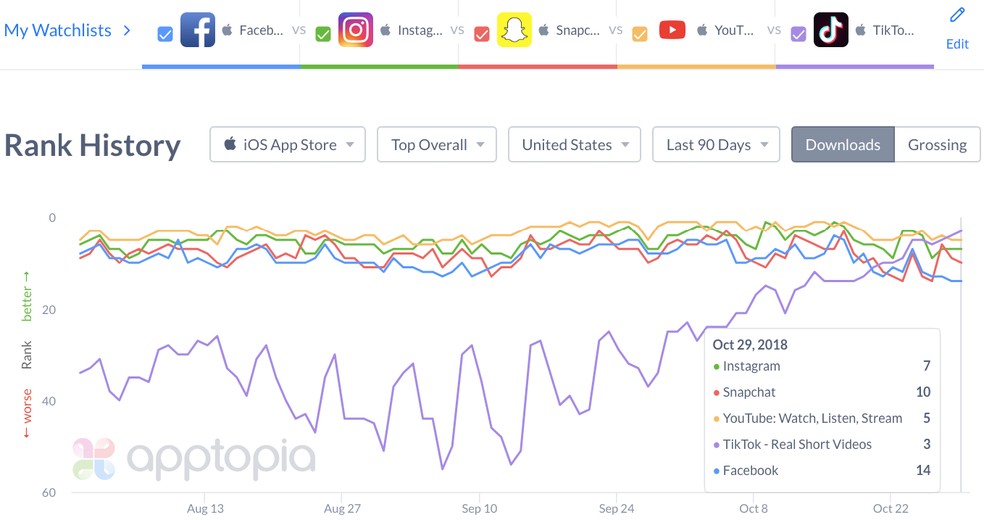 On the closing date of this article (November 30), the app was the 5 most downloaded on the iPhone and the 2 most downloaded on the Play Store, both considering the United States. In Brazil, TikTok occupies 31 position in the Google app store and does not appear in the top 100 of the App Store. The information is from the consultancy App Annie.

According to the latest data, the app has been downloaded more than 800 million times worldwide, joining Android and iOS platforms. In 2017, Musical.ly's number was 92 million downloads added to the two app stores.

The TikTok audience is mainly made up of teenagers and young people. Musical.ly already had this characteristic, with half of the users in the age group between 13 and 24 years old on the iPhone and 60% on Android. The app also showed a predominance of female presence, which corresponded to 75% on iOS and 70% on Android. The data were released by App Annie in March this year.

The huge success of TikTok / Musical.ly has also attracted interest from competing companies. Facebook is developing an app called "Lasso" to compete with the dubbing platform, according to a source revealed to the TechCrunch website. "(an app) full-screen, created for teenagers, fun and funny and focused on creation," said the official form source.

The news is consistent with the projects already revealed by Facebook, which in June announced the Lyp Sync Live feature. Still in the testing phase, the function allows the user to choose a song to dub during live broadcasts. 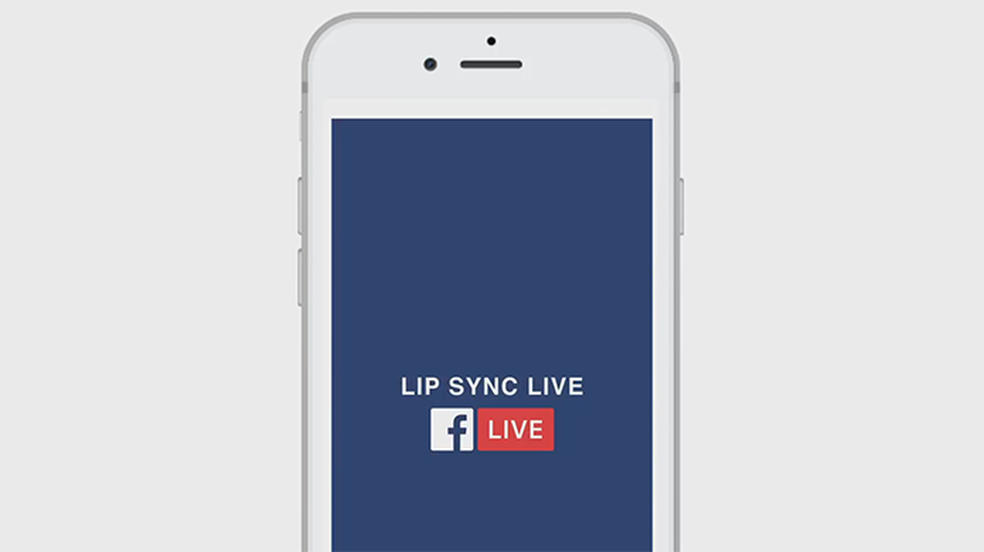 Stickers on WhatsApp: learn how to make yours on iPhone

Watch the iPad video on the Apple website now [atualizado]