The implementation of new features in the Instagram it does not disappoint except when these novelties hinder the user's experience on the social network. Recently, the company officially announced two new features that were being tested for some time, and which we even talked about here on MacMagazine: the possibility to add music only (Stories) and the ?It all? feature (Youre All Caught Up).

Music stickers on the videos

Now you can add a song to your story by placing a sticker, further personalizing your video. To add the feature, just tap the option to paste a sticker to a photo / video in the story to see the ?Music? icon.

A library with various music options will be opened with the possibility to search for specific tracks, genres and moods; You can still touch the play button to hear a preview. After selecting the song, you can fast forward / rewind and choose the exact part of the song you want to publish.

For iOS users, you can still choose a song before starting a video. To do this, open the camera, switch between recording options (?Normal?, ?Boomerang?, ?Live?) and select the new option ?Music?. Then, search for a song, indicate the exact part you want to play and record the video while the track is playing in the background.

With the feature, when your followers watch your story, they will hear the music and will also see a sticker showing the title / artist of the track. Instagram said it should soon add the option of recording music videos on Android.

?It all? feature (Youre All Caught Up)

Another very interesting feature that was announced Youre All Caught Up. And if you are that user who spends hours browsing the feed of the service, you will love the novelty. As of today, you will start to receive the message ?This all? when viewing all posts from the last two days.

Instagram said it implemented the novelty after feedbacks from users who couldn't keep up with the most recent posts. So they wasted a lot of time looking at images from a few days ago that had probably already interacted.

The publications below the ?This and everything? message correspond to posts already viewed or with more than two days of publication.

?Do Not Disturb? feature

In addition to the ?You?re in Day? feature, Facebook is testing the ?Do Not Disturb? mode, which allows the user to control the time spent with the services in order to make productivity even higher for the company's two major social networks, as disclosed by TechCrunch.

Those who work with Facebook or Instagram know that, many times, the notifications end up disturbing the concentration or even diverting attention for a few moments that can turn into a few minutes. With that in mind, ?Do Not Disturb? allows users to block application notifications for a certain pre-selected period (30 minutes, 1 hour, 2 hours, 8 hours or 1 day).

Like Apple, it appears that many other giants are also committed to the time that users remain connected to their respective services. Instagram CEO Kevin Systrom said the company is developing tools that help understand how the time people spend online impacts their lives.

The more control, the better! 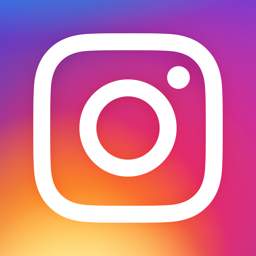 MacMagazine gets access to SDK for iPhone OS 3.2 (exclusive for iPad)

Video: adjusting the 3D Touch sensitivity of iPhones 6s and 6s Plus