Record an enormous amount of patents it does not necessarily make a company more innovative than its competitors, but at least it is a sign that the research and development department is working in search of new ideas, solutions and technologies.

Although Apple is not the most patented company in the world, it is consistently among the most prolific in this regard. Throughout 2018, the Cupertino giant returned to be among the ten companies with the most patents registered after spending the previous year slightly below the ranking.

The patent research firm IFI Claims released its study on companies that registered the most patents in the technology industry in 2018 and found that, in general, companies made 3.5% less registrations of the type in the year compared to 2017 many of the most active companies in the industry showed falls, such as the Sony (-21%), the Google (-16%) and the Qualcomm (-12%). 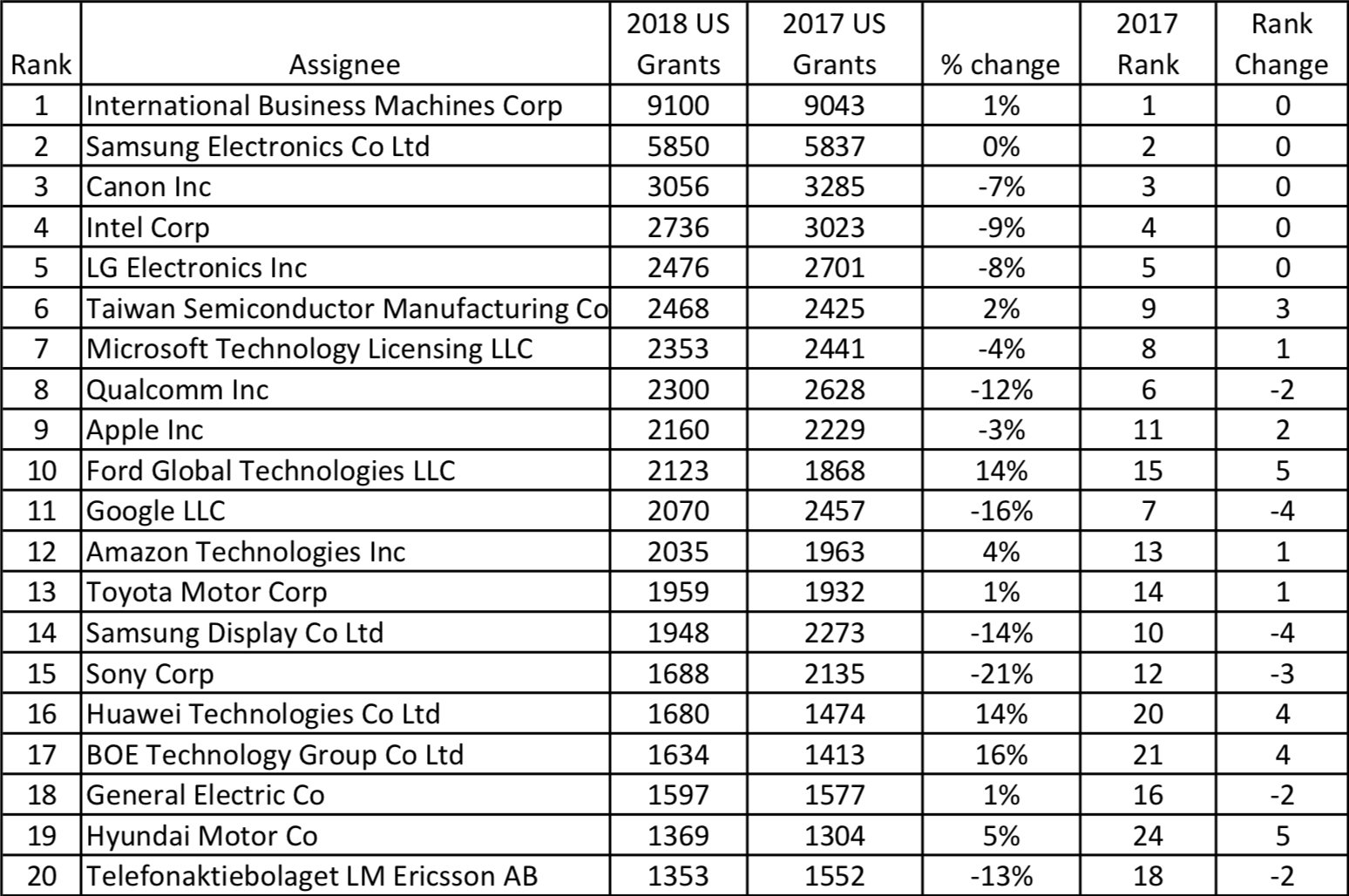 Apple, in turn, also fell: 2,160 patents were registered in 2018 against 2,229 granted the previous year, representing a drop of 3%. As the rest of the industry had an even greater reduction, however, Ma climbed two positions in the ranking and won the nineth place among the companies that registered the most patents over the year.

Without major surprises, the IBM led the group for the 26th consecutive year, with 9,100 patents registered, an increase of 1% over the previous year. O Top 5 also the same as in 2017, still composed of companies Samsung, Canon, Intel and LG, respectively. It is interesting to note the presence of Ford among the top 10, which attests to the ever closer union of automotive manufacturers with technological companies due to the coming revolution in autonomous cars.

Do we have changes in the list in the year that starts now?