Last week, we commented on the millionaire salary that Apple CEO Tim Cook received in 2018. In the same report sent U.S. Securities and Exchange Commission (SEC), the company also informed how much it spent with the executive's personal security last year: $ 310k.

Really look like? If your answer is "Yes", rethink. This figure is among one of the lowest expenditures by the giants of the Silcio Valley, as disclosed by WIRED. According to SEC filings, Intel disbursed just under $ 1.2 million to protect its former CEO, Brian Krzanich, in the company's last fiscal year. Amazon and Oracle spent about $ 1.6 million on security for their executive directors, Jeff Bezos and Larry Ellison, respectively, 5x more than Apple.

But if you were amazed at the security costs of these other companies, see how much Facebook CEO Mark Zuckerberg spent: $ 7.3 million in 2017 and, in addition, another $ 2.6 million with Sheryl Sandberg (COO of more than other companies have spent on their CEOs). According to information from the company's board, however, the annual expenditure projected only for the safety of the CEO is now at $ 10 million! 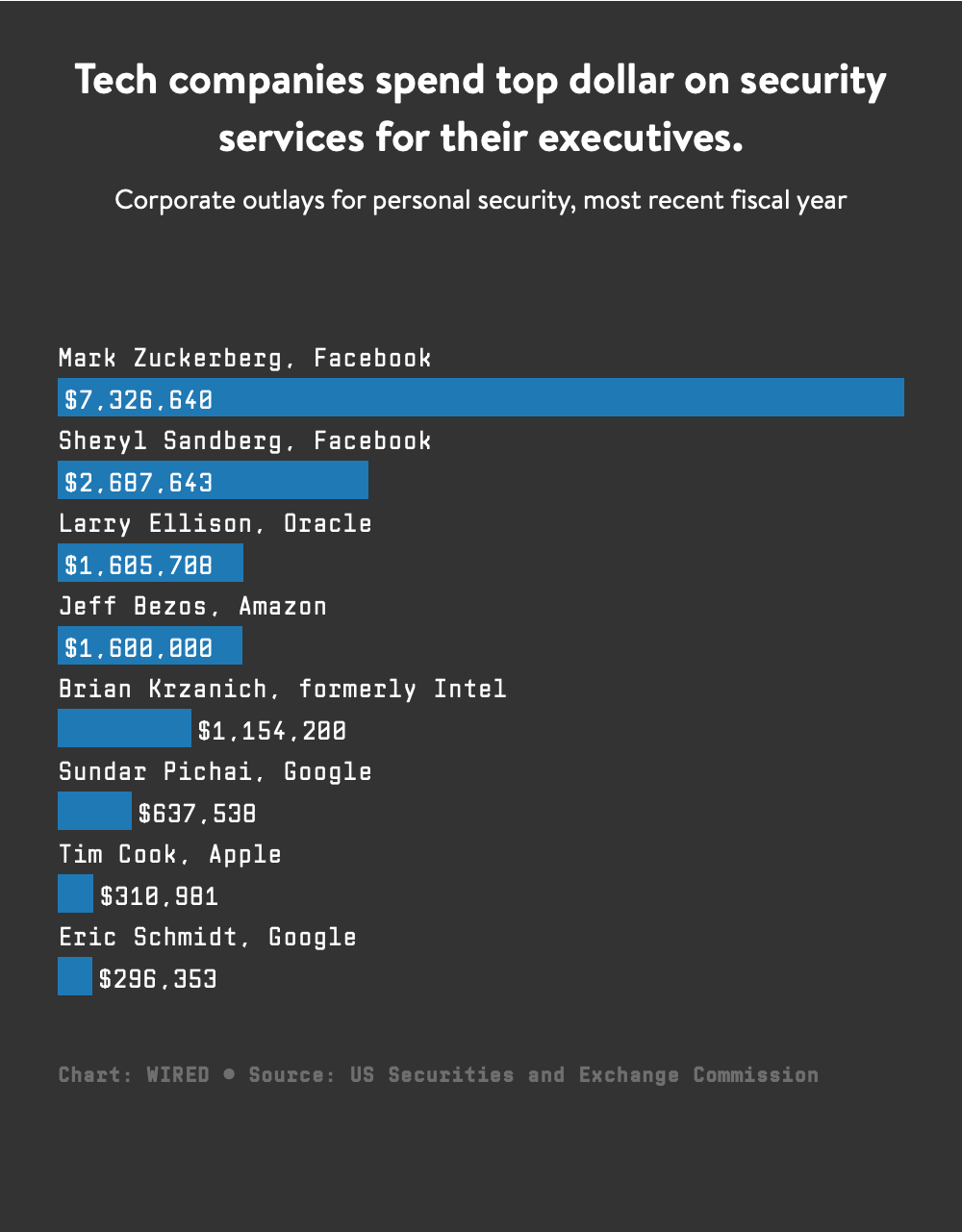 If you, like me, are wondering why such protection, a statement from the company's board of directors released last April and obtained by Fast Company explains that this has to do with Facebook's visibility.

Due to the high visibility of our company, our compensation and governance committee has authorized a general security program for Mr. Zuckerberg that guarantees security issues due to specific threats to his security arising directly from his position as our founder, president and CEO. We require these security measures for the benefit of the company due to Mr. Zuckerberg's importance to Facebook and we believe that the costs of this general security program are appropriate and necessary.

For Apple's CEO, specifically, the cost of his personal security dropped substantially last year compared to 2015, when the company disbursed $ 700,000 to protect him; however, the amount greater than that spent in the previous two years (US $ 220 thousand).