Also featured were the National Digital Enablement Wallet app, Google Duo, Tumblr's decision to remove pornography from the platform and the polemic spy apps that stalking partners' lives. Check out, in the following list, the ten subjects of the mobile application TechTudo most read in 2019.

R $ 7 thousand ride on Uber was the most widely read news from Apps at TechTudo in 2019 Photo: Carolina Ochsendorf / TechTudo

The most widely read story of the year told the story of a passenger who took a nap during an Uber ride and woke up with a bill worth R $ 7,000 to pay. The case happened in October in England.

During the user's nap, the driver, who should have covered 16 kilometers, drove more than 480 kilometers in total silence. The passenger had to disclose the case on social media for Uber to take action. The company offered to work on the case to find a solution.

The scam known as "Treme Treme" also became popular in the year 2019. Uber and 99 drivers were circumventing the GPS of the apps so that the trips had to travel a longer route than necessary, leaving the value up to four times higher for the passenger.

The fraud was applied without the user noticing, since the driver would be following the path outlined by the application. The situation was even worse when, even if punished by Uber, some scammers bought fake accounts to continue picking passengers up on the platform.

TikTok was also used by scammers to spread a scam. In one case, the bandits used videos of women dancing in bikinis, originally posted on Instagram or Snapchat, to attract victims.

Filming redirected users to an external pornography site, which generated money for criminals with each click or subscription to premium plans. ByteDance, the company responsible for TikTok, said it removed all accounts mentioned in the report by the security company that identified the crime.

A rumor that circulated on the Internet in mid-October announced the arrival of a Dutch app that would accept payment for rides with sex. The fake news was heavily researched on Google and commented on Twitter.

Rumors pointed out that the application would arrive in Brazil in 2020, and would work through monthly subscription for passengers and drivers, who could choose gender options before the supposed trips. Several factors denounced that everything was just a rumor and that the application was fake.

This list gathered some information about the operation of Uber that only drivers who are partners of the app know. Drivers are not obliged, for example, to offer water and candies during the trip, these items are optional to win the sympathy of passengers and ensure a good evaluation.

Some behavioral tips were also cited, indicating that moving away from the crowd and asking for a car in a more empty environment, after a show, for example, can guarantee more facilities when boarding, in addition to making the race cheaper.

CNH's digital version has the same legal value as that of the printed document Photo: Divulgao / Serpro

The National Driver's License (CNH Digital) started to be issued by the cell phone in an easier way, without the need to attend a post at the DMV or the use of a digital certificate. The digital version has the same validity as the paper document.

This tutorial taught how to register the document in the iPhone (iOS) and Android application. It is worth mentioning that, in order to carry out the procedure, I need the driver's license to be issued as of May 2017 and to contain a QR Code on the back. 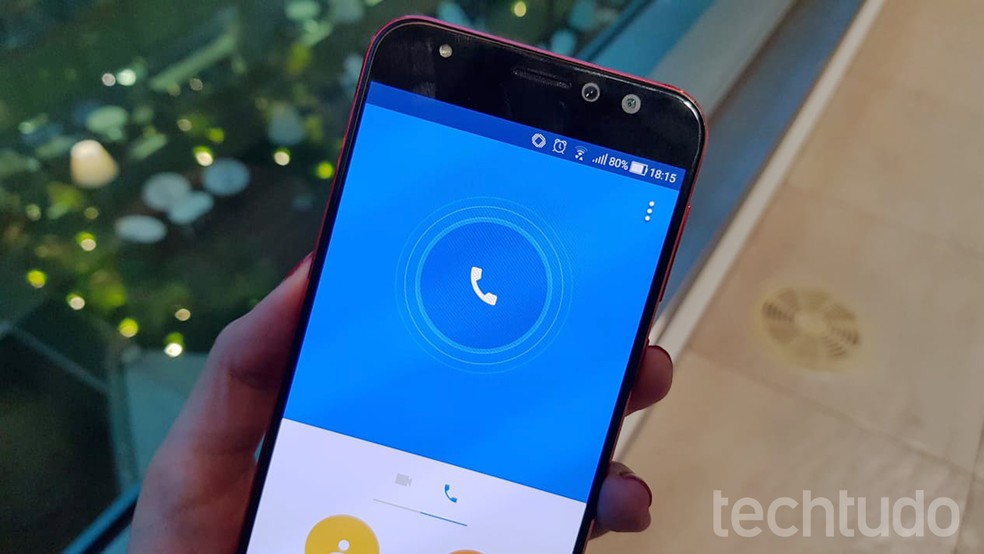 This list showed some of the most interesting features of Google Duo, Google's video call application that is already installed on Android and which is also available for iPhone (iOS). Among the listed functions is the possibility to see who is calling before answering the call, send messages on video or audio, make the registration using only the cell phone number and use the application on tablets.

Tumblr, which decided to ban pornographic content from its platform in 2018, lost 84 million users in March 2019. The drop was recorded by the SimilarWeb service in the three months following the pornography restriction. Although the service has already shown a reduction in the number of accesses in the previous months, the ban received many criticisms from users, which may have resulted in the abandonment of these profiles.

This article explained how stalkerware applications, smartphone spy services that grew by 228% in Brazil in the last year, work. With the software, users, who are often controlling relatives or jealous love partners, can track all activities performed on the victims' devices, without their consent, having access to information such as location, conversations on social networks and even recording videos. and audios.

10. The most downloaded apps

Facebook Messenger was the most downloaded app of 2018 Photo: Wallace Nascimento / TechTudo

This list, published in January, showed the ten most downloaded apps of 2018 in the world. Messenger, Facebook and WhatsApp, all from the same business group as Mark Zuckerberg, secured the top spots on the list. TikTok, Instagram and Snapchat also appear in the ranking. These same applications were also the most downloaded in the decade.

Best of the Year TechTudo 2019: discover the winning apps

Deals of the day on the App Store: Polarr Photo Editor, Sketchworthy, DailyArt PRO and more!