The Karaoke Party is an application to sing karaok alone or together with your friends. The free app is available for Android and iPhone (iOS). Most of the songs are released, but some songs are exclusive to the VIP plan, starting at R $ 9.50 per week. At the end of the game, the tool displays a ranking with the performance achieved by the participants of the game.

The service is useful for those who like to develop singing skills, whether for fun or professionally. In the following tutorial, check out how to use the Karaoke Party app to sing your favorite celebrity songs. The procedure was performed on an iPhone 8 with iOS 12, but the tips are also valid for users of devices with the Google system. 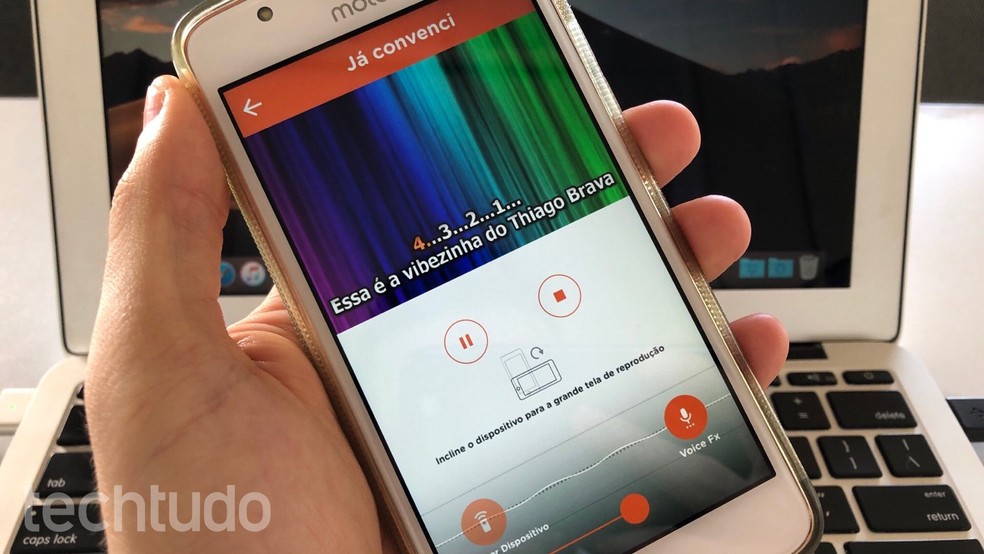 Learn how to use the Karaoke Party app to have fun alone or with friends Photo: Helito Beggiora / TechTudo

Step 1. Install Karaoke Party on your phone. When opening the app for the first time, you need to create an account and set up the app. If necessary, tap "English" in the upper right corner of the screen and select "Portuguese". Then, go to "Create account" to register; 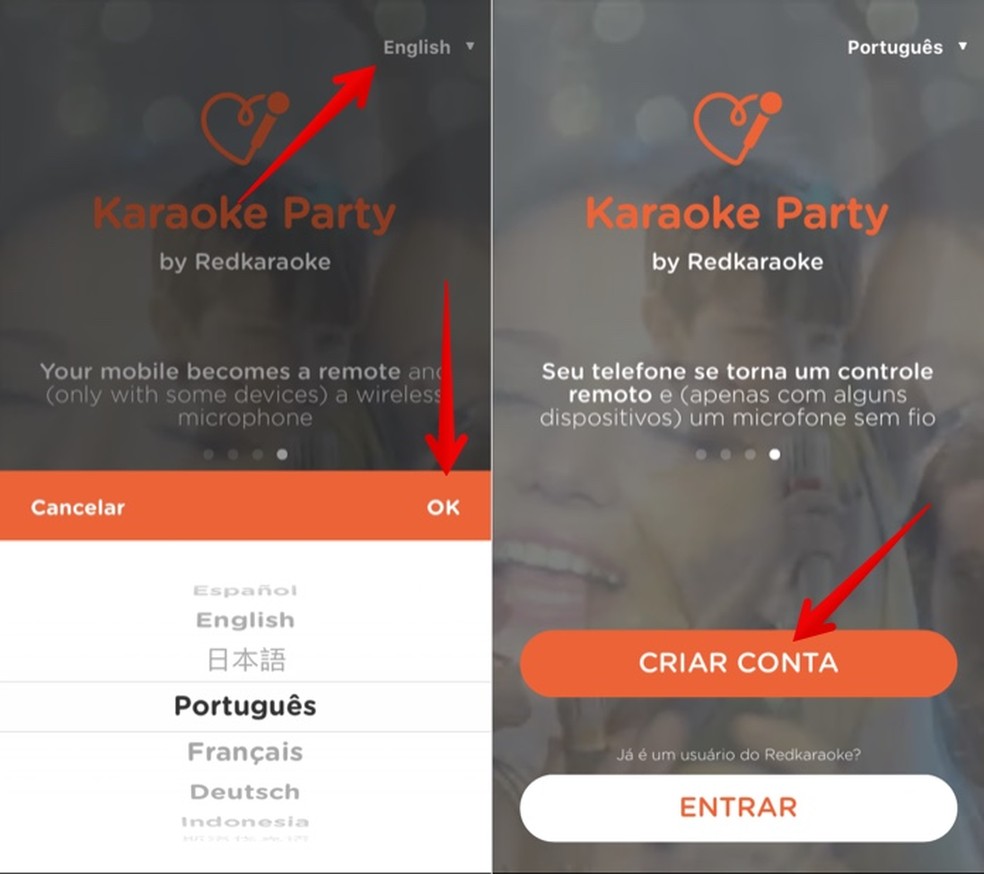 Step 2. Next, select the preferred language of your music (at least one) and the musical styles you want to sing (at least three). After each configuration, click on "Next"; 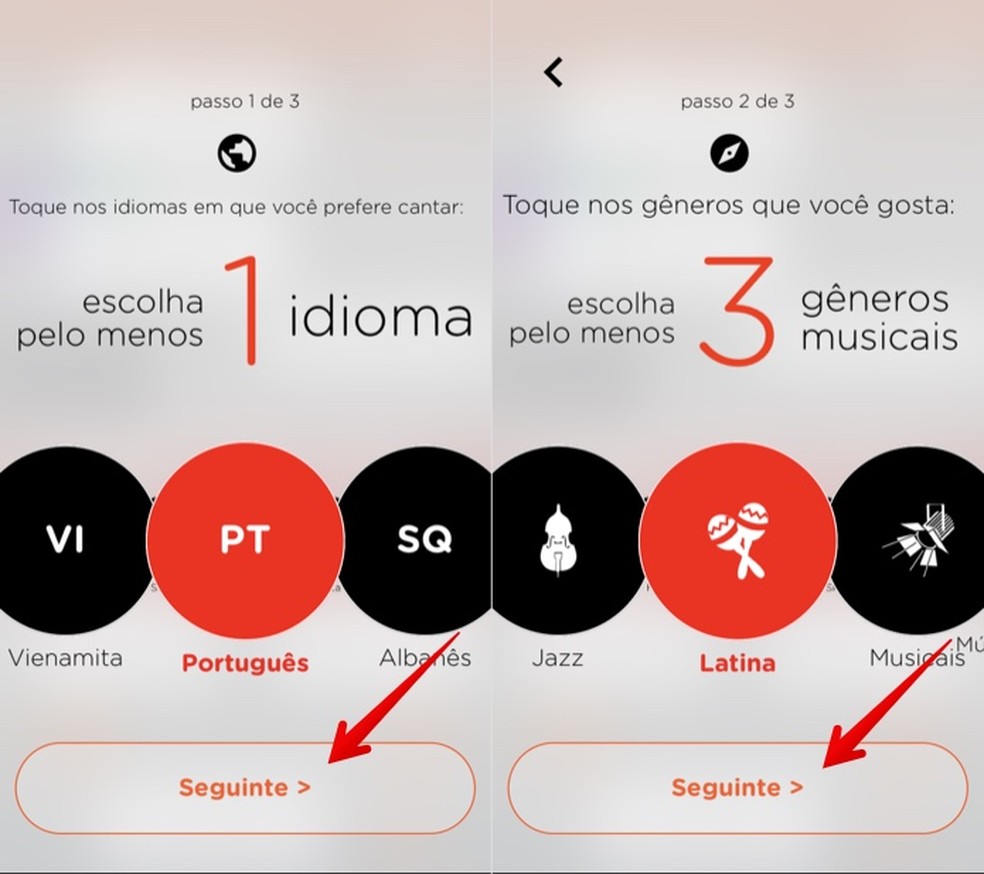 Step 3. Finally, go to "start singing". The Karaoke Party, then, show some usage tips about the app. Touch the "X" in the upper right corner of the screen to close the recommendations; 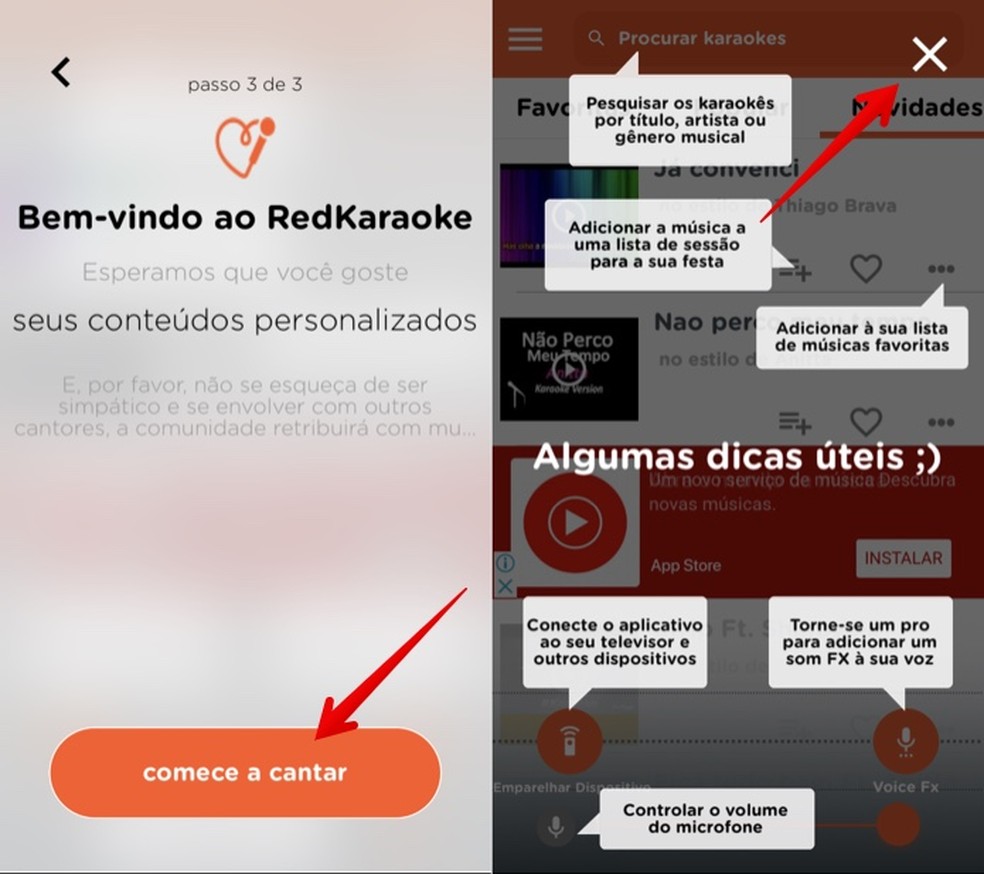 Step 4. The user can find songs to sing in the "Popular" and "What's New" tabs, in addition to the search bar at the top of the screen. Use the buttons just below the name of each song to add it to your playlist or mark it as a favorite in the symbol; 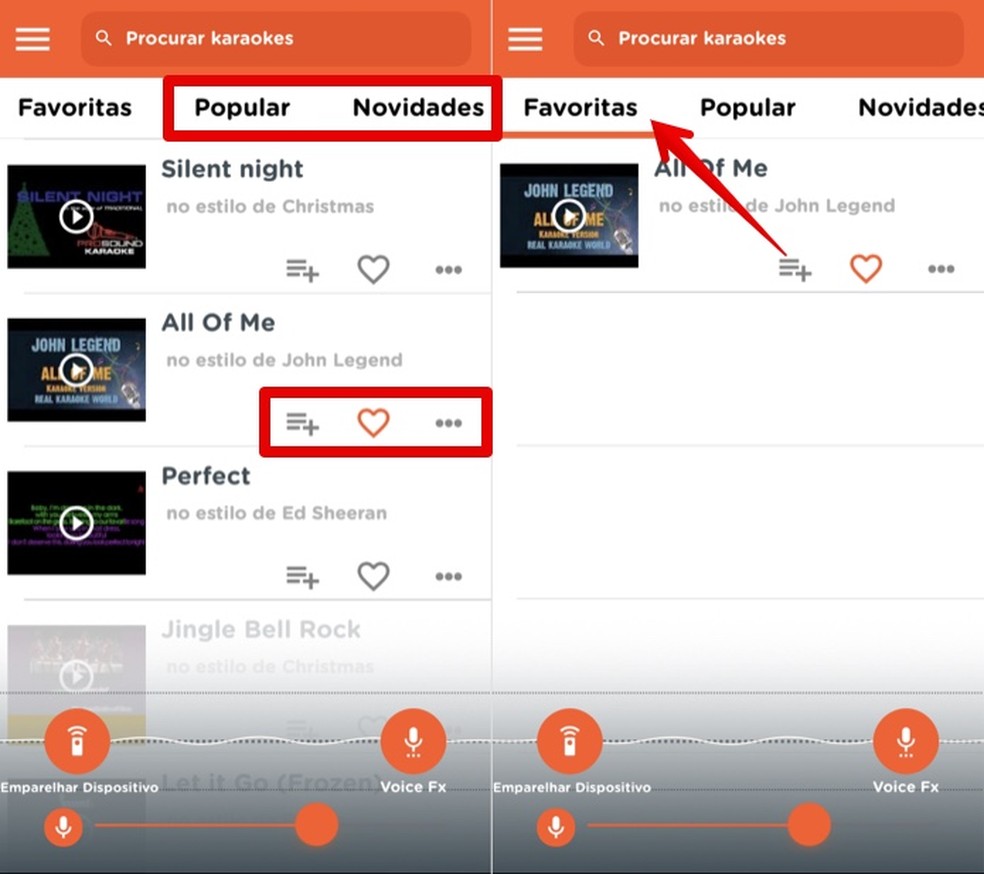 Step 5. Use the "Voice Fx" and "Pair Device" buttons to adjust vocal effects, sound preferences and connect the phone to other devices, such as external microphones. You can change the volume on the microphone from the slider at the bottom of the screen; 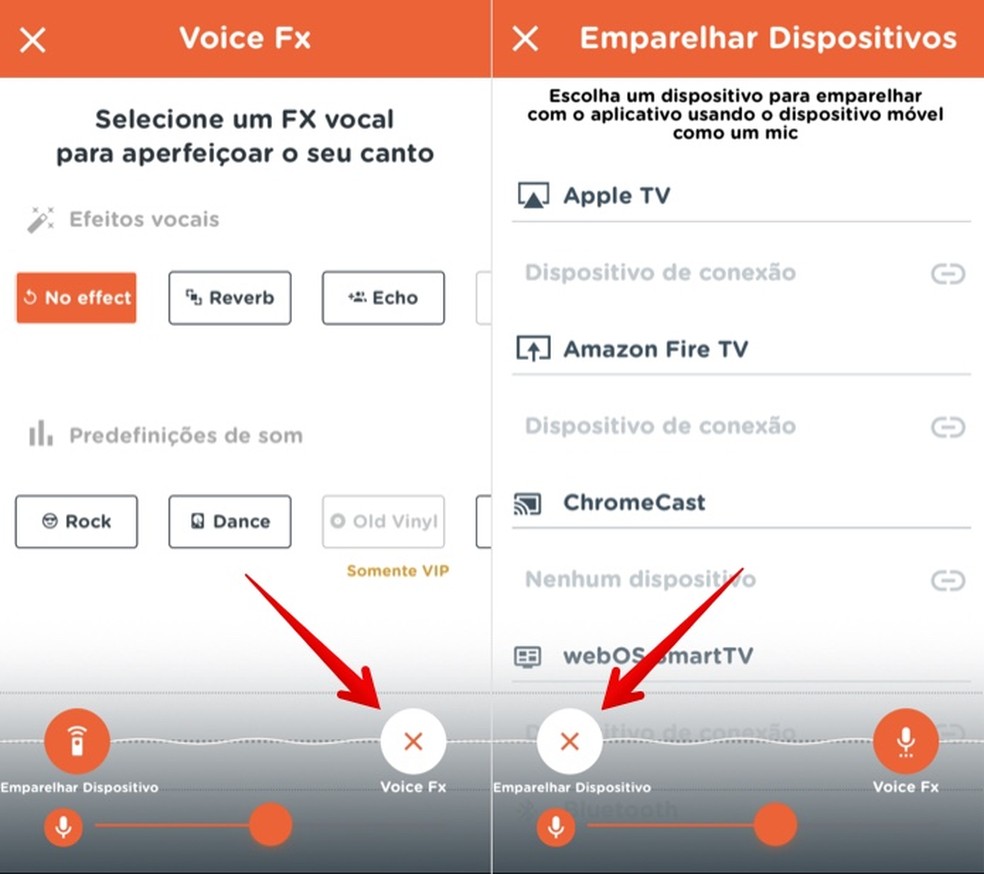 Step 6. Click on the name of a song to sing it. Then choose who will sing: you or a friend. For the first alternative, just tap on your username. Otherwise, go to "Insert new player's name"; 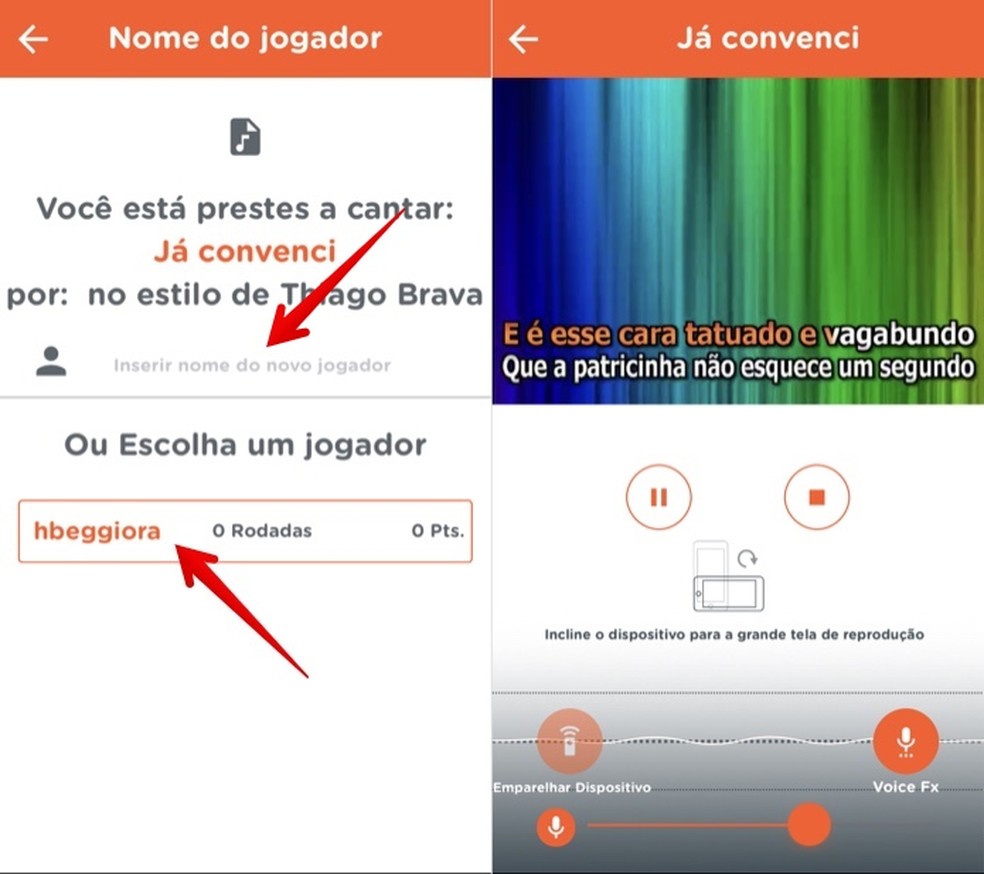 Step 7. When the song is finished, see your score. In addition, if you are in a duet with other friends, you can follow the ranking of each participant in the overall ranking. 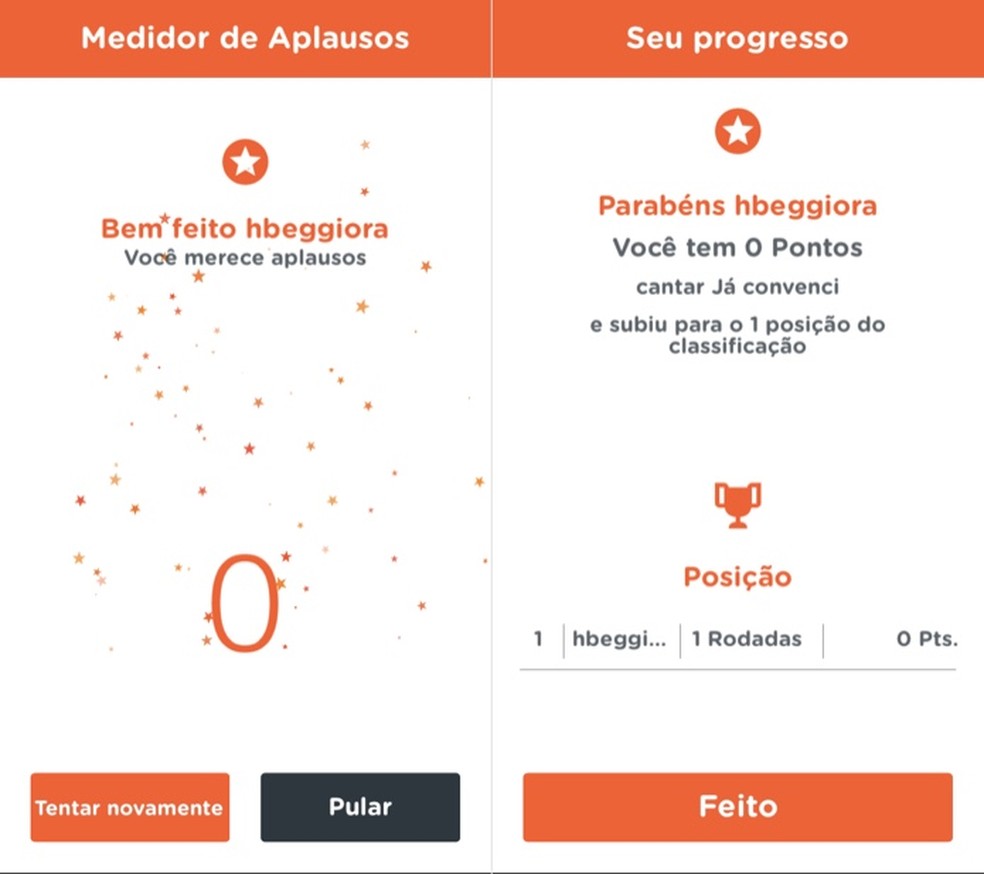 Ready. Enjoy the tips for playing karaok with the free Karaoke Party app on your phone.

Spotify, Rdio or Deezer: what is the best music streaming? Comment on TechTudo's Forum. 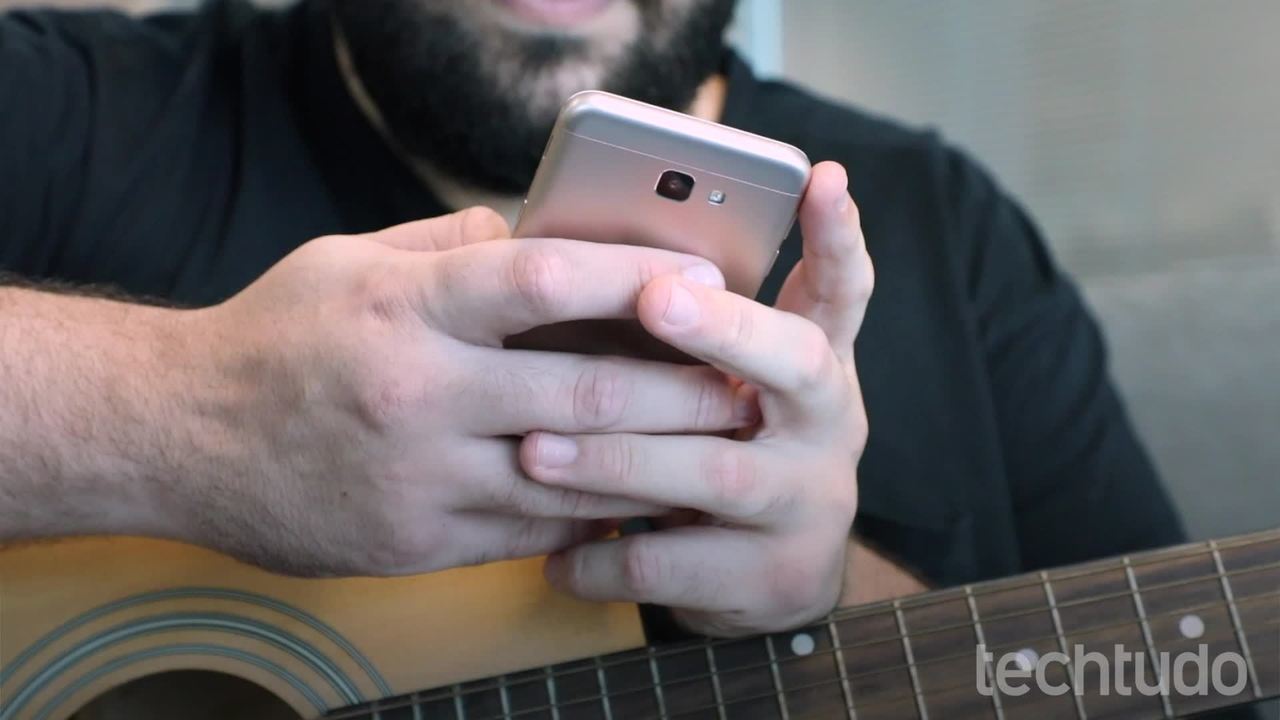 Reminder: Apple Brazil has a 14-day return and refund policy

Brazil vs Mexico live: how to watch the World Cup match online | Audio and Video