Actor Adam Sandler was a victim of hackers and had his Twitter profile hacked last week. The comedian's account was used to share a series of racist messages, in addition to publishing fake texts involving singer Mariah Carey, who was also hacked on the microblog, but on the last Friday of the year (31).

READ: Eight shameful celebrities on the internet in 2019; Look

Adam Sandler and Mariah Carey are part of an extensive list of celebrities who have had their social media accounts hacked. Demi Lovato, Lusa Sonza, Robert Downey Jr. and Ariana Grande are among the names that have suffered from the action of hackers and have had their intimacy exposed or disseminated, albeit unintentionally, false and offensive information on the Internet. In the following lines, check ten times that the famous had hacked social media accounts and learn how to protect themselves from the action of invaders. 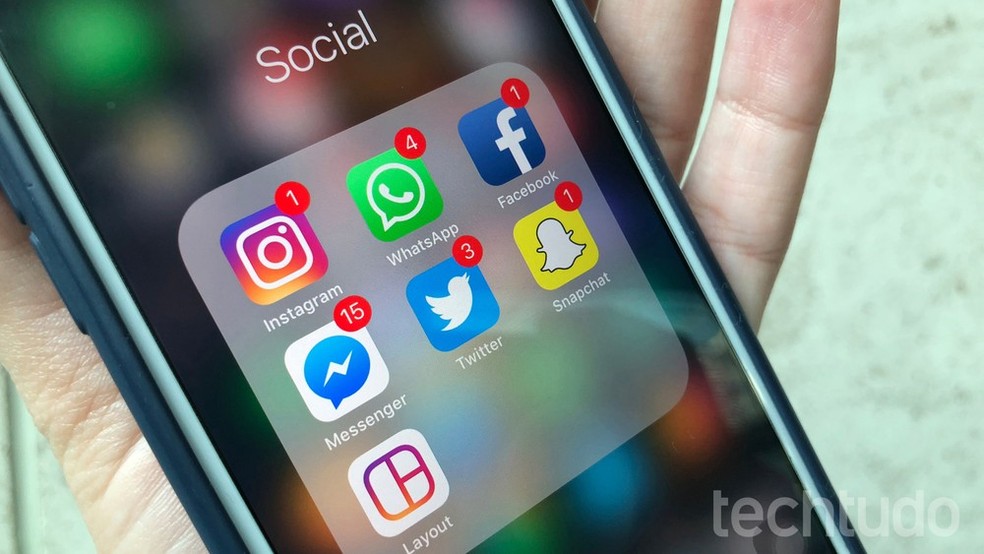 Remember ten times that celebrities had hacked social media accounts and learn how to protect yourself Photo: Nicolly Vimercate / TechTudo

Actor Adam Sandler had his Twitter profile hacked last Thursday (2). A series of racist and sexual content comments were shared by the account of the comedian, who has 2.4 million followers. One of the publications endorsed by the hacker read "@BarackObama you are an orangutan monkey". Another tute stated: "I just had sex on the phone with @MariahCarey". The messages remained on the air for a few minutes, and the account was quickly recovered by Sandler.

Singer Mariah Carey did not have a very pleasant New Year's Eve. That's because, on the last Friday of 2019 (31), she had her Twitter profile invaded. The hackers deleted all posts and published messages with pornographic content, name calling and even a tute quoting Eminem, singer with whom Mariah would have had an affair about 19 years ago. "Eminem has a small penis" said one of the posts. The account has already been recovered.

In July 2019, actress Marina Ruy Barbosa was a victim of criminals who gained access to her Instagram profile and, posing as her, announced that they were donating iPhones to followers. The fans quickly managed to alert the actress to what had happened, and she turned to Instagram to get access back. Three months later, in October, the situation was repeated with actress Cleo and singer Ludmilla.

The drag queen singer Pabllo Vittar's YouTube channel was the target of a hacker attack in 2017. The attackers excluded the clip KO, which had more than 100 million views, and included a photo of the then federal deputy Jair Bolsonaro in place of the image of profile. In addition, hackers uploaded music videos with offensive lyrics that made reference to pedophilia.

The account of actress and singer Selena Gomes on Instagram, then with more than 125 million followers, was hacked in 2017. The hacker posted a nude of singer Justin Bieber, Selena's ex-boyfriend, which made the situation somewhat embarrassing . The attacker also changed the bio description and changed the user's profile name to "islah gomez".

Another celebrity who suffered from the exposure of nudes, but this time personal, was the singer Lusa Sonza. In February of last year, she had an intimate photo posted on her own Instagram account, whose password had recently been lost. In a series of stories, Lusa explained that the nude had been sent to her husband, youtuber Whindersson Nunes, the night before the publication and defended herself from people who accused her of posting the intimate image.

In 2017, singer Ariana Grande was a victim of hackers who broke into her Instagram profile. In possession of the account, they published racist, xenophobic and misginas phrases and photos. Fortunately, the owner of the hit "7 Rings" managed to regain access to the social network and delete all offensive posts.

In October 2019, Demi Lovato's Snapchat was hacked by hackers, who published intimate photos of the singer. Fans reported seeing a SnapStory with a link that, when dragged up, redirected the person to a forum with a number of celebrity nudes. The post was online for less than an hour, but Demi did not comment on the matter.

Last year, actor Robert Downey Jr. joined the extensive list of celebrities who have already had Instagram hacked. The attacker published photos of fake iPhones sweepstakes, which aroused fans' curiosity. On his Twitter, Downey Jr. warned followers of the incident and asked them to wait until the account was recovered. After the clarifications, the Iron Man interpreter used a photo of the Marvel universe to warn, with humor, that everything was back to normal.

One of the most legendary journalists on television, Cid Moreira had his Instagram hacked in June of his senior year. The attacker took over the account, deleted posts and caused him to lose about 250,000 of his more than 300,000 followers. Moreira, who had recently become a digital influencer, appeared on a video next to his wife to explain what happened and ask for the support of admirers. Fortunately, the journalist managed to recover the lost followers and today he is accompanied by more than 628 thousand people on the social network.

The first step in protecting your account is to create a strong password, which combines six or more characters, between letters, numbers and special symbols. On the Internet, it is common for users to repeat the same password on all social networks so as not to risk forgetting the password. This practice, however, is an error and can open loopholes for credential stuffing, leading the victim to lose access to more than one account.

In addition to using different passwords, have the habit of changing them periodically, especially if the social network sends a message signaling the need. This happens when, during automatic security checks, the system retrieves login information that has been stolen from other sites. That is, if you receive the message, most likely your combination is already compromised.

Enable two-step verification so that your Instagram doesn't fall into the hands of hackers Photo: Marvin Costa / TechTudo

To strengthen account security, enable two-step verification. By requiring identity verification, the feature helps protect the action profile from attackers. It is also important to never select the option Keep me connected if the device is not for strictly personal use, as if you do this, your data will be recorded and can be accessed by anyone.

Some of the celebrities mentioned in the list suffered from the leakage of intimate content. Therefore, another prudent recommendation is to avoid sharing nudes through direct messages, especially with strangers or little-known people. In addition, it is worth disabling the upload of this type of media in the cloud, since, in case of theft of the service user password, the data can be accessed by third parties.

Error adding location on Instagram; what to do? Ask questions in the TechTudo forum.

How to do quizzes and questions on Instagram Stories: I never, Stop and more

See what a version of the MacBook Air would look like with an 11.6-inch screen

How to learn guitar with Coach Guitar | Education

How to use the Floating Counter on your cell phone | Productivity

Google's 3D animals are a hit on the Internet; know how to use | Utilities