Digital credit cards, which work with the help of applications, are the new fever among smartphone users. A story that better explains the service was the highlight in the app editor in 2018. In addition, the year was an alert year for users of social networks. Criminals bet on creativity to develop scams using famous brands, such as Uber and Burger King, to steal users' personal and banking details. WhatsApp was the main target of the bandits to spread false promotions.

Meanwhile, TikTok, a short video app, has become a fever worldwide, beating Facebook and Instagram in number of downloads. Check out a retrospective of the topics related to the most widely read mobile applications at TechTudo in 2018.

Discount coupon of R $ 300 from Uber Plus scam, alerts PSafe 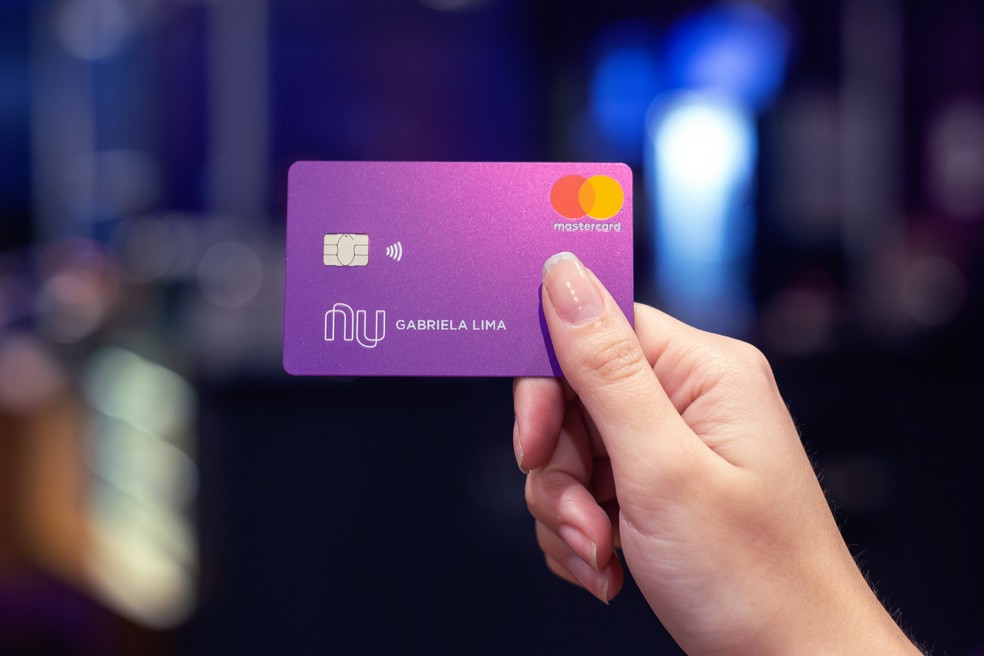 Digital credit cards have become feverish among users. Still in the month of May, TechTudo explained that, among the reasons for the high enrollment, are the zero annual fee, the facility to request a card without having to go to a physical agency and the convenience of solving everything by smartphone, without paying extra fees. In addition to the pioneer and most famous Nubank, other cards are available in the country, such as Agibank, Credicard Zero and Pag. All use the Mastercard banner and have apps for iPhone (iOS) and Android.

In January, criminals used the brand of Burger King to try to steal users' data through WhatsApp, offering a false promotion. A malicious link asked users to fill out a form with personal information in exchange for a R $ 50 discount coupon on snacks. When performing the procedure, the cell phone was infected with fraudulent apps, which could make the device vulnerable to financial scams. According to PSafe, at least 350,000 people were trapped. 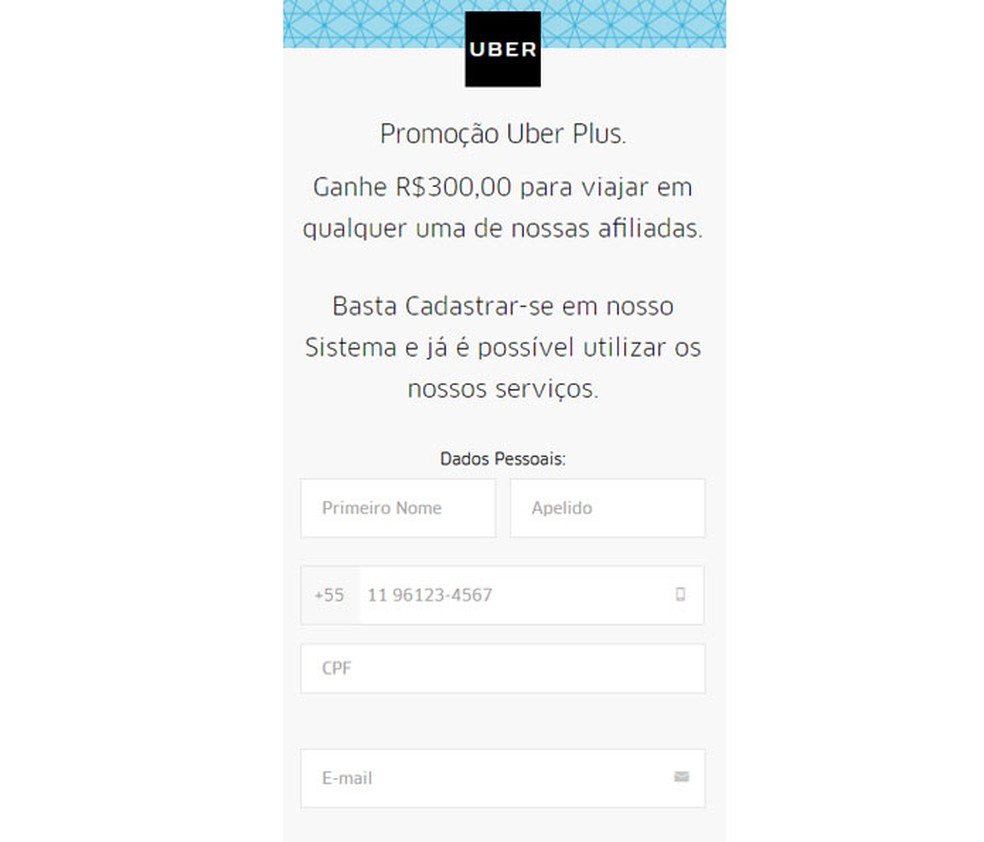 Uber was also used by bandits in false promotions posted on social networks and on websites that copied the official page of the service. The scam was called Promoo Uber Plus, and tried to attract people by offering alleged discount coupons of R $ 300 on the platform, by filling out a fraudulent form. At least 85,000 people clicked on the link. In contact with TechTudo, Uber advised that users should always check for valid promotions on the company's official website. 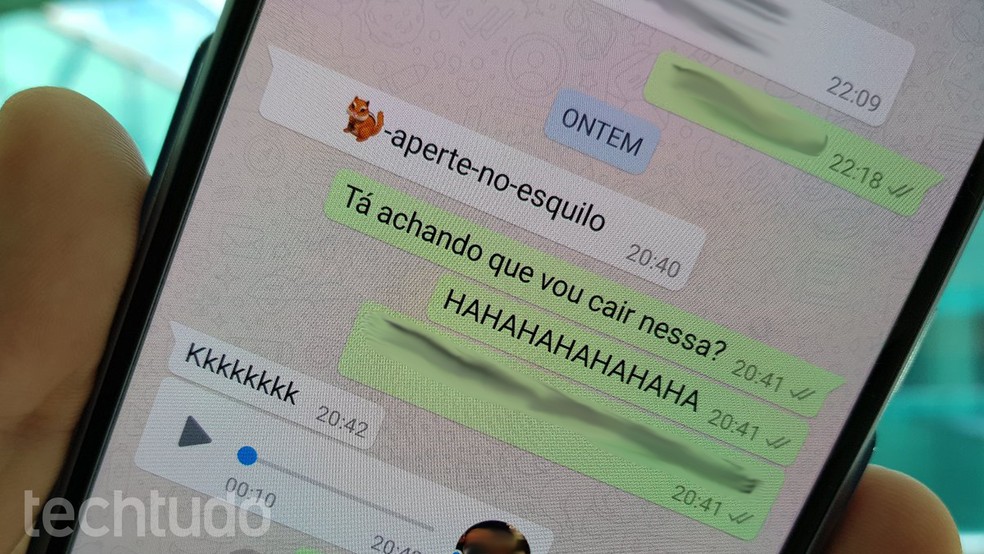 An apparently harmless message caused disruption on WhatsApp for Android in the month of May. A chain containing the squirrel emoji would lock the phone when touched or if the user tried to delete it. The text also contained the phrase in touch here. The problem occurred because the message contained more than 4 thousand hidden characters, a larger number than that supported by the messenger, which made him responsive. Although it is not a virus, it was necessary to restart the app or cell phone to unlock the service.

5. The most downloaded apps of all time 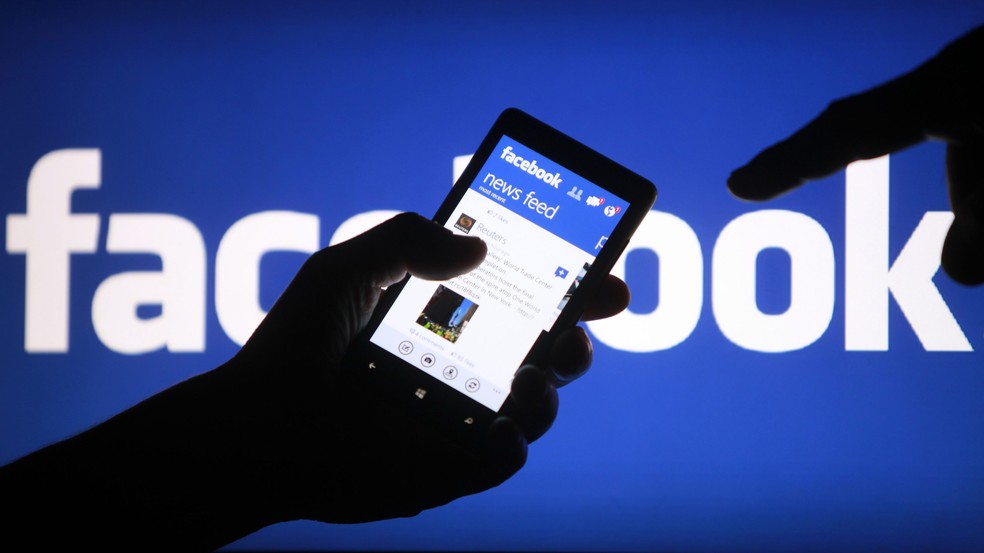 Facebook app the most downloaded of all time Photo: Reproduo / Quangnam Tourism

Facebook is the most downloaded app of all time in the Play Store and App Store, with more than 330 billion downloads in the Google store and 170 billion in the Apple store. says a study by App Annie, a provider of data in the application market. The list also includes WhatsApp, Facebook Messenger, Instagram, YouTube and Snapchat. The report was created in celebration of the 10th anniversary of app stores. 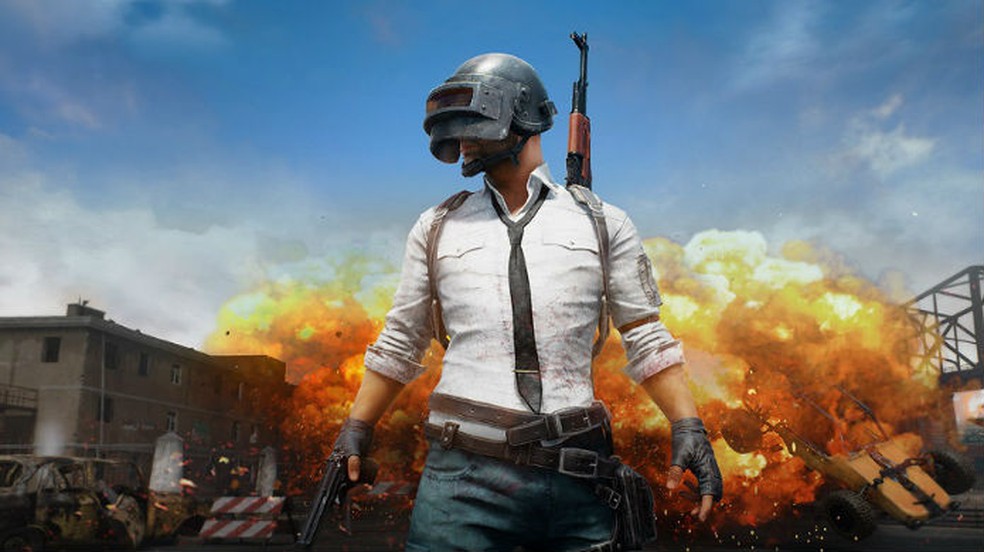 Google released the list of best apps for Android in 2018. The winners were the game PUBG Mobile, in the games category, and Drops: Learn 31 languages, in the apps category. The winners were chosen by a panel of company experts. Other services in various categories were also awarded, such as more fun, better self-improvement and better daily helpers. For the first time, the public was able to vote for a popular category.

7. Group call for everyone on WhatsApp

In July, WhatsApp released group video calls to all iPhones and Android users. Until then, the service was being tested in the Beta service of the tool. The messenger allows you to hold audio and video conferences with up to four people at the same time. According to the company, participants spend more than 2 billion minutes a day on calls on the platform. 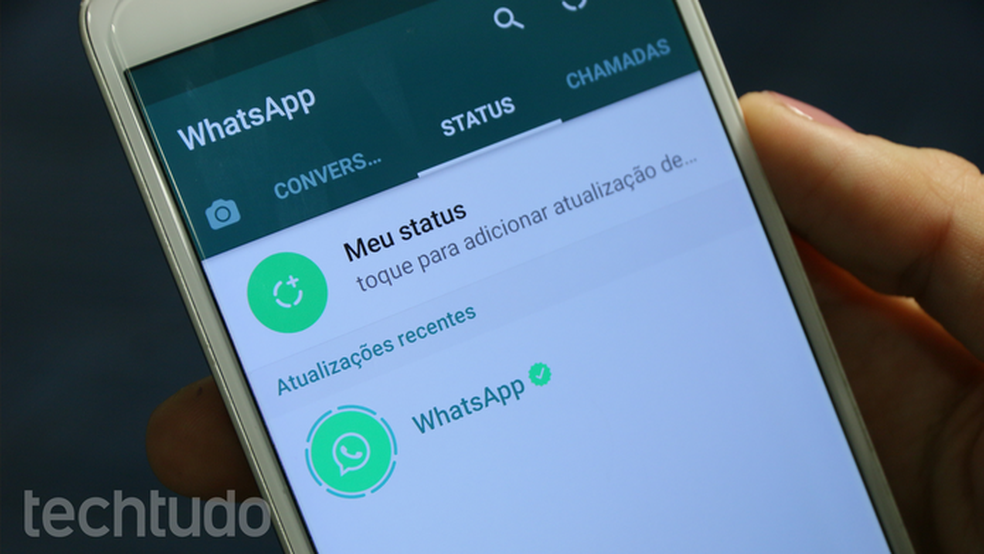 A list gathered curiosities about the messaging applications used in Brazil and in the world. Among the most impressive findings, is the fact that WhatsApp Status is much more successful than Stories, adding 450 million active users per day, against 300 million on Instagram. Other data from the survey showed that more than half of Brazilians use WhatsApp and that SMS is still widely used today. 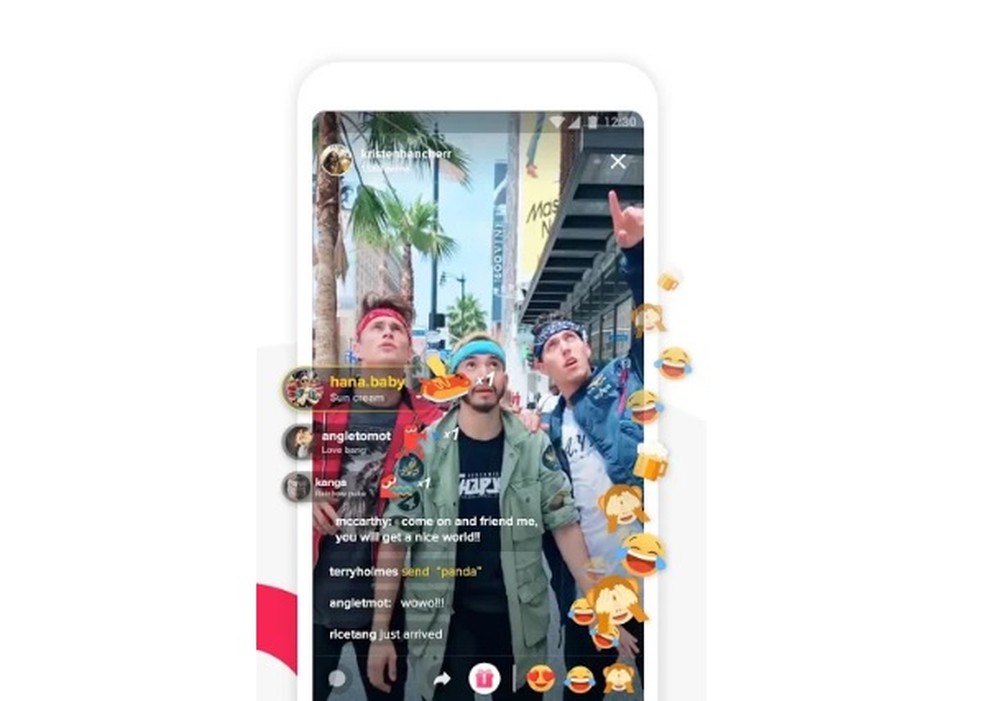 Previously called Musical.ly, TikTok won over 130 million users worldwide, outnumbering Instagram and Facebook in number of downloads in the United States in October. The app is a social network that features short videos of up to 60 seconds, with a focus on voiceovers and humorous posts. In Brazil, digital influencers already accumulate more than 200 thousand followers in their profiles on the platform. 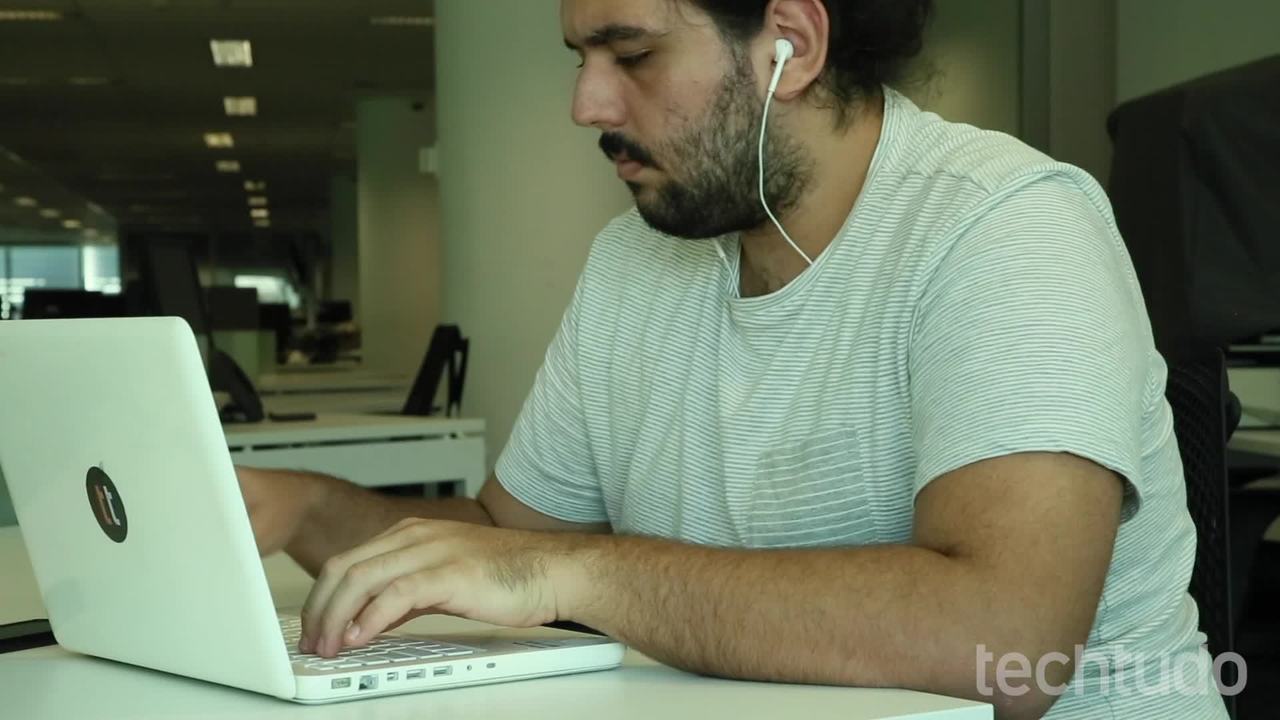 How to register CNH Digital and activate on the services portal

In this month, the National Digital Driver's License (CNH Digital) started to be issued more easily by the smartphone, without the need to attend a Detran post to confirm personal data or issue a digital certificate, a procedure that was mandatory until then . The validation of the digital version of the document is now done within the application itself, using the camera to confirm security items. Drivers who have a license issued from May 2017 may request CNH Digital, who have a QR Code printed on the inside.

Apple gets permission to build another Irish operations building

Uruguay vs Portugal live: how to watch the World Cup match online | Audio and Video