Apple continues, slowly and always, adding new features to its Maps that is, before the major renovation that will begin with the arrival of iOS 12 and extend over the following years. Shall we take a look at them?

The company is adding the internal maps of some airports and shopping centers in countries such as the United States, Canada, Finland and Spain. Only five airports Dallas-Fort Worth, Dallas Love Field, Logan International (in Boston), Halifax Stanfield (in Enfield, Canada) and the Airport of Helsinki and several shopping centers in cities like Barcelona, Madrid, Bilbao, Miami and Phoenix. 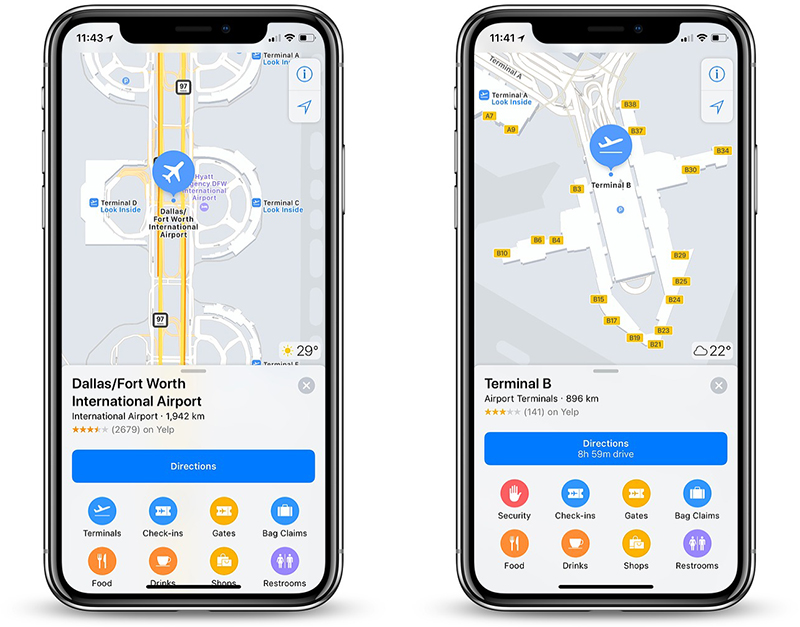 Two weeks ago, another batch of shopping malls in Canadian cities had already received the new resource, as it brought the MacRumors. Among the cities covered, it is possible to mention Montral, Saint-Bruno, Ottawa, Toronto, Hamilton, London, Winnipeg and Calgary. The complete list of locations, as usual, can be viewed on this page.

All locations that already have public transportation information on Apple Maps can also be viewed on this page.

Learn how to make GIFs on PC, mobile and direct on WhatsApp

Xiaomi postpones Android 10 arrival on Mi A3 due to coronavirus

Company retrieves satellite remotely. It was the first successful mission of its kind