Nothing new under the sun since 2012, but still worth reinforcing: the Apple remains the largest personal computer vendor in the world. 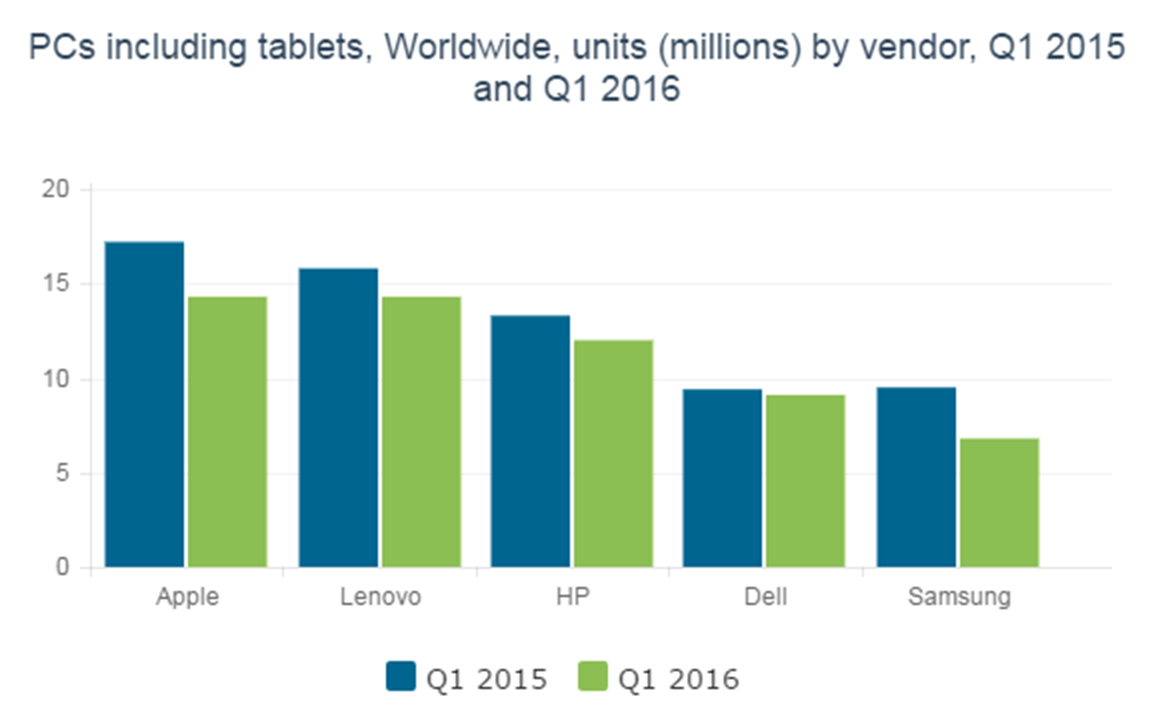 The latest PC market statistics for the first quarter of 2016 come from independent review firm Canalys, which shows a leading but stormy scenario for Apple and a disappointing one for manufacturers overall: Ma shipped 14 million units in the period, representing a 14% share of the market which, in total, sold 101 million machines. Following Apple's leadership, in order, Lenovo, HP, Dell and Samsung.

The grim note that this total sales figure represents a 13% drop on a year-on-year basis, making sales the lowest since summer 2011. Apple, meanwhile, fell 17% year-on-year, a higher drop in the industry.

It is good to note that Canalys's analysis includes as ?PCs? any computing machines, including desktops, notebooks, hybrids and even tablet tablets, by the way, which are the biggest culprits in the industry's overall sales slump, with its numbers falling. 15% over last year. Another factor responsible for the decrease comes from China, which is buying less of everything, be it PCs, smartphones or anything else.

Finally, as a last dose of concentrated pessimism, Canalys notes that consumer interest in buying a new PC has never been so low, and that the trend for the rest of 2016 is for numbers to fall further.

Are we talking, therefore, of an extinct market or just lacking in news? Let's wait for the scenes of the next chapters

Netflix launches "Top 10" so you don't miss out on trends

Samsung's external SSD brings speeds of up to 1,050MB / s and protects your data with digital!

Toptal: The platform that brings together freelancers and companies to facilitate the task of recruiter and candidate