According to Apple, the update fixes an issue where some iPhone XS devices did not charge immediately when connected to a Lightning cable, and resolves an issue that could cause new iPhones to join a Wi-Fi network at 2, 4GHz instead of opting for the same network at the 5GHz frequency. 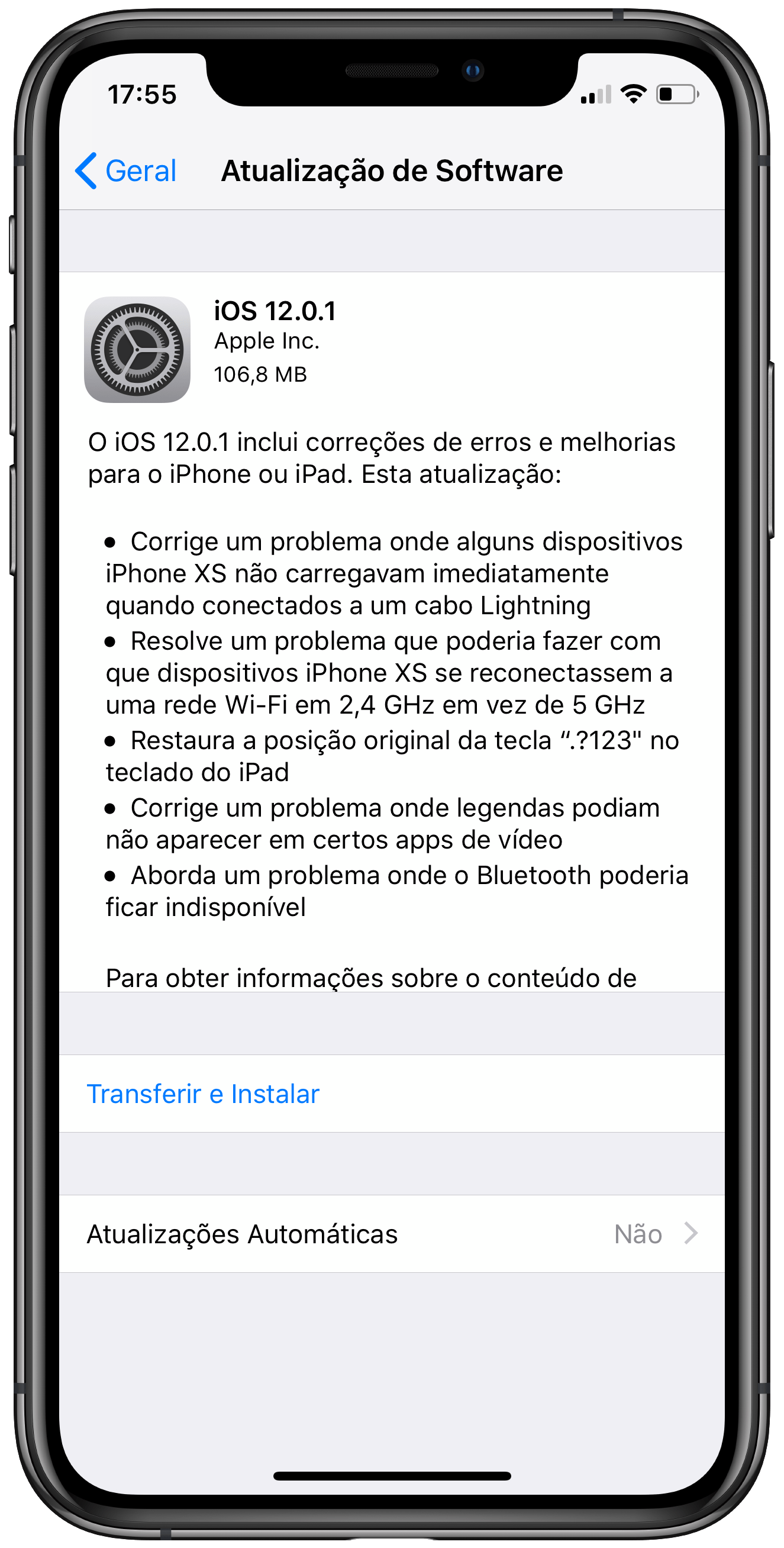 In addition, iOS 12.0.1 restores the original position of the ?.? 123 ?on the iPad keyboard, fixes an issue where subtitles may not appear in some video applications and resolves an issue where Bluetooth could become unavailable.

The update is already available through iOS devices themselves (at General Settings Software Update) or iTunes (using a Mac or PC).

To perform the process, simply download the update package for your device. Then connect the player to the Mac / PC, open iTunes, go to ?Summary? and click the ?Check for Update? button while holding down the key (Option). In the window that opens, navigate to the file you downloaded and select it. Then follow the onscreen instructions, wait a few minutes and you're done.

Video: mastering the Do Not Disturb feature on iPhone

Beats Support in Brazil: a mix of frustrations and good news