One of the new emoji of 2019, announced last Tuesday (5), caught the attention of users around the world and became a joke on the Internet – in Brazil, it has earned the name "mixuruca". This is because, like many other emoticons, the symbol has gained sexual connotation. The icon is officially called Pinching Hand, something like "Hand Pinching" in free translation. The hand, which serves to identify something small or diminutive, has taken on double meaning and is being shared to symbolize small penises.

Know the most used emojis in Brazil 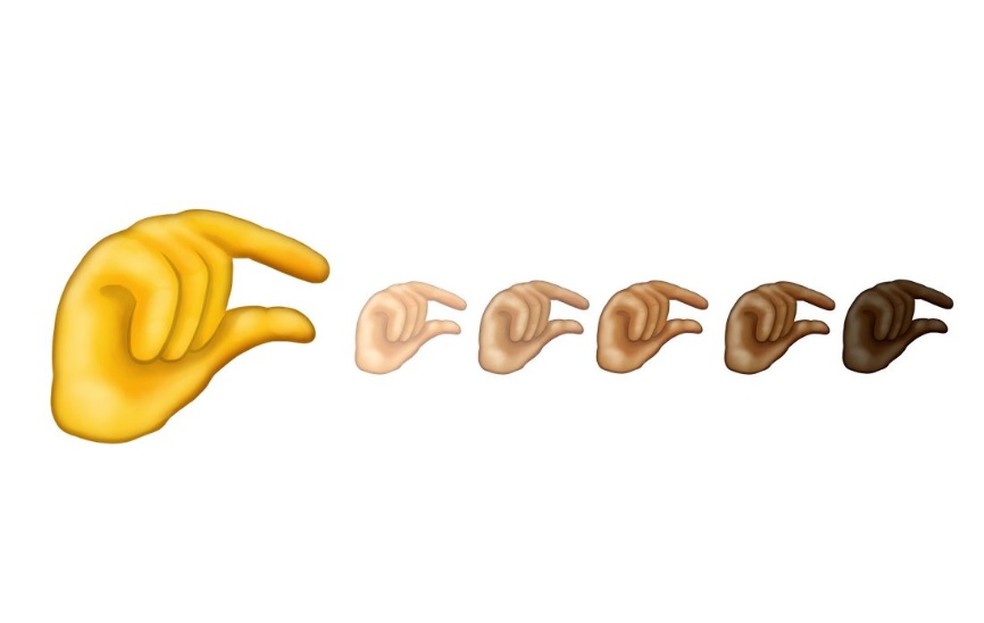 Emoji "Pinching Hand" has gained double meaning in social networks and is being associated with "mixuruk" things.

On Twitter, the figure was massively interpreted as a gesture to identify a small male genital organ with a tone of humor or mockery. A lighter alternative related the emoji to the gesture made by Professor Raimundo, character of Chico Anysio, when speaking the board AND the salary, on television.

Pinching Hand shows a closed hand with the thumb and index finger next to each other. According to Emojipedia, the cone should be used to suggest that something small or to gesture a small amount.

very happy for the posthumous tribute to Chico Anysio and also helpful to talk about the salary of teachers (who I'm kidding, general will use only to mock the penis of others) https://t.co/OSV5QwVT2h

A Canadian study published in 2018 explored the use of emojis with sexual contexts. More than half of the nearly 700 participants said they use figures with second intentions in private conversations. According to the article, the three most sent and received icons with this content were the tongue (), the eggplant () and the beads of sweat (). Already the most common human emoticons were the face with a suggestive smile (), the blinking face () and the emoji sending a heart kiss ().

In Brazil, Lua emojis also receive sexual interpretation, especially in WhatsApp conversations. The enigmatic expressions printed on the figures leave users in doubt whether to use them as a sign of irony or to have a malicious sense.

Other emojis also had the meaning altered by the users, but without receiving sexual stimuli. It's the case of the High Five, which represents two hands in prayer, and the reindeer icon that pulls Santa's sleigh, which is actually a deer.

In addition to the controversial emoji mixuruca, the package released by Unicode will have 230 new icons and is scheduled to launch on March 5 and, from there, should reach WhatsApp, Android and iPhone (iOS). Among the figures are new animals, people with disabilities, new colors of hearts, food and drinks, and various symbols. A blood drop emoji will also be available, symbolizing blood donation or menstruation.

What do they stick to? Know the practice of spamming videos of celebrities on Twitter | Social networks