That the Airpods They are a bestseller, no doubt about it. We even commented repeatedly on the positive results of Ma wireless headsets on the market, which was not much different at the end of last year: According to Counterpoint Research's latest research, AirPods dominated the world market. of wireless headsets at the end of the last quarter of 2018. 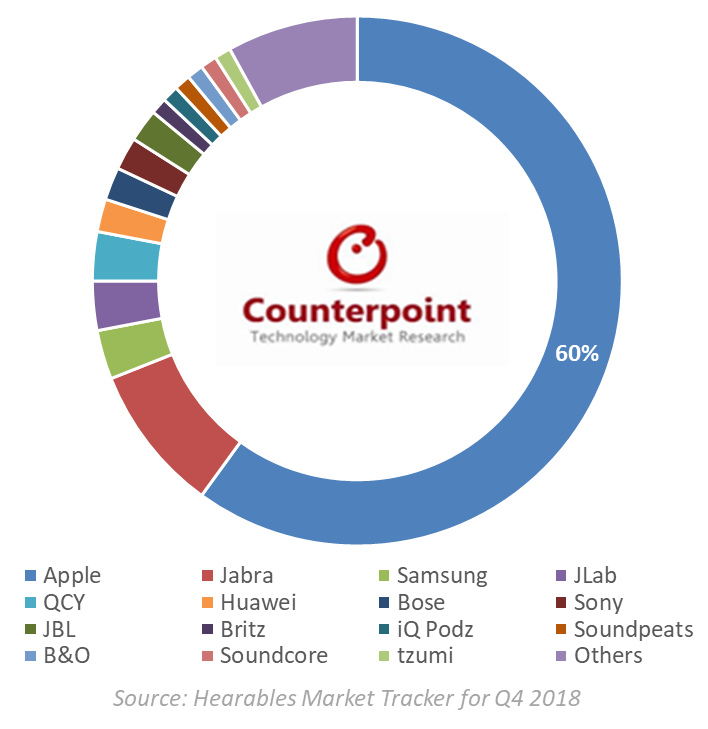 More precisely, Apple's accessories accounted for 60% of total sales in the period, which ended last December. In all, more than 12.5 million wireless headphones, with North America being the largest market (24%), followed by the Asia-Pacific region (excluding China and some regions in Europe).

Counterpoint explained that the share of AirPods was impressive mainly considering two counteracting Ma market factors. First, there was an increase in competition, with the launch of new wireless headsets in the same price range. The second factor that many users awaited the launch of the second generation AirPods later last year (but they were released only last week) has resulted in a larger gap in the sales index during the last months of 2018.

In addition to Apple's AirPods, the bestseller list featured models premium with prices around $ 150 and $ 200. Jabra Elite Active 65t, Samsung Gear IconX and Bose SoundSport Free were some of the models. premium from the top 10 bestseller list. However, several low to medium cost options, priced below $ 100, were also significant.

Still on the competitive landscape, Liz Le (senior analyst at Counterpoint) said that during the fourth quarter of 2018, more affordable models such as JLab JBuds, Air True Wireless and QCY T1 gained significant market share. For her, this increased competition will contribute to the launch of more devices with advanced resources at reasonable prices in the future. 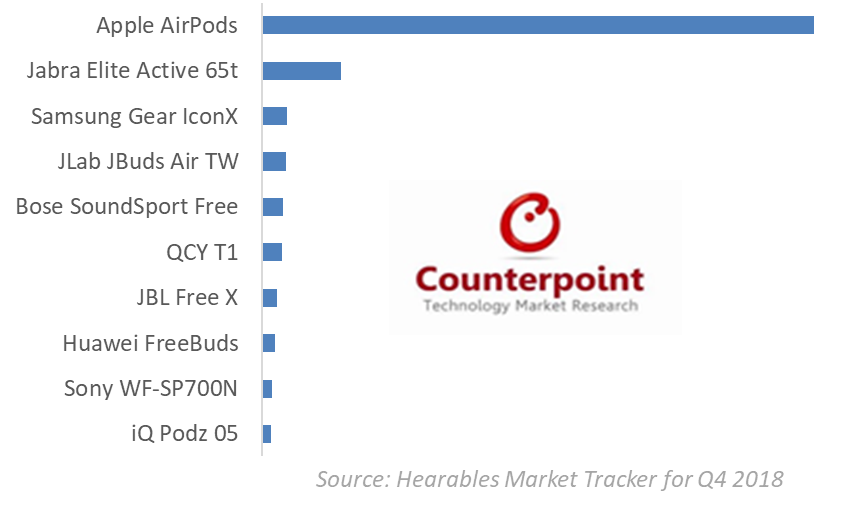 As we said, Apple remained strong within its home market; however, the company's performance was slightly lower in Europe and China, where other brands were able to stand out from the avalanche of AirPods. In addition to the positive balance worldwide, wireless headsets are the darlings of users, according to this other survey by Counterpoint.

In the near future, review firms will certainly have to compare sales figures between the first generation of AirPods and the second, which is interesting to see, as many users with the 2017 release do not want to upgrade accessories for now. 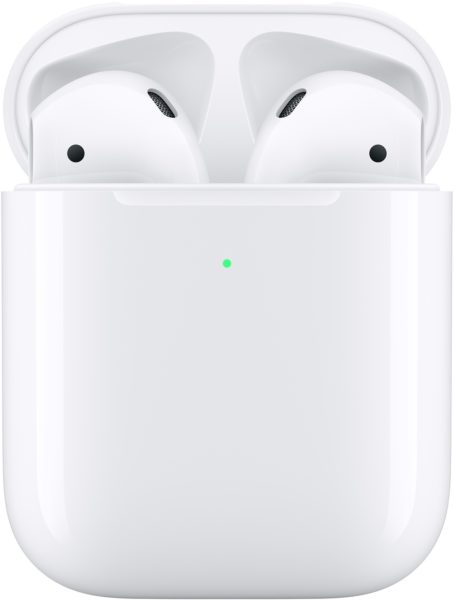 via The Indian Express

How to get passport? See tips for applying for the document | Internet