In today's article we will talk about some practices that I consider extremely valid for anyone who thinks they are an average or advanced computer user, if you are a layman, this is the job of the technician and yours, and frankly, there is nothing wrong thereby. 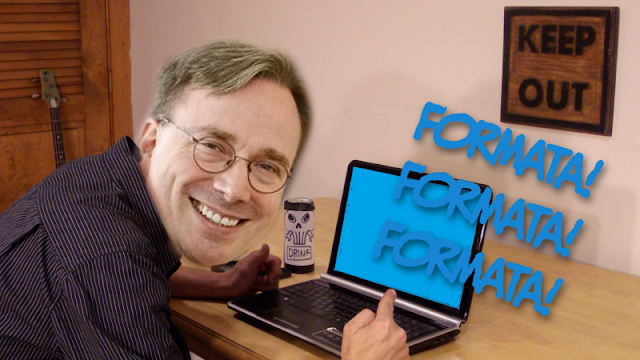 A few years ago I started my career in the technology business, like most people, I started my personal computer experiences with Windows, specifically with XP, to be exact. We can say that compared to some people I know, I started late.

At that time I was the most basic type of computer user. I used the notebook to play GTA San Andreas, FIFA and Need For Speed: Carbon and I didn't go much further than that, I saw a movie, listened to mp3 and did school work in Word.

From that time on, customizing and configuring the computer appealed to me. I didn't know how to format, I had no idea how it worked, so I used to be afraid of what exactly to change because, because of where I lived, if I needed to take my computer for assistance, it was a little distant, Only the neighboring town had any such services available.

This little story reflects the beginning of my life with computing and technology in general, apart from the consoles I had contact with earlier.

When you become the master of computers

There is a phase in the life of every technology-loving person when she starts reading, studying, watching videos, in short, consuming content related to the topic. When this happens, it is only natural that trust will increase to begin performing more advanced computer tests, testing different programs and operating systems.

There were two times when I formatted the computer more than a dozen times a day.

Sometimes it was not necessary, sometimes it was pure training. Those moments were when Microsoft launched Windows 7, and I moved from XP to it and when I started testing Linux with Debian and Sabayon.

It's exactly about this phase that I want to talk to you about, depending on your problem-solving stance, you can be much better off.

There was a time when I was learning how to format the computer, I had a Windows DVD and I had a Sabayon Linux DVD. As I did not have full internet access and frankly, even if I had not know how to search, I was not even aware of the word "forum", the way I found training formatting was formatting my computer daily. At that time my backup would fit on a flash drive, so it was never a problem.

After formatting became simple for me, I stopped formatting so many times daily, but when I had a computer problem I didn't think twice and formatted it. Once I deleted the KDE Plasma bars and as I didn't know to put them back, I formatted the computer to have the resources on the system again.

I think you just realized the problem with that, don't you?

Regardless of operating system, format not always the solution. Can you solve? Can. Are there any circumstances under which it will resolve? Yes, several. But if your intent is to deepen your knowledge, formatting should be your last resort, especially on Linux, where pretty much everything is "tidy".

Then I see people with problems that can be bypassed in various ways and other people suggesting that changing systems is the best solution. This is a tremendous mistake!

Linux distributions in general do not have that much difference between them and depending on the problem, simply switching systems will do nothing and worse, eventually will bring more doubts and problems for the user because it is something new.

Tips for solving problems and getting situational awareness

If your intention, in addition to helping to solve someone's problem, bringing knowledge to you and the person you are trying to help, consider identify exactly what caused the problem.

There is always a specific reason!

– Ah! My Windows is giving blue screen! – Ah! My Ubuntu is crashing! – Ah! My Fedora does not install a program! The answers I usually see look something like this:

Identify the problem, there is always a causative agent. If you can identify what causes the abnormal behavior, as well as adding knowledge to you or those who need help (or both), you will probably be able to prevent the problem from occurring again and provide an effective and permanent solution.

Understand that the same system will behave differently on different computers and the more people using it, the more subject to different tests it will be and the more diverse problems are likely to arise. Which system has the most bugs? One where every 10 users have problems or one that every 100 users has problems?

Deals of the day on the App Store: Sketcha, Hitman GO, Total War: WARHAMMER and more!

General Mobile Android wants to win you over!

17 grias that appeared on the Internet this decade | Internet