THE System76, a major hardware manufacturer that sells computers with Ubuntu preinstalled, announced some time ago that it would be starting its own Ubuntu-based operating system, the so-called Pop!. Since so far it just seemed like a simple customization of themes, I had not even commented on it here on the blog or the channel, but apparently they want to go a little further, so let's talk about it. 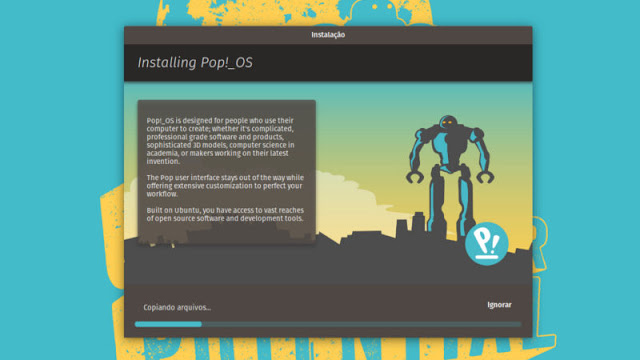 Every project starts from somewhere and for me, Pop! _OS (the stylized name anyway), was born just as a theme for GNOME Shell on top of Ubuntu, simple as that. A very beautiful theme indeed, that you can learn to install in this other blog post here. But until then, many cool distros emerged as just customizations of others and then went their own way and developed, Ubuntu and Mint being good examples. The initial idea to create a differentiated experience for the computers sold by the company, there are several models in the market with the best performance, including gamers computers. Like galagoPRO, "competitor" of the MacBook.

So far, another thing commonly found on computers sold with Linux is a special repository with drivers and hardware optimizations, which something System76 has always done, but the system seems to be gaining significance and the company is considering expanding. rather what would just be a kind of "remaster" of Ubuntu for its customers, including working with elementary OS developers to create a new installer for the system, which won't exactly match Ubuntu's standard Ubiquity.

Customized for customers and available to everyone

An interesting point is that the system will be available to anyone actually you can download it now if you want, ISO is about 1.6 GB in size and based on Ubuntu 17.04 Zesty Zapus.

Although already usable, the System76 website itself informs you that the real final and first version release official only in October, along with Ubuntu 17.10. Other things may change, besides the theme and other details.

A little bit of smoking in the system I found a lot of cool stuff. The installation itself is pretty much the same as Ubuntu, with only one difference, we created the user after installation on first boot, such as when you buy a computer with the system preinstalled. The boot screen (Plymouth) is also different and very pretty, like a pop popping out of nowhere (pop?).

Check out some screenshots of the GNOME Shell interface that it loads: 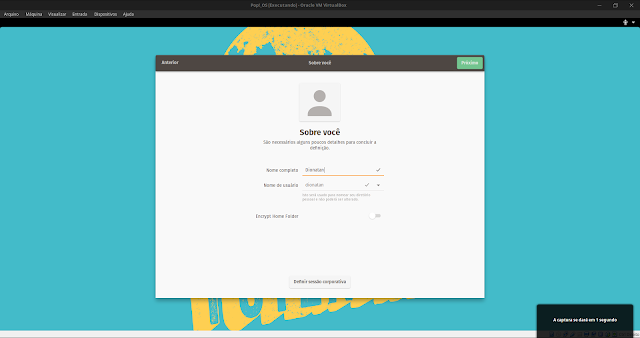 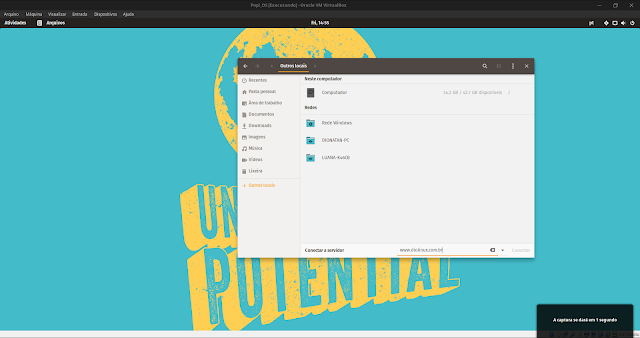 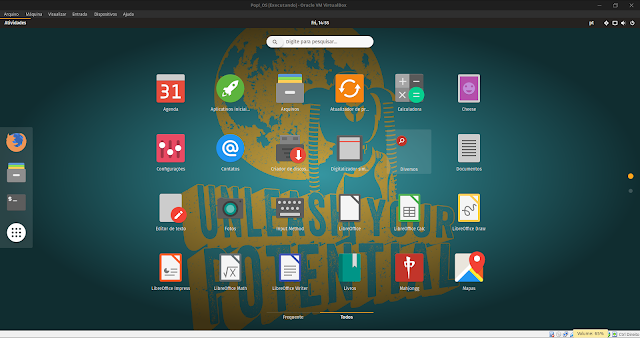 The harmony of the GTK theme with the great cones may have a finger from the elementary folks in this design, I don't know. Besides the theme, we have several wallpapers which match very well with the visual proposal and come available by default. 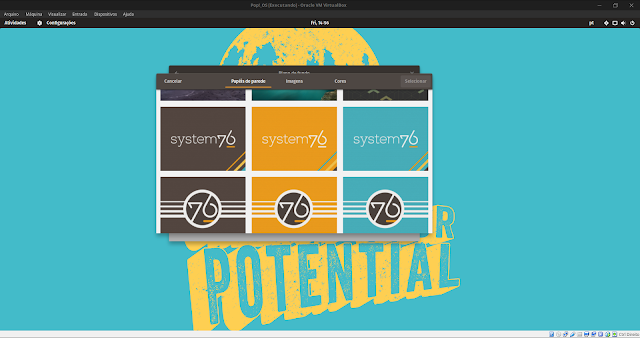 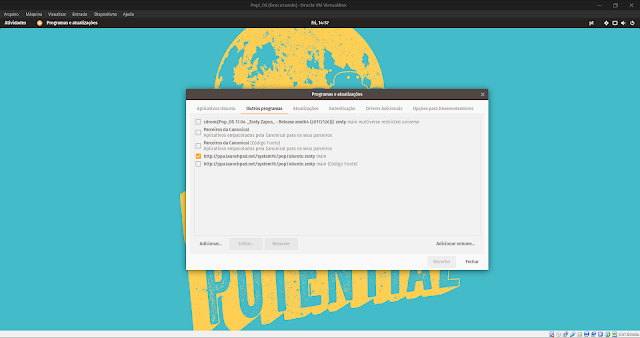 Besides the themes, as I had commenting before, the system comes with the company's PPA. Inside we find basic packages, the pop-desktop, gnome-control-center, plymouth, among others that are packaged by them in order to maintain system appearance and specific functionality, thus making it easier to control updates and modifications of these components.

One of these packages controls the extensions, there are several that come with Pop! _OS by default, but only a few are enabled, as you can see, so it's up to you to choose what you prefer. 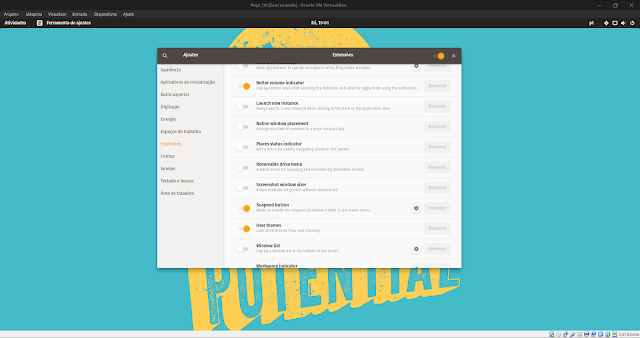 I find it interesting that another strong company like System76 offers such a system, especially based on Ubuntu, despite many feedbacks from the community, the moment of Canonical transition and things may not please everyone. Particularly I see projects like this almost like Android's various ROMs on devices from different companies, each customizing what would be the pure system to try to better serve the consumer.

Does Pop! _OS have a future?

I don't know how ambitious System76 is with the system, but they have something most distros don't have; they are already a company that sells renowned Linux computers (especially international, in Brazil not everyone knows).

One of the major difficulties for distros to enter into business partnerships to ship factory systems along with the machines and System76 need not worry. Researching a bit I also found a development PPA where we have optimized Nvidia drivers and other performance-sensitive packages like the desk, I don't know if they are intended only for company computers or if they can be used in a generic way, but it can be a another differential of the system.

Even though it is a PPA made for computers that System76 sells, as hardware is not approved as Apple does, it may well work on other machines as well.

Potential the system has, it remains to know how far System76 intends to go, we will continue to follow.