In March 2015, Michael Guntrum went fishing with some friends in a Frozen lake* in Pennsylvania (United States), the Kyle lake. As he prepared to catch a fish, his iPhone 4 fell off his lap and slipped into a hole in the ice. He even caught the fish, but lost his device that ended up at the bottom of the lake.

In September 2016, the Kyle lake It was drained, and Daniel Kalgren, a mechanical engineer who was passing by with his metal detector, eventually found the device covered with six inches of mud and mud. According to him, it was really his intention to find out what people had dropped from their boats. 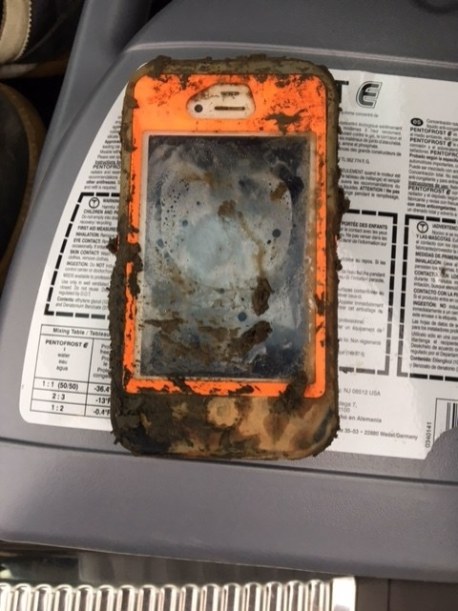 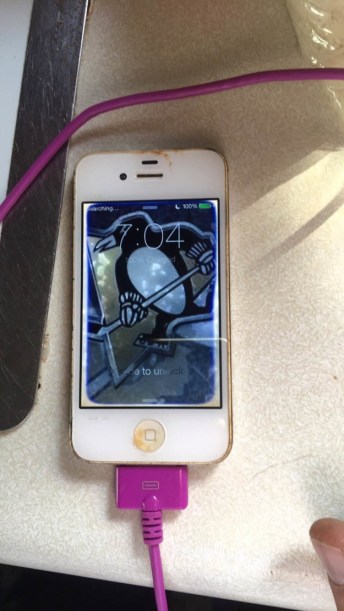 Do you know that old tip of putting a device that came in contact with water on rice so that it absorbs moisture? So that's exactly what Kalgren did when he got home, as he told the BuzzFeed. After two days, he tried to turn on the device and, surprisingly, the iPhone "came back to life." Even though it was not at its fullest, it was functional enough that the engineer could find the owner's information, get in touch, and return the lost device!

As you can see from the photos, the iPhone was wearing an OtterBox case, and surely she was responsible for protecting the device for all this time. Even so, considering that only the latest Apple releases (the 7/7 Plus iPhones) are really water resistant, this was a peculiar situation. Even a representative of the company said that "the device never ceases to amaze us with all the amazing iPhone survival stories that our customers have shared with us."