Facebook Messenger now allows you to reply to messages individually. Available for Android and iPhone (iOS) phones, as well as the PC version, it is the ideal resource for quoting old messages and preventing a response from being out of context. Those interested in the news need to have the latest version of the Facebook messenger app installed. The process is simple and allows the user to be able to keep the conversation consistent and without losing any part.

In the following tutorial, learn how to respond individually to Facebook Messenger messages from your phone and PC. In the app, the procedure was performed on an Apple iPhone 8 with iOS 12, but the tips apply to users of devices with the Google operating system.

Learn how to reply to messages on Facebook Messenger Photo: Helito Beggiora / TechTudo

Step 1. Locate the message you want to reply to and keep your finger pressed on it. Then tap the arrow icon to the right of the reactions. You can also tap on the message and swipe right until the arrow appears;

Step 2. Now type the answer and send the message as normal. If you want to cancel the answer, just tap on the "x". After sending, the reply appears linked to the quoted message.

Step 1. Locate the message you want to reply to and click on the "…" button on the right. In the menu that appears, go to "Reply"; 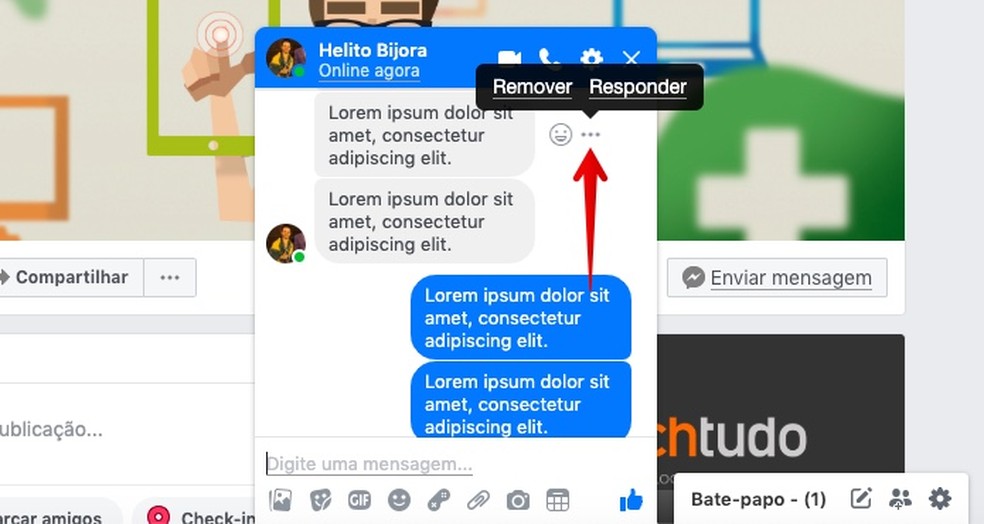 Step 2. Enter your reply and send the message as normal. If you want to cancel the answer, just click on the "x";

User can cancel feature before a message on Messenger by PC Photo: Playback / Helito Beggiora

Step 3. After sending, the reply appears linked to the quoted message.

Ready. Take advantage of tips for replying to messages in Facebook Messenger and not missing out on any conversation.

What's the best app on your phone? Comment on TechTudo's Forum.

What iFood means – all you need to know

You can now view WhatsApp GIFs in the notification itself. [atualizado]