A lot of people may not remember his existence, but Apple keeps its own ?fun video? app (sic) on the App Store, the Clips. For he just arrived verse 2.1 with some very interesting news for those who like, at least.

The main addition here is support for Animojis and Memojis . With this, you can include the notorious animal or face-based stickers in your video creations. Clips is able to ?detect? your face in a shoot and automatically replace it with animated elements, and you can add this feature to the app's other skills like filters, animated text, music stickers and more. 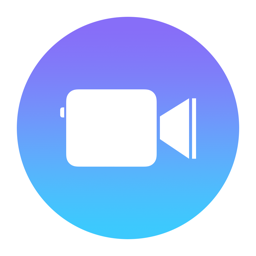 Note that the Animojis / Memojis addition works with both in-app and in-library footage saved in your library in this second case, Clips scans the video and detects your face just as it would with a movie being played. recorded in real time.

The change may seem inconsequential, but from a certain angle, even quite significant: this is the first way iOS users have to record ordinary video using Animojis and Memojis so far, the stickers were ?stuck? to iMessage. Some developers tried to create alternate solutions, but always ran into API limitations and failed to bring in full experiences. Now, here she is.

Note that in addition to the big news, Clips 2.1 also features new stickers from Mickey and Minnie, a new Christmas master, and right-to-left language support such as Arabic and Hebrew.

The app is available for free on the App Store and is compatible with iPhones, iPads and iPods touch running iOS 13 remembering that in order to enjoy Animojis / Memojis news, you need to have an iPhone or iPad Pro with TrueDepth front camera (ie Face ID).

Python Event in Caxias do Sul – Rio Grande do Sul

Deals of the day on the App Store: Typic, Returner 77, Affinity and more!

LG will also offer AirPlay on its new TVs

Meet two accessories for iMacs: a USB extender and a raised stand