Blender 2.81 goes into phase two of development and possible features are revealed.

In the month of August we notice the arrival of the new version 2.80 of Blender, with lots of new features and a revamped look and under the cap, now its developers comment a little more about the possible features that will be added to Blender 2.81. 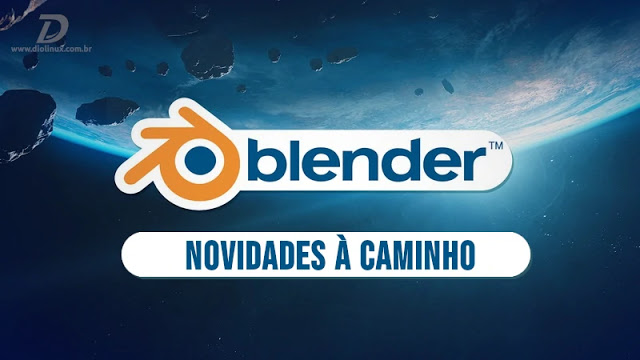 Blender is recognized for its competence and complete range of tools. This is a very powerful software maintained by the Blender Foundation, open source, and it follows a strict development policy. However, I do not mean that its rigorous development, in the sense of not receiving new ideas, on the contrary is an organization and time for everything. Blender divides these processes into development phases, like most major projects, to understand a little about the new features of Blender 2.81, and to find out more about these stages of development.

All in all 5 cycles until we have the final version, which is:

The Blender 2.81 release is in the bcon2 phase, meaning that the possible features of the new release have already been decided. Recalling that it would be irresponsible to say that all these changes would be present in Blender 2.81, after all during development a lot can change and problematic resources can be abandoned. However, so far developers have developed this list:

If you like to try out the latest news from Blender, download the nightly builds an option. If you find any faults, feel free to contribute reporting bugs and assisting in the development of Blender.

Blender 2.81 is quite new on the way, reinforcing that if at the end of bcon3 or even bcon2, the project coordinators decide to abandon such features or leave it to another version, so I will.

Do you use Blender in your projects?

In our community Diolinux Plus, many users work with the tool. Also join our forum and stay on top of news.