This is a fictional story, but it serves to illustrate some things that sometimes go unnoticed. 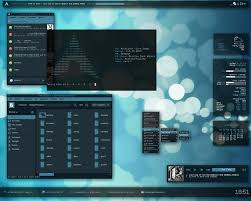 Are you a fan of Windows? Can't you see any jokes about the Microsoft system that is starting to have a nervous breakdown? Good If the answer is yes, I invite you to see some other blog post here

The following describes the experience of a Linux user when using Windows for the first time. In history, completely fictional, Linux is the system that has 99% of use in the market, which is the opposite of what happens today, where Linux owns about 5%.

What makes reading interesting is the fact that the character compares the features of Linux with those of Windows But leaving bl bl bl aside:

What if the most used operating system was Linux

I even understand the guy who said he had trouble moving from Windows to Linux. I felt the same when trying Windows. I decided to give it a try because some friends who use it all the time tell me it was a great system.

I went to the Microsoft website to download it, but it was not available. I was frustrated because I couldn't figure out how to download it. Finally I had to ask a friend and he told me he had to go to the store and buy. I got in my car, drove to Staples, and asked one of the salesmen for a copy of Windows. He asked me which one, I said to him: "I want the most complete please" and he answered: "Only $ 599, please". I blurted out a word and went home waving.

One of my friends gave me a copy of Windows XP and warned me not to tell anyone. I found it strange, because I always make Linux copies for anyone who asks me and I always tell them to pass this copy to anyone else who is interested, since they already need it. Anyway I put the CD in the player and waited for the system to start the "Live CD". It did not work. The only thing I was doing was wondering if I wanted to install it. I called one of my friends to find out if I was screwing up, but he said: "XP does not run the system directly from the CD".

I made a backup of my things and threw myself headlong into the facility. The installation was quite simple, apart from the part where I had to write some letters and a code. I had to call my friend again, but he got upset and came to write the code himself. He again told me not to say anything to anyone (!!!). After restarting the computer, I scanned the system.

I was shocked when he let me change the system settings without asking for root access. My friend started to get a little annoyed when I called him again, but turned up at my house. He told me that root access was given at boot time. I tried to make another normal user account and started using it.

I started to get confused when I tried to make changes and the system, instead of requesting root access, told me that I had to close the normal user session and open an administrator session. Then I began to realize why so many people always come in as root and got a shiver up my spine.

Good, but it was time to work. I went to the "Start -> Programs" menu to open a spreadsheet that I needed to finish, but couldn't find the spreadsheet application. My friend told me that Windows had no such application and that I would have to download from the Internet.

"Oh"thought "a basic distribution". I went to "Add / Remove Programs" from the control panel (as in Linux), but there were no programs to add. Just let the programs remove. I could not find the button to add applications. My friend told me that I had to look for the applications on my own. After much search on Google, l found, downloaded and installed LibreOffice.

To tell the truth, I had a good time with Windows. I don't understand much of the terminology Why is there a drive A, then a C Where is drive B? I found the distribution too basic, it does not include any truly productivity applications and it is very confusing looking for it. My friend told me that I needed anti-virus and anti-spyware software, but Windows didn't come with any of that.

I found it difficult, confusing, and too laborious for me. It may be good for a technical person, like my friend, but I stick with Linux, thanks.