Since the rumors about Apple's glasses, which would house augmented reality technology, many have remembered the failure of Google Glass and may have been left behind. However, if Ma continues with her corporate culture that ?it doesn't matter to be the first but the best?, I don't doubt that anything interesting could come of it.

In any case, even though there are already tangible indications that this will indeed happen, no one has any idea how the company will do it and what these "glasses" would be like. For situations like this, there is nothing better than a dash of imagination with a good deal of designer work to be able to visualize how it would look. Apple Glass and so did the iDrop News, which published an interesting concept.

Apple's eyeglass frame would be ?high quality metal,? which makes me a little fearful if that really happens, I just hope the company pays attention to gadget, not to heat up as much as happened on Google Glass. Since the rods would be of various and interchangeable materials, all to have enough style. 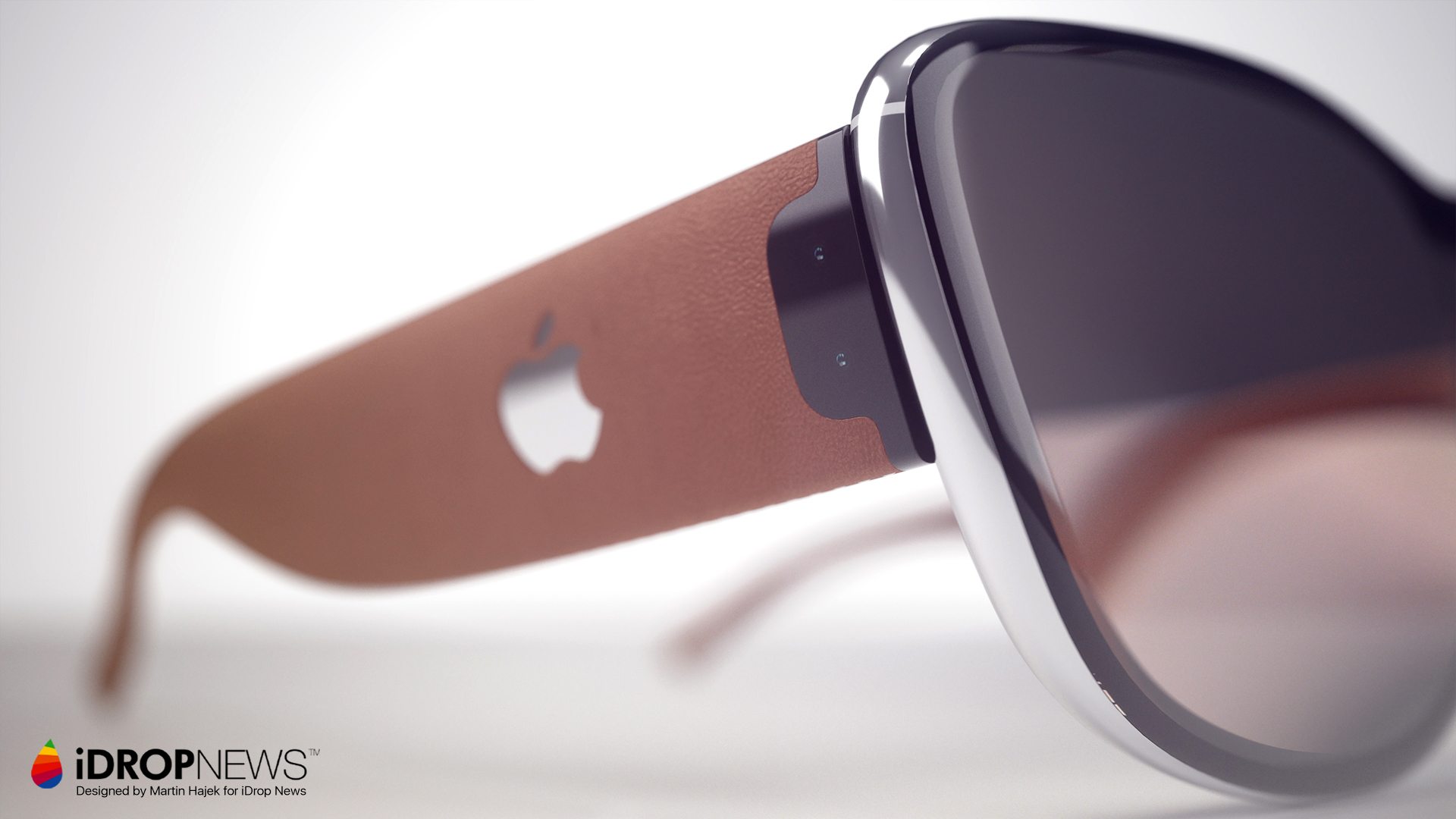 On top of the frame would be room for cameras, sensors and wireless antennas, while on the sides would be components for Wi-Fi and Bluetooth connections. 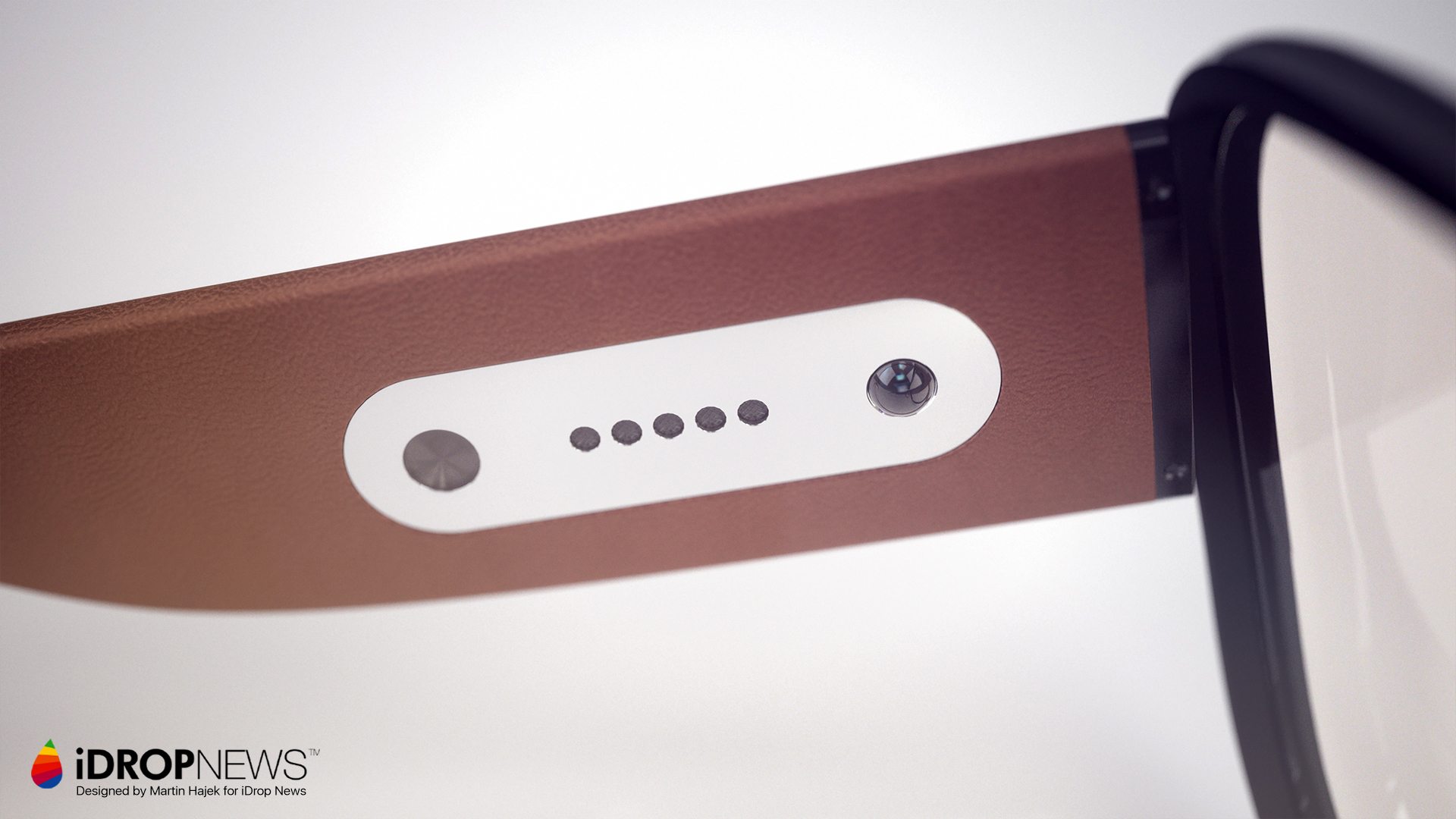 In them would be some chips and batteries, besides the Taptic engine and sensors, so that the user can interact with touches. The publication does not indicate, but apparently the speakers would be inside the stems, close to the ears.

The screens (both sides of the glasses) would be splash and scratch resistant and perhaps, in a hardware upgrade, could also be used as sunglasses. The screens would display the entire visual content, especially the projections of augmented reality. 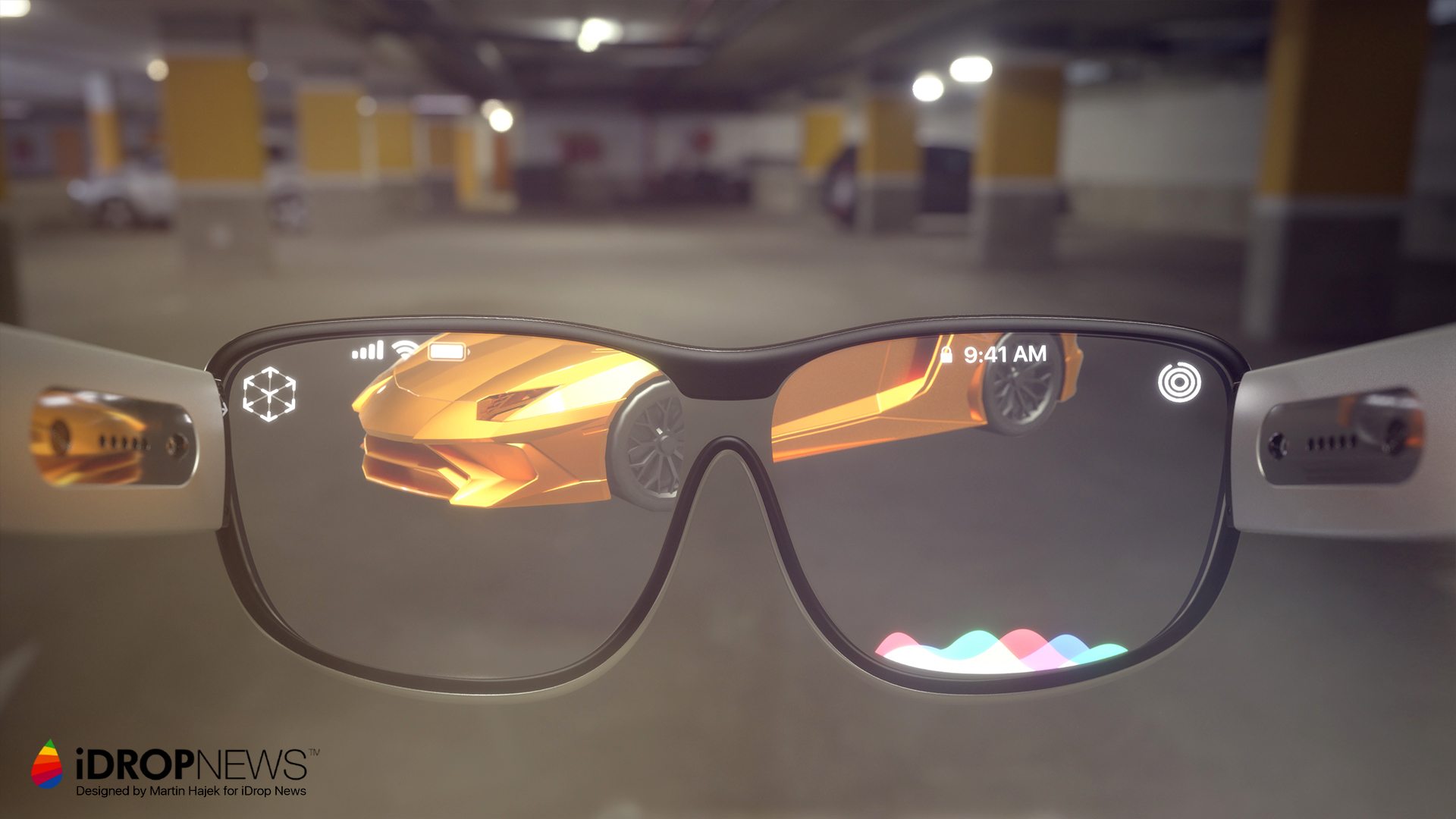 The Siri could be easily accessed and some information would be on top of the glass, such as the progress of physical activity, battery status, connections (data network and Wi-Fi), beyond the hour.

The glasses system would be the ?rOS?, which follows rumors fanned by Bloomberg last year which stated that the reality operating system would integrate hardware for augmented reality. 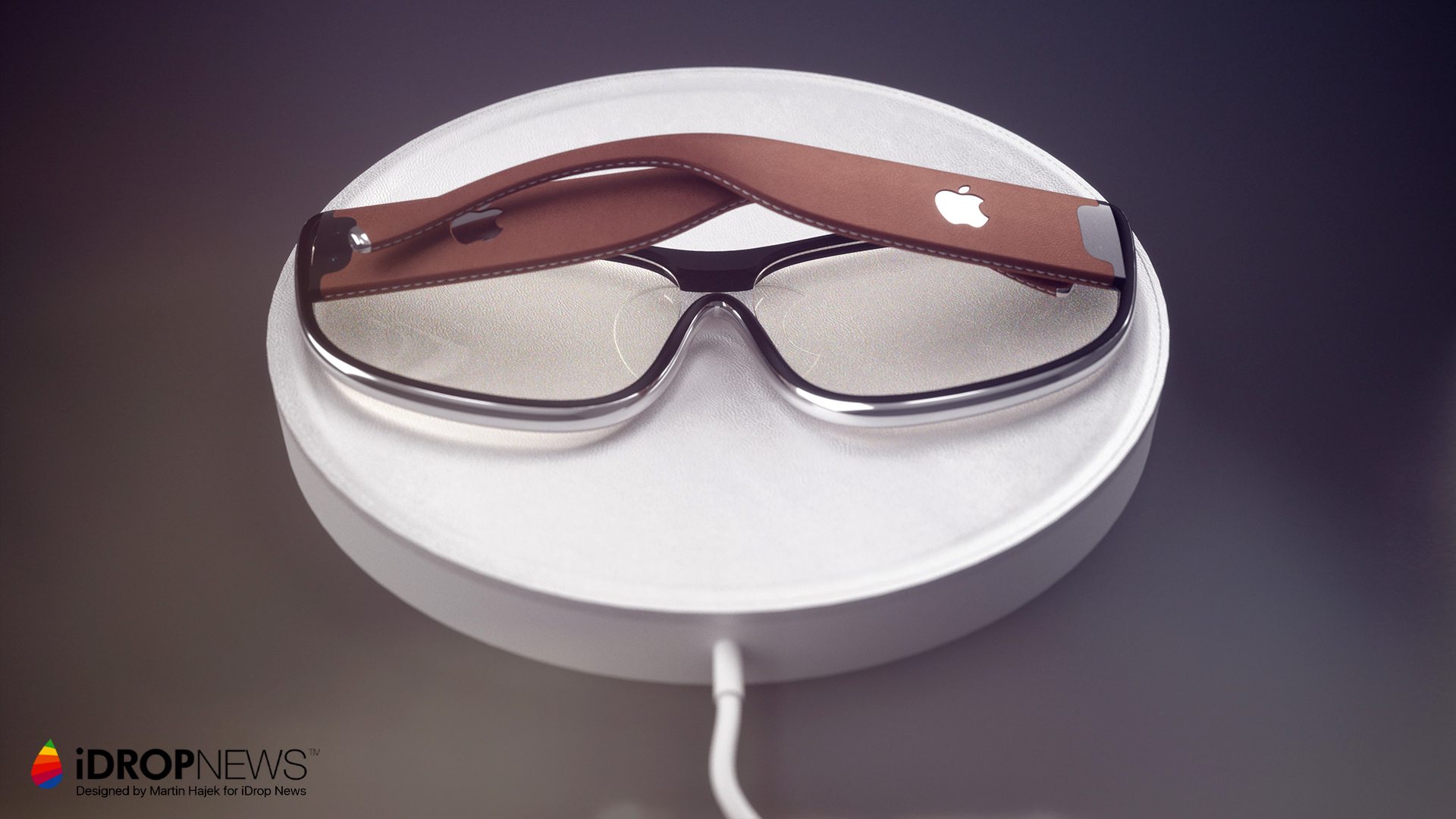 To charge your smartglass, wireless Qi would be used, which doesn't sound like such a bad idea until you see photos of the glasses with the glass side down. Incidentally, wouldn't the batteries stay on the rods? Maybe another charging position (or a case like the AirPods) is a better option, in this case.

The "Apple Glass" would probably arrive in late 2019 (perhaps early 2020) and would cost about $ 1,000 doing the math to adjust this price Brazilian reality, we can reach the same $ 8,000 that the iPhone X almost reached here.

As always, concepts are concepts, even though designer Martin Hajek has been based on real rumors (which in itself is a contradiction). But very cool to imagine how they would look!

Although I didn't find the format so beautiful, I found some really beautiful color options. And you, what do you think of the concept?

iPhone 6 is the last placed in smartphone recharge time test

The new Qualcomm Snapdragon 865 Plus is coming. Asus and Lenovo will be the first to have smartphones with the new chip

iPhone 6 is the last placed in smartphone recharge time test