THE GoPro has updated its portfolio of portable cameras with three new models. The line Hero7 It comes with waterproof cameras with touch screens, and the technologies (and prices) of the products are defined by the colors:

Being the flagship model, the Hero7 Black is the only one with technology HyperSmooth video stabilization, which promises to be as good as a gimbal. This is a very important feature especially considering that cameras are geared towards shooting sports.

The Hero7 Black features a 12MP sensor and shoots at 4K and 60fps (more details below).

Being the intermediate model, the Hero7 Silver can also shoot in 4K, but with only 30fps on a 10MP sensor. 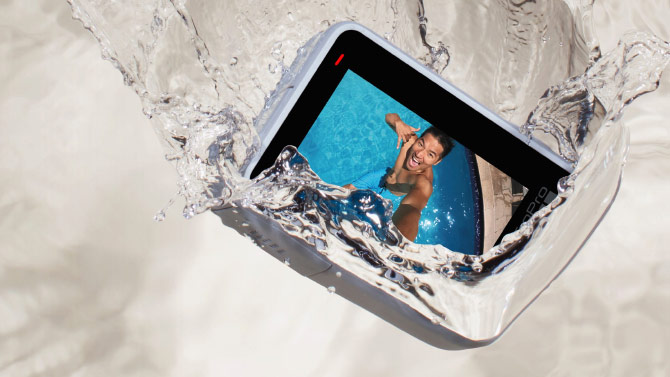 The line-in camera also features a 10MP sensor like Silver, but only makes full HD 1080p video. But she shoots at 60fps.

The official website of GoPro already has cameras on sale and has a table comparing the details of each model. Below is a piece of the table with the most prominent information, but on the site you can check out the full content, comparing the new series with Fusion cameras as well.