The website Unboxed Chorme, Through his collaborator Gabriel Brangers, he discovered that it is now possible to install .deb (Debian Linux Packages) programs on Google Chrome OS, the company's Linux-based system that runs on Chromebooks. 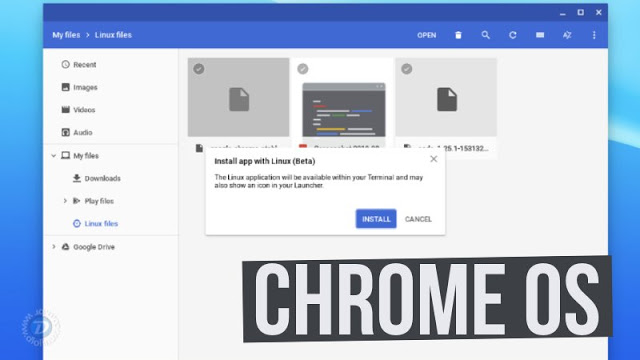 He discovered this compatibility while digging into the "Canary" development channel of Chrome OS, with some minor modifications, it was possible to install a .deb package on the system.

In testing, he used the Steam installer to find out if he had support for his GPU, and to his surprise, the installation went smoothly.

Another site that reported such compatibility was the XDA Developers, informing that in recently added codes in Chrome OS support was added to the .deb packages, where the program Files would be responsible for the management and facilitating the life of the user, who would not need to have direct interaction with the terminal or something, because the programs in .deb format would be installed in containers. The compatibility project called Crostini, as we show in this other blog article.

In my opinion, I think this comes to make it easy for the common user to contact the Linux world without trauma (as some insist on doing), and may also bring companies like Adobe and Autodesk, as examples, to port their applications to Linux. Having a company like Google behind the system can be a motivating factor.

Comment on what you think of this compatibility of Chrome OS with the .deb packages, could this bring some change in the market?