Epic Games, owner of Unreal Engine, made a post on the project's official blog showing the news of the new version of the engine, bringing support for VULKAN and, something for us, Linux gamers, very good, no doubt. 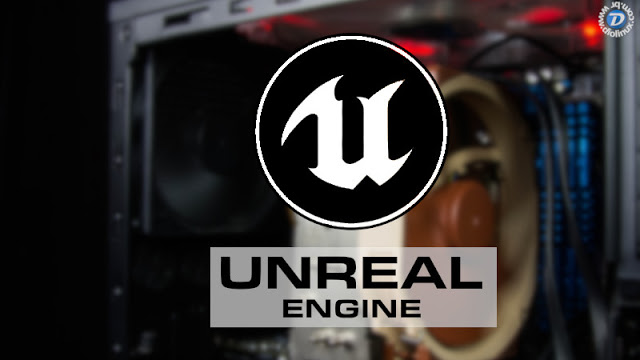 In its statement, the company highlights the qualities that update has to offer in this new version (4.21), greater efficiency, performance and stability on any platform where Unreal Engine is used, which can be mobile, PC (Window, Linux and macOS), VR (Virtual Reality) and the like.

The list of enhancements, enhancements, fixes and giant implementations and you can check them out better in their post. Here we will point out some interesting details to the Linux world.

First, what caught their attention was their call on Twitter, as you can see below, putting Linux as a highlight, a very rare thing to happen, but one that was very grateful to see.

It's very gratifying to see that gaming companies are turning their eyes to open source platforms such as Linux and porting their authoring tools to it, thus making it easier for developers to make their game standalone.

Another point that they greatly improved was the cooking time of the projects, which was reduced by 60%, a colossal gain for those who need speed in building their game.

Vulkan the new star of the company

Now the part that will help is a lot of those who want to port or make their Linux games using EU 4 (4.21). Already, they will use the VULKAN as the default renderer instead of the OpenGL warfare. OpenGL will only be called if VULKAN fails to boot.

With the adoption of VULKAN, this makes devs' lives so much easier, as they can use VULKAN on almost every platform, such as Android and iOS, Windows, Linux and macOS, thus saving time, money and staff when it comes to doing so. It's a game, because it will have everything there on a single platform, just export to the platform you want.

Now the default media player on the Linux version will be WebMMedia, thus supporting .webm VPX8 / 9 formats for video, cutscenes, for example. Also new to developers will have a GUI (interactive graphical interface) to report bugs and Linux crashes, an old claim from devs including .. In the statement, Epic Games asks to be reported exhausted, even repeated bugs, as they want to fix them and deliver a round tool to the development community.

Many other things have been added in this verse 4.21, a very large list that would not fit in a blog article. But if you want to know which ones, check out their article link.

A new big studio on Linux?

This is very exciting to see, a gaming giant, Epic Games, making such a move to bring its tool closer to the open source world and encouraging people to contribute and develop as well. She recently launched her Store, as we reported here on the blog, and left open that the games and Store would have a version for macOS and open source platforms, which may include Linux. That would be very good for the adoption of Linux by more people,. Although Canonical could close an official partnership with the two industry giants, Valve and Epic Games, it would be matrix.

What did you think about the changes to Unreal Engine 4? I think Epic Games could land Fortnite on Linux next year?

Until next time and a big hug.