Last September, when Apple introduced the XS, XS Max and XR iPhones, many users reflected the lack of new features on these devices compared to the 2017 model. However, we know that as much as these devices have similar configurations, many specifications are improved (especially regarding performance).

Among these, mobile connection performance (4G / LTE) It's certainly an important question when looking at how new iPhones fare compared to other models. Fortunately, OpenSignal has published research on this evolution in the gadgets from Ma (except the iPhone 5, which was the first model to support this type of connection).

Surprisingly (or not), the survey found that the XS and XS Max iPhones offer the first major download speed improvement after several models with virtually ?stagnant? performance. In this sense, the new devices (except XR, as we will see below) are almost 26% faster that all iPhones released between 2015 and 2017.

The iPhone XS Max, in particular, outperformed OpenSignal's tests and averaged 21.7Mb / s, followed by its smaller brother, which reached 20.5Mb / s. Because it has a different configuration than flagships, the iPhone XR (which has a 2 × 2 MIMO antenna instead of 4 × 4, as in the XS) averaged 17.6Mb / s, compared to 18.5Mb / s on X. 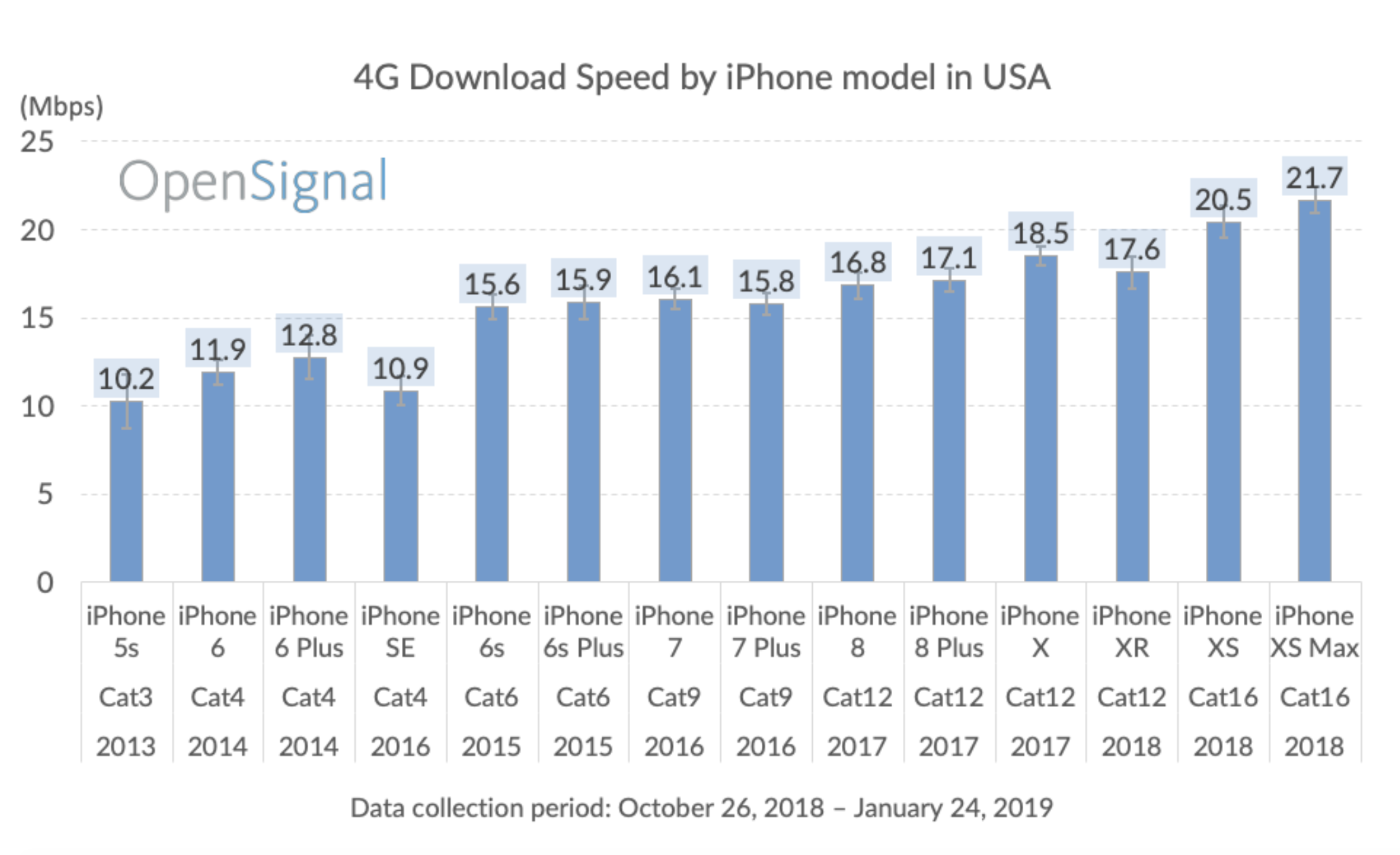 If the difference between models that were presented together is already visible, then imagine if we compare with ?very old? models! According to research, the download speed of iPhones 5s, 6, 6 Plus and SE was 83% below that of the new models; Download performance has gone up again with the iPhone 6s and, to some extent, has not improved significantly until the iPhone XS.

The graph with upload speeds basically follows the same trend as we saw above. OpenSignal has assigned the smallest iPhone XR indexes (relative to XS) to the device's antenna and modem architecture once again. 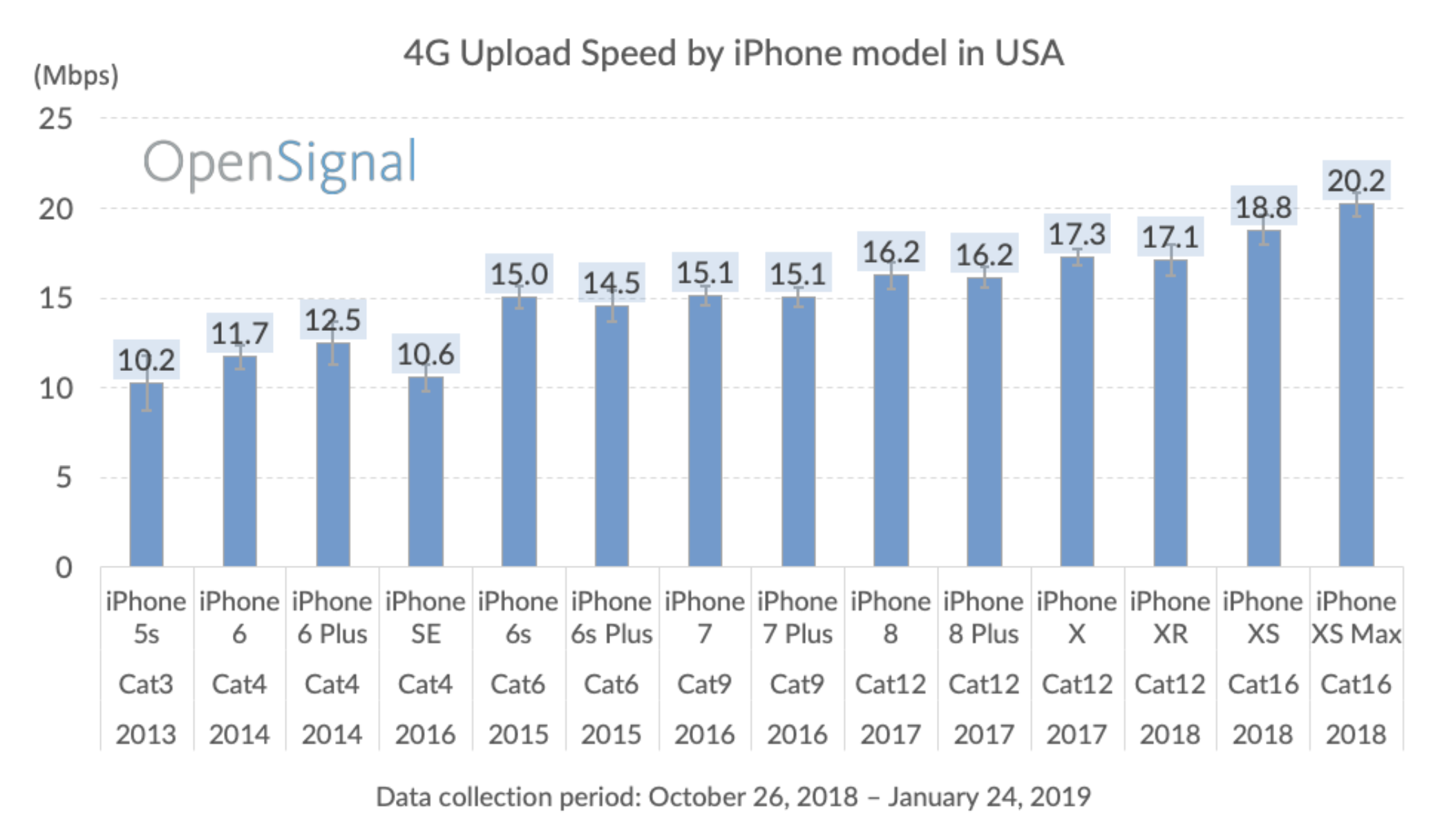 While companies conduct research on the performance of gadgets on 4G / LTE connections, rumors are rampant about the next generation of the mobile network, the long awaited 5G. Apple, however, is due to introduce the first iPhone compatible with the new technology only in 2020, if all goes as speculated.