Each system has its particular features, and Linux-based ones in the different, proves that there are several ways to install programs on the penguin system. From this small comparison between Windows and Linux, seeing that even is different, it does not necessarily mean that on Linux the options are lower or more complex. 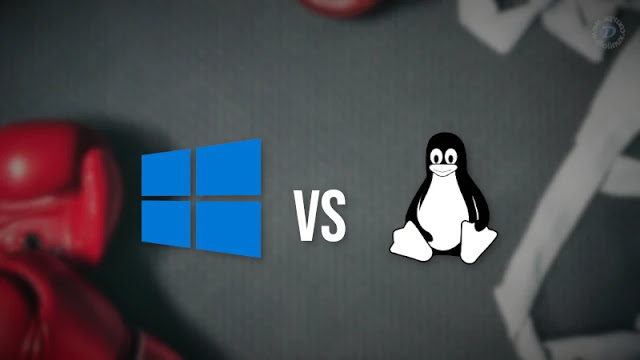 In the Microsoft system users are familiar with the classic NEXT, NEXT, NEXT, FINISH, advancing in stages during application installation. But there is not just one way to get applications on Windows, and we'll look at some of today's options.

These are formats along the lines of the above, just double click and follow the installation flow of the program, but in most cases the attention should be redoubled, because occurs at the time of installation, third-party software is installed without the user notices.

Step installers usually mean that there are configurations to be made by the user himself, and knowledge is needed so that nothing wrong is installed or adjusted, a popular method, no doubt, especially by habit, but has been supplanted by installations from a store, Like Android, where you trade the various clicks for a single.

The programs in .bat are made to run on the Windows terminal, that is, Windows also uses terminal, which can be an installer or even an application.

They are portable applications, in which their execution does not require an installation, which can be transported and started on a removable medium. Can be an exe, msi file, etc.

This has been a feature in Linux and macOS distributions for a long time, but it debuted in Windows, comparing a short time ago and is not yet widespread among users of Windows, with some missing tools, such as Firefox for example. Users still cultivate old habits and often remain in the insatiable hunt for internet executives outside.

In Linux the ways and varieties to get applications are plentiful, and because there are several distributions, there is not always a pattern when distributing programs on the platform.

These are packages for installing applications, something like the .exe / .msi installers, but without the need for numerous processes and clicks on advanced options when installed in graphical mode.

When we talk about new forms of packaging in Linux, there's always a question: AppImage, Flatpak or Snap? Which one to choose? Luckily we have the answer of this cruel doubt.

Verdict on how to distribute programs on Linux and Windows

Both Windows and Linux have their ways of composing and managing applications, and common doubts arise in our minds, this extremely normal, amid so many possibilities and differences, we have confused some aspects of these technologies.

Thinking about it I created in my channel OSystematicis an animation explaining about each format, how it works, and how Linux and Windows behave when managing components for how their applications work. You will learn once and for all what Sandbox, Core, dll, Runtimes mean, what are the differences between these formats and others that I have not listed here as: tar.gz, sh and more.

Until the next post, I wait for you here on the blog Diolinux, SYSTEMATICALLY!