Smart bracelets are really useful and are certainly a strong trend, with some models of them being able to make NFC payments, monitor heart rate, count the steps taken, calories expended and other customizations when connecting with the smartphone. At worst, you can use it to see the time.

Among the most awaited bracelets of 2019 is Xiaomi, for bringing these features and having the proposal to be very affordable, in the $ 150, Mi Band 4. Comment below what we know about her so far and when it should arrive in the market.

It seems that the Xiaomi Mi Band 4 arrives mid-year in two versions,

As we have seen in Mi Band 3, probably with identical specifications with the difference that one of them will support NFC payments.

One of the changes of the bracelet that it should come with Bluetooth 5.0, a more current connection technology, this version uses less battery and improves the connection with the device. Her record on the Bluetooth watchdog listed the bracelets and also another from Taiwan known as the NCC. In this second it was possible to see the two codes of the bracelet, as we told in this news. 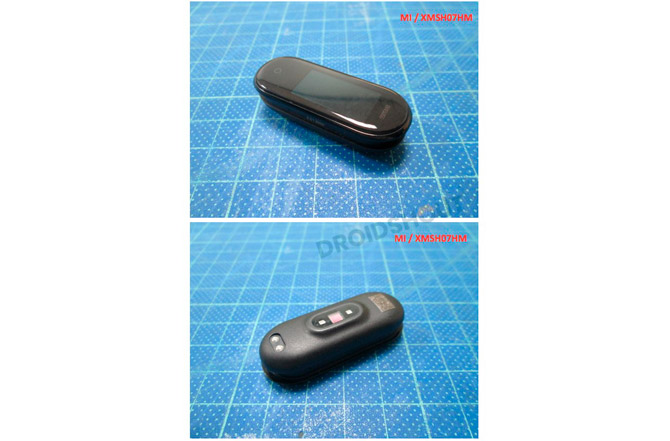 In this list of NCC tests we also saw the first images of the gadget, even though it is turned off and some of it open.

With the change to Bluetooth 5.0 should release some battery for the device to have color screen, something that has been indicated in some rumors. In our comparison of Xiaomi Mi Band 3 with Huawei Honor 4, it was concluded that having a slightly larger screen with color can be more attractive than having a battery that can last about 20 days, like Mi Band 3. .

On the display part, if we consider the leaked images, which may or may not be those of a definitive model, the gadget screen should not have a very different design. The same goes for the rest of the bracelet's body, it looks a lot like the current model.

But, if we look well, it seems to have a significant difference in bracelet interaction. At the bottom of the Band 3 screen is a small circle that serves to select options. No longer what seems to be model 4, we do not see this circle.

In Mi Band 3 you press him for a few seconds to confirm the selection and that's not so interesting, sometimes you're in a bit of a hurry and having to wait for her to confirm that even if you want a little bother.

Another solution would be a button, but it can spoil and end up causing maintenance problems. Maybe just taking the long confirmation will solve the case, but we'll have to wait and see what will be decided on the software side, which should bring many differences.

Rumors are also indicating that she should lose about a day or two of autonomy. This would be explained by the color screen, some more powerful parts and also by the arrival of an ECG, electrocardiogram.

This ECG would give more accurate reading and monitoring of the heart, and would be one of the biggest highlights of the bracelet. When the Apple Watch Series 4 arrived, it was one of the biggest differentials of the device, which came at a high price. With the accuracy of the ECG, it is possible to have more accurate reading of the physical exercises and even help detect heart disease.

As Apple Watch Series 4 costing around $ 3500, if Xiaomi can include a good ECG, it will surely attract many buyers.

Here in Connected World we are always keeping an eye on this type of gadget, follow our site and do not miss any news from Xiaomi Mi Band 4 and other smart bracelets.