It was officially announced Insta360 GO, the smallest stabilizer camera portable and wearable which can be connected and controlled with smartphones. Weighing only 20g, the camera is proposed to be small, discreet and with high image quality. Insta360 GO comes with the FlashCut program, software that uses artificial intelligence to help the user with photo and video editing.

One of the features of Insta 360 GO is slow-motion shooting and can capture up to 100 frames per second. For timelapse-style recordings, the camera can operate for up to 6 hours. In terms of physical durability, the model has IPX4 resistance, no vulnerable rain, splashes and can even withstand a quick "dip" in the water.

Insta 360 GO Compatible with Operating Systems Android and iOS, and can be easily recharged by connecting to the smartphone directly via the Type-C or Lightning cable. 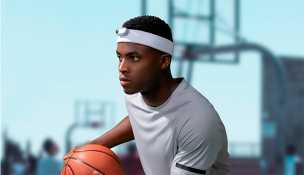 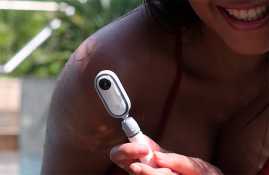 With the purpose of working as if it were a GoPro, Insta360 GO has a magnetic PoP GO pendant, being possible to attach the mini camera to accompany the user for their adventures. It also has Pivot Stand support if you want to keep it fixed somewhere for filming. Another possibility is Easy Clip, an easy connector that can be attached to a cap, for example.

The gadget is now available for pre-order on Adorama and B&H Photo for $ 199.00. For more specifications and features, confirm the official product site in this link.