Shazam is an Android and iPhone (iOS) application that identifies the name of the song that is playing in the environment. It is useful for those who do not know or have forgotten the name of the song played in various situations such as a party or on the radio, for example. From 2018, Shazam won a update Long awaited by users: the possibility to see the lyrics without having to leave the app. The software also lets you listen to the song on the show itself, or through services like Spotify and Apple Music, watch the music video on YouTube and more.

Apple completed the Shazam buying process in September 2018 for $ 400 million, according to the website. The verge. The acquisition has brought some new features to users, such as stopping the display of ads in the app and the new "Pop-up Shazam" feature, the tool allows the app to work with other music software (such as YouTube) only on Android phones. The feature can also be used if the audio is played by headphones. Here are seven facts and curiosities about Shazam.

Apple Music: Using the Web Player to Listen to Music 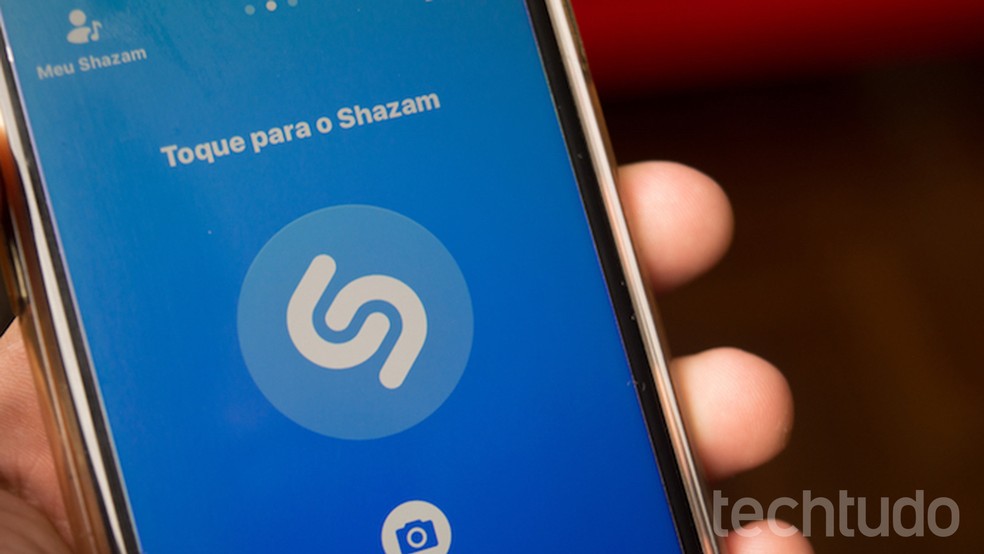 Shazam is an app that can find out the name of the music that is playing on the radio, in the cafeteria, in a store or at a party, for example. The app becomes a good option for those who do not know or do not remember the name of a song.

In addition, the app offers other information such as lyrics, YouTube-synced clip and playlist with the artist's most popular songs, as well as other functions such as related music and the option to share on social networks. You can also listen to music within the app itself, or on platforms like Apple Music or Spotify.

2. How does it work to identify a song?

To identify a song, the user must tap the highlighted button on the Shazam main screen and position the phone toward or near the sound. The app then automatically searches to show the name of the song and artist or band on the app screen in a moment. 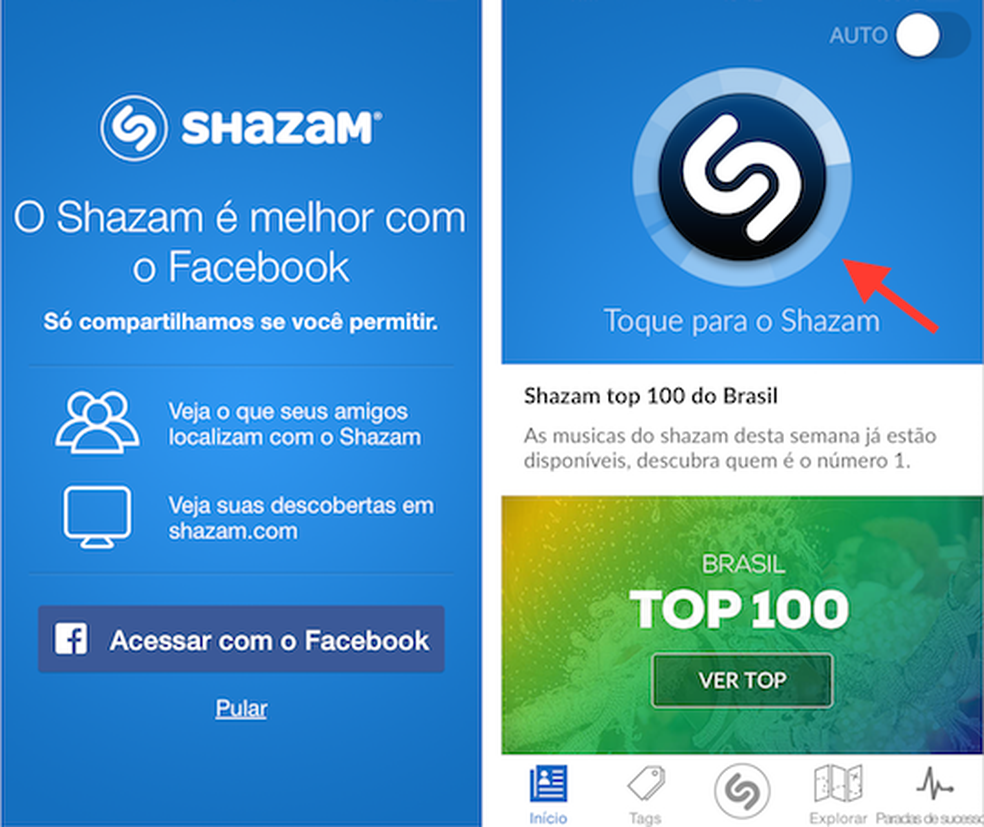 Shazam does an automatic search to show the name of the song Photo: Playback / Marvin Costa

3. Does he identify the songs?

In addition to identifying music, Shazam does the same for objects. In 2015, the app announced the idea of ??using the phone's camera to recognize an item.

Visual Shazam allows users to use the app to scan, for example, QR codes to show movie soundtracks or scenes unique to a TV series. The augmented reality tool was developed in partnership with famous companies like Levi's, Guerlain and Disney. 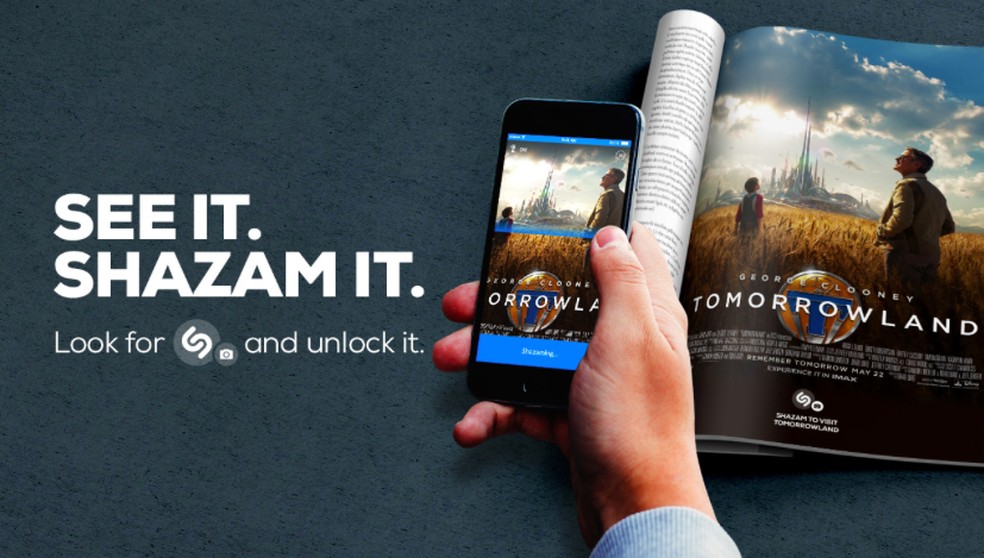 4. Can you see song lyrics?

Yes. In the past, Shazam didn't show the lyrics and that was one of the app's drawbacks to rivals. However, from 2018, the program made it possible for the user to follow the full letter on the mobile screen. 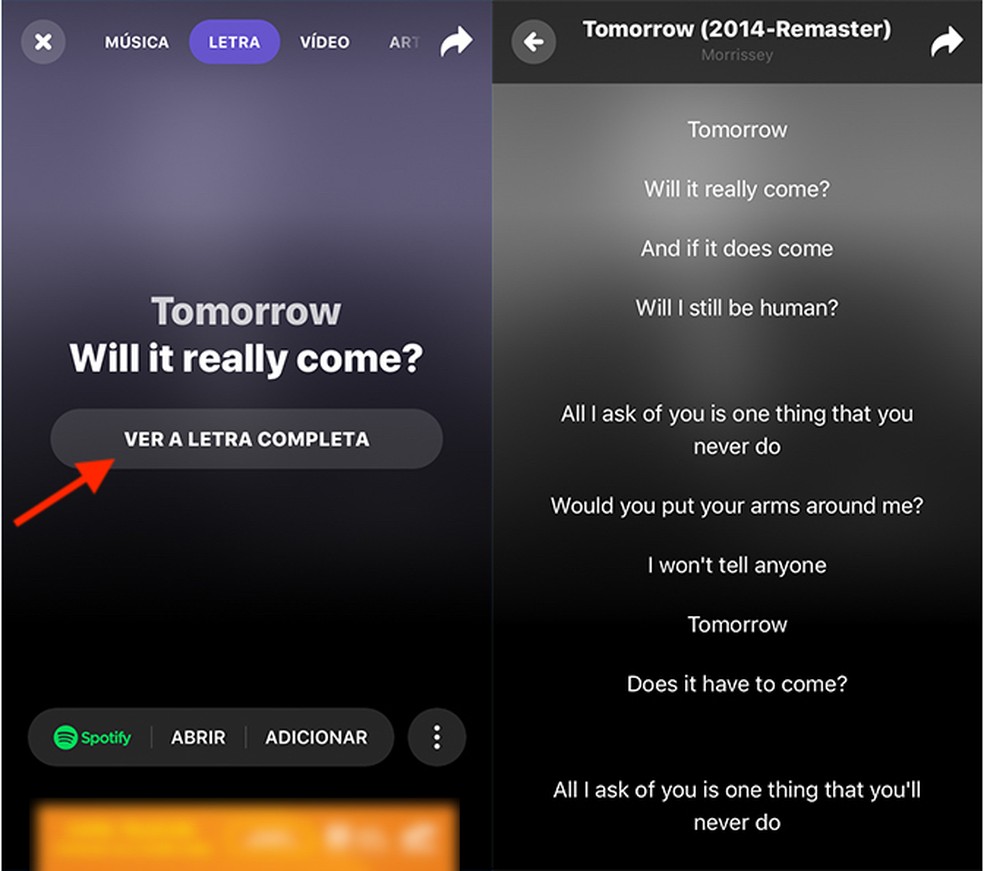 Shazam lets you see the lyrics to your phone Photo: Playback / Marvin Costa

5. How to listen to music on Spotify or another app?

The user can listen to Shazam songs on Spotify, Google Play Music and Apple Music, for example. The simple walkthrough. After the app identifies the music that is playing, tap the three point icon and then "Open in Spotify". Note that you can only do this if Spotify is installed on your phone. 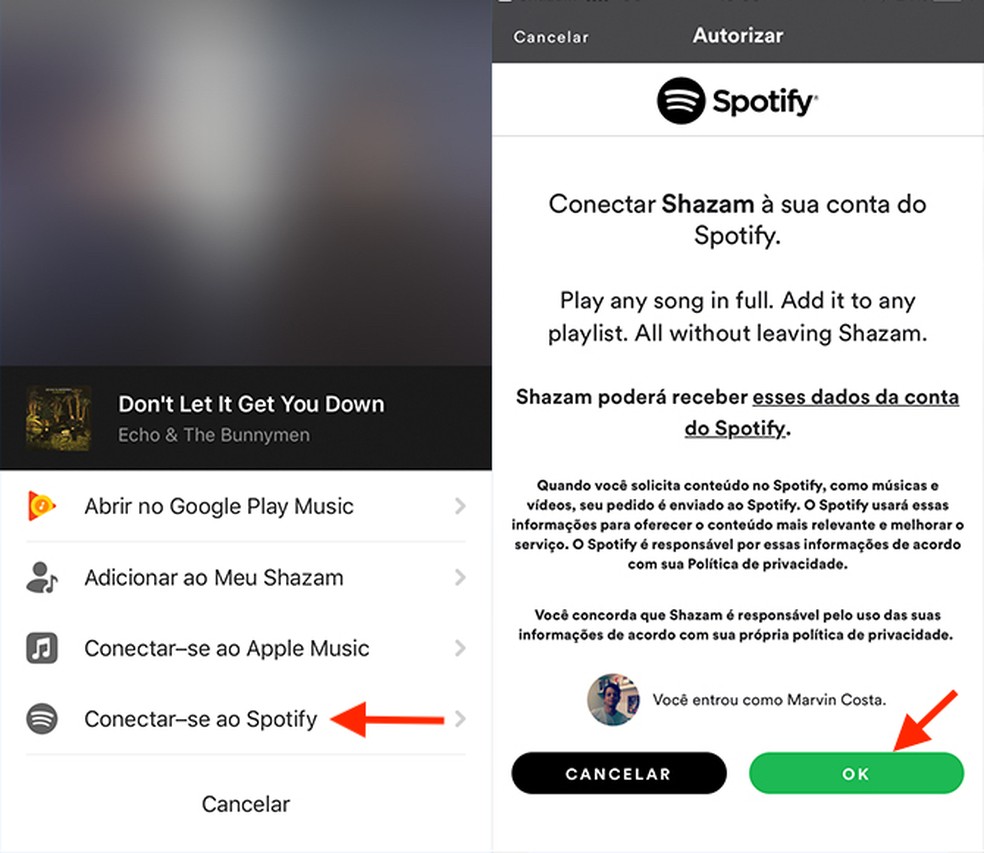 In September 2018, Apple completed the Shazam purchase process, which began in December 2017. According to the website The verge, the famous app sold for $ 400 million. Among the news of the acquisition is the end of advertisements in the application.

The new Shazam Pop-up tool, developed after Apple's purchase of the app, allows Shazam to work in conjunction with another music app, including audio played via headphones. For example, when listening to a song on YouTube, a Shazam icon will appear on the screen. Just tap the button and the app will display the name of the song and then show the lyrics in real time. For now, the feature is only available for Android. 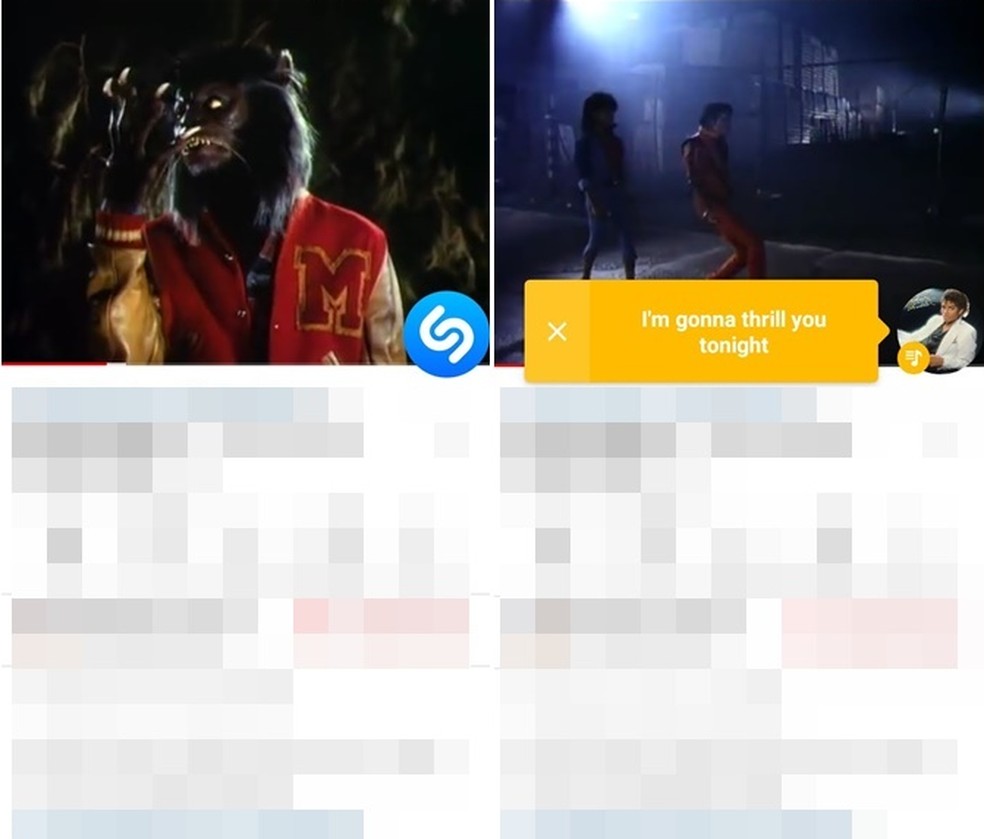