After much mystery, finally revealed the new operating system of the Chinese giant Huawei. 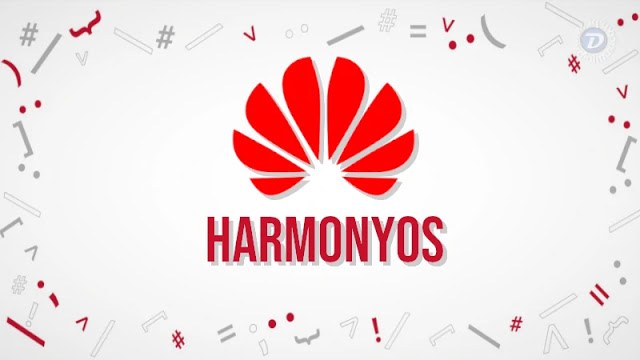 Some wondered whether Huawei could partner with other companies and ship Linux on their laptops, I wrote an article about the topic, while others bet on a system that would work on both platforms. Information from users who tested the so-called HongMeng OS was detailed in this post.

After all, HongMeng OS or HarmonyOS? It turns out that both are correct, however, HarmonyOS is the name in English. Huawei made several name registrations and before its official pronouncement, there was still much speculation about the correct name. HarmonyOS be adopted globally.

At this year's developer conference, Huawei announced its new operating system and revealed more details and possible plans for it.

HarmonyOS is a microkernel-based system that can perform various Linux, Unix and Android operations all on the same platform. Its focus will support a vast portfolio of devices and scenarios. Tablets, TVs, IoT devices, Wearables, PCs, and more. In addition manufacturers can ship HarmonyOS. The launch of the Chinese solution has been accelerated due to the whole uncomfortable situation with the US. Yu Chengdong, CEO of Huawei Consumer BG, said the company's system was designed to work across platforms and that a possible migration from Android to HarmonyOS would be relatively simple. That is, if for some reason Google ceased to be a partner of the company.

Yu revealed that the system initially had an expected launch date of mid-2020, but due to problems with the US, the company was committed to developing its solution, investing in 4000-5000 people to make the project viable before the date.

HarmonyOS open source software, according to Huawei is based on Linux (but can work with it) and is scheduled to be released on Honor Honor Screen TV, tomorrow, August 10th. Thus more details will be revealed, remembering that this conference (HDC 2019) focuses on the developers. Being open source the company aims to accelerate its adoption and development.

Deals of the day on the App Store: 1Key Pro, Broken Age, Color Picker and more!