Two new photos from the corporate version of the still announced drone DJI Mavic 2 appeared on the internet, showing specific details of the gadget. Until now, it was known that the new product would have an interchangeable card and camera support system.

The first of the new photos, which you highlight above the news, shows the Mavic 2 Enterprise Edition with what would be a speaker fitted to your media system.

Already the second image, which you see below, presents the drone with a kind of sensor connected to the holder. 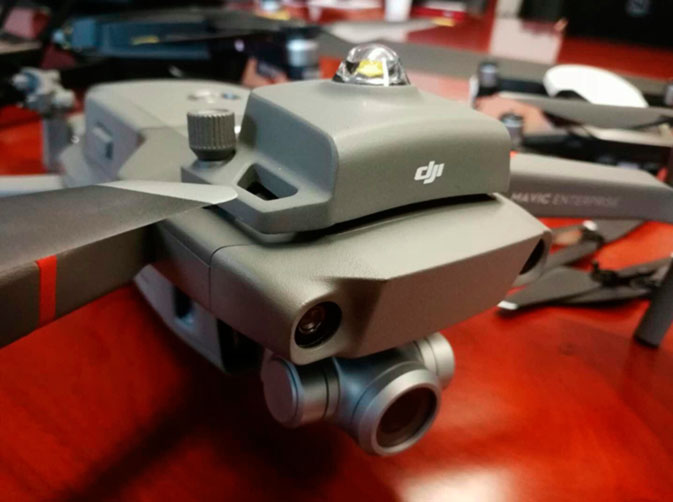 Also noteworthy in the photos is the camera chosen by DJI for the gadget, which features a circular lens or at least one lens inside a circular housing.

According to the website Drone DJAt the top of the device's battery you can see a button to turn the drone on or off, while there is no LED light to indicate the battery's status.

Finally, on the front of the product you can see its name, DJI Mavic Enterprise, near the left front propeller.

It is also interesting to note that the photos show the presence of the Mavic Air drone in white and an unknown black drone in the background.