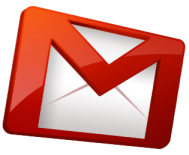 The first change, and perhaps most noticeable, was the inclusion of a horizontal line, which separates the phrases exchanged between users. In addition, the date and time of the messages got smaller, gaining less prominence and a secondary value in the interface. Lastly, the way names and messages are displayed has been modified. Previously, the chat displayed the user's name, followed by a colon and the message. Now there is a line break between the username and the sent message.

For now, the news is available only to users who have the functionality Chat Images enabled in Gmail Labs. As nothing official has been disclosed, it may be that the new interface is no longer displayed, or that it may take a while to reach other users. 🙂

Thanks to readers Daniel Fernando and Micael Silva for the tip!