In early April, Google hosted Google Atmosphere, a Googleplex conference for about 300 technology professionals to demonstrate the benefits of cloud computing. At the event, Eric Schmidt, Google CEO, even talked about Google Chrome OS (subject that we will cover in another post!).

A video, recorded during the conference and initially posted on YouTube, shows what may be new features coming soon in Gmail. Officially, the mountain view giant comments nothing, but the version of Gmail shown at the event used by the company's employees, which may indicate that great news will come.

In the first image we can see: 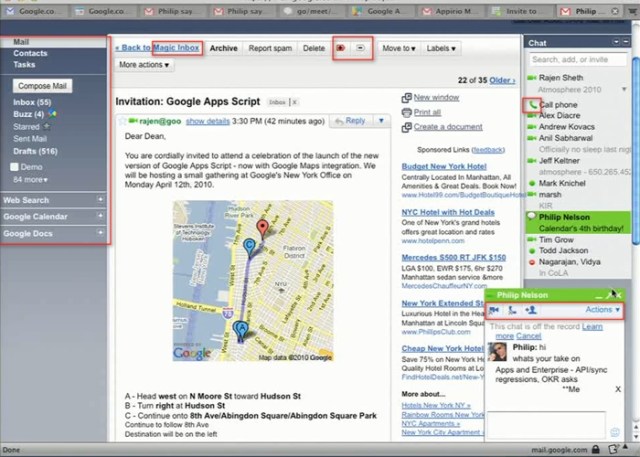 J in the second image we can check:

In the third image, we verify:

– The possibility of video conferencing via the Gtalk gadget with various users. 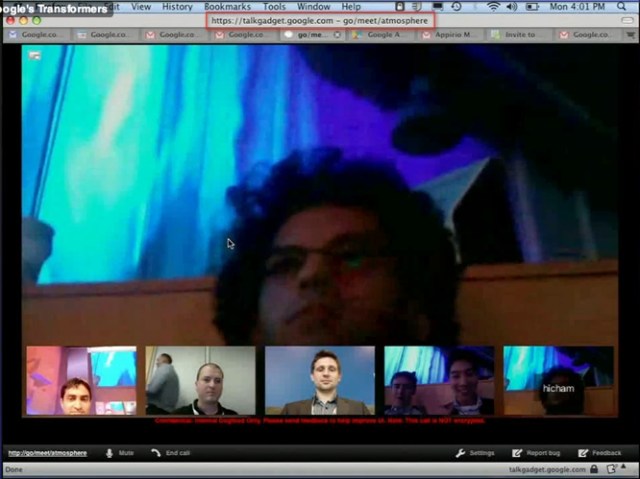 Although the original video, which had been made available on YouTube, no longer publicly available, Dailymotion was able to capture images and made the video available below.

If you would like to suggest a feature for Gmail, use the special page provided at help Center.