My journalist side overflows with tears of joy as I write this text: iOS users now have the option of an app from speech transcription with local processing, multiple language support, dynamic editing, and many advanced features. Bye, little block!

I refer to the app Dictation, by developer Blueshift. The newly released app uses a speech recognition API introduced by Apple in iOS 13.2 Before that, it was not possible for applications to utilize transcription features with local processing, but now it was.

This means that you can use Dictation even without connection and never worry about privacy issues, since everything happens inside your iPhone / iPad and never sent to external servers yes, just like Google proposed in a native Pixel 4 feature. 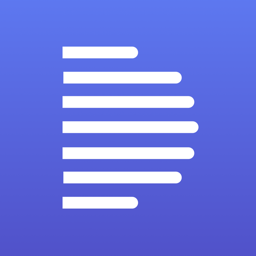 The operation of the app is very simple: just start a recording and the app captures the audio of the environment, with the speech of the person in question, while transcribing this speech in real time. You can, during recording or later, mark important moments in speech for later analysis or something.

The best part is that the two elements (speech and text) are permanently combined. When you re-record later, therefore, you can select any word in a text to hear it immediately (and make sure the transcription is correct); You can also tap or drag any point in the audio track so that the app takes you exactly part of the text it corresponds to. The edits you make will respect the original recording, and the changed words will continue to lead to that part of the audio.

Dictation will debut with support for 8 languages ??(or 13, considering regional variations): Portuguese from Brazil, English (American, Canadian, British, and Indian), Spanish (Mexican, Spanish, and American), Italian, Russian, Turkish, Cantons, and Mandarin. It also has several other features, such as audio deceleration, voice clip editing, audio and text export, and more.

The app can be downloaded for free from the App Store, but it operates through an annual subscription to $ 20 (or R $ 78, for Brazilians). The first week of free use.