Android 2.3.6 Gingerbread is not only the most widely used version of Google's operating system, but also the most targeted by malware. According to Kaspersky Lab's report, in the third quarter of 2012, the Android Gingerbread security flaw allowed 28% of cyber attacks to occur more frequently on devices running this version of Android. Very close to it was Android 4.0 Ice Cream Sandwich, which is in second position, with 22% of attempts to block malware installation.

Although the study is recent, the problem is not new. We all know that, due to Android's fragmentation, Gingerbread remains the most popular version of Google's operating system and, by contrast, not the version in which Google and other manufacturers invest the most. 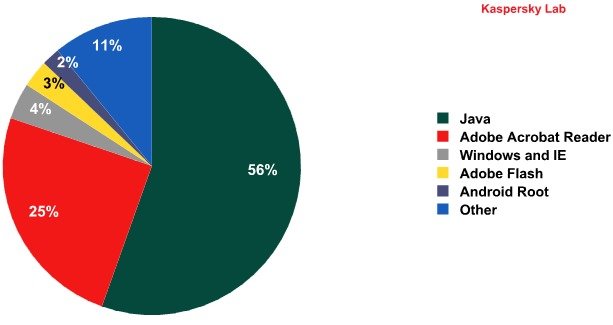 While Android Gingerbread's security flaw is worrying, especially since most Android devices are stalled in this version of Google's OS, the search giant is improving the security of its operating system. Proof of this is the inclusion of the scanning feature of apps already installed on users' devices, released in the latest update from the Google Play Store. As well as the increased security of devices running Android 4.2.

Meanwhile, it's up to Android 2.3.6 users to rely on manufacturers' willingness to make platform updates more constant and accessible.

Another curious fact is the list of countries where malicious program hosting sites are physically located. According to the table below, Russia tops this list with 23.2% of malicious content hosting, followed by the US with 20.3% and the Netherlands is third with 17%:

Brazil is part of the group of countries that offers risk of infection to the so-called moderate user. In the meantime, here are some antivirus application alternatives to protect your mobile device from viruses and malware.