After much rumors and annual speculation about the upcoming iPhone edition, September 10, 2019 brought the revelation of the iPhone 11 and iPhone 11 Pro.

Presented by CEO Tim Cook, the annual iPhone unveiling event began with Apple Arcade and Apple TV + subscription services – which promises original series to watch on the iPhone – already announced in March of the same year.

Some of the absences were the iPhone SE2, which was not announced and should not see the light of day. Launched this year, little has been said about the Apple Card, only that it can be used to pay for new service subscriptions.

The new smartphones were the stars of the presentation, which also brought the aforementioned Apple Arcade and TV +. Next to them, the new generation of Apple Watch and iPad were also unveiled.

So check out our full summary below!

Some nominated games from major producers such as the Japanese Konami and Capcom were shown, including a rereading of classic Frogger. A detail revealed about Apple Arcade is that it will be launched with a catalog of around 100 new games that can be downloaded to play on iPhone, iPad, Mac and Apple TV.

The service looks a lot like the Xbox Game Pass, available for Microsoft's video game and offering Windows 10 PC games.

The Apple Arcade will be available on September 19, 2019, costing $ 9.90 per month. The subscription can be shared with up to five users and can check some of the games announced through the link.

In addition to Apple Arcade, it also featured some of the Apple TV + series that promise to compete with Netflix series.See, starring Jason Momoa, show a story in which humanity has lost sight and society as we know it has collapsed.

The service will be available from November 1st and will also cost $ 9.90 and can be shared with up to five users. See more about the service at the link.

With the new iPad OS, the seventh generation of iPads promises better usability on the tablet. That is, it will be easier to use and navigate through applications. The highlight is the home screen refresh, which makes it easy to switch apps or use more than one app at a time.

The iPad arrives with a 10.2-inch Retina Display, capable of displaying 3.5 million pixels. The main novelty is Smart Keyboard compatibility, ideal for bloggers. 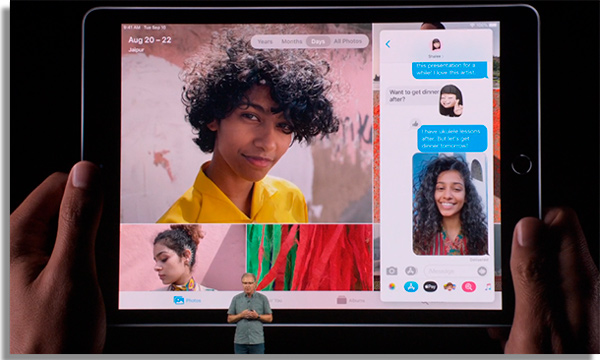 It also lets you edit videos natively, using simple functions like cropping, rotating and resizing. In addition, Apple Pencil will allow you to make notes on any images you are sharing. Not to mention the ability to create your own designs right from the iPad screen.

The SmartConnector input allows the use of memory cards. Now available for pre-sale, the seventh generation of the iPad will hit the market starting at $ 2,999 on the 32GB storage model. The new iPad comes with a 1 year free subscription to Apple TV +.

Starting the presentation with an impressive video showing how the heart tracking app helped save lives, the first features of the Apple Watch Series 5 were related to the area.

In addition to expanding the capability of the above app, the new smartwatch comes with an app to track menstrual cycle and ambient sound analysis and how it can affect your audio. It is worth noting that Apple stressed that the information collected by these apps is only shared with the company if you allow it.

Other featured features include a built-in compass, which lets you see the direction you are facing, just as you see on the iPhone.

The battery will allow you to use Apple Watch freely for up to 18 consecutive hours. It can also connect to emergency services in about 150 countries, even without its iPhone 11 nearby.

Apple Watch will be sold in 5 colors: black, pink, gold, ceramic white and titanium. It also has several bracelet models that you can change whenever you want.

Apple's smartwach will be released on September 20, 2019. There is still no dollar price of the device, but in the United States it will hit the market starting at $ 399.

Tip: v getting ready for Apple Watch release knowing some of its best apps!

iPhone 11 – the most anticipated

Even if the other gadgets are interesting, there's no denying that the iPhone 11 was the most anticipated guest of the event. Everything we needed to know about the next generation of Apple smartphones was revealed, as well as the iPhone 11 Pro and iPhone 11 Pro Max versions, which we will show throughout the article.

The first new feature was the selection of colors in which the iPhone 11 will be available. Black, white, red, yellow, purple and green.

Featuring Dolby Atmos sound technology and Retina Display, the new smartphone will have 6.1 inch screen in standard version. It runs at 1792 x 828 pixels resolution at 326ppp.

The main highlight is the dual camera, in the 12 MP wide-angle and ultra-wide pattern – which allows you to expand the photo area up to four times. 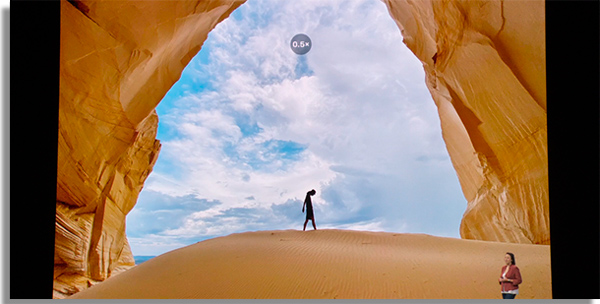 See below for specifications:

In addition to the specific specifications of each camera, other features include:

In addition to the photos, iPhone 11 cameras will allow you to record 4K-quality video at 60 frames per second. That is, incredible quality and fluidity in video playback.

Modes for recording inslow motion – also in the front camera! -, dotimelapse and the QuickTake function, which allows you to switch between photos and videos without losing the frame. It is worth mentioning that the iPhone 11 native video editor brings advanced options, focused on allowing even professionals to be able to create videos with just the smartphone.

Although the camera is the star star in the development of any iPhone, other specifications have also been revealed. The first of these is the new A13 Bionic chipset, which promises to bring the fastest CPU and GPU on the market.

IPhone 11 will continue to charge wirelessly and the battery will last 1 hour longer than iPhone XR.

If the power of the dual camera of the iPhone 11 didn't surprise you, maybe the Pro and Pro Max triple lenses are right for you. In addition to the two cameras mentioned in the standard model, the Pro editions will have one more telephoto camera (ortelephoto), also 12 MP. Check out the specifications of the new lens below:

The cameras will allow optical zoom from 4x – 2x outwards and 2x inwards. In addition, you can take the same picture three times, using each lens as the main one. That means more options for taking photos with iPhone, without the need for apps to make them perfect.

But in the video recording the iPhone 11 Pro and Pro Max shine.

In addition to recording at 40K and 60fps, you'll be able to use dynamic range and kinematic video stabilization, ensuring amazing videos and movies, even for a cell phone camera.

With the Filmic Pro app, you can also record the same video with multiple lenses simultaneously. For example, you can record video using the wide-angle, ultra-wide lens and the front camera at the same time. 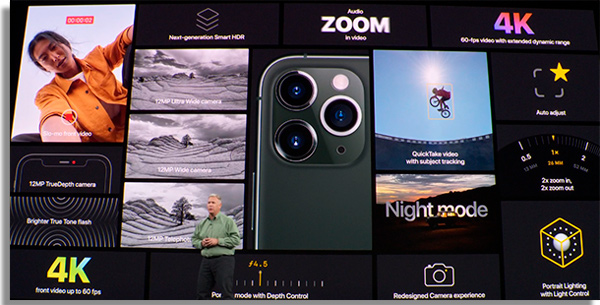 The Pro and Pro Max edition will come with a new screen type, named by Apple as Super Retina XDR. It comes equipped with two brightness levels, which will be activated automatically and will make it easier to take pictures or record videos.

Although the chip is also the A13 Bionic, this version of the smartphone uses artificial intelligence to optimize CPU and GPU usage. It comes with processing accelerators, which can multiply their efficiency up to 6 times, reaching up to 1 operation rail per second.

Apple has also highlighted the energy efficiency of its smartphone, which promises to be 20% faster than previous editions, but consume 30 to 40% less energy. Artificial intelligence will analyze your activity and balance the use of processors according to what you are doing.

Speaking of energy, the Pro edition's battery will also be more robust. IPhone 11 Pro will be 4 hours longer than iPhone XS and 5 hours compared to iPhone XS Max.

Like Apple Watch, the three editions of the iPhone 11 will hit the US market on September 20. In Brazil, smartphones arrive at stores on September 30.

Prices in Brazil have not yet been revealed, but the American pre-sale will open on September 13, with the following prices:

It is worth noting that when delivering a previous edition iPhone, you receive discount on the purchase of new editions.

What did you think of the iPhone 11?

Will Apple's new generation of smartphones encourage users to buy again after recent declines in sales of previous editions?

To learn more about iPhone, be sure to check out our article with tips on what to do before taking your phone to an iPhone repair!