The event of Microsoft happened a few days ago and we met several new products of the line Surface. However, it looks like the company is saving news for the future, and one or more should come with wireless charging.

A Microsoft wireless charger with model number 1915 was recently certified by the US Federal Communications Commission (FCC) and the publication appeared shortly before the event in New York. He has 5Vdc 200mA power supply, USB to Type-C cable and maximum power of 300mW.

According to Wincentral, this device supports laptop charging – that is, most likely you will not be able to load the new Surface pen with him. Also according to the portal, this charger will have three ways to be used: 10% charge, 50% charge and full charge. 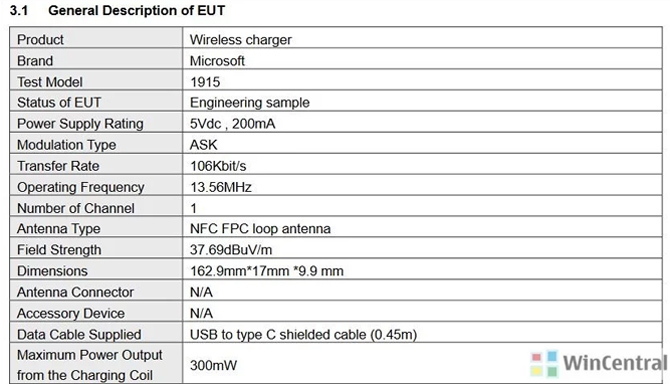 From what was presented at the event in New York, none of the notebooks that will arrive in late 2020 have wireless charging. THE Gizmochina bet on Surface Neonew dual screen laptop with magnetic keyboard (you can check out more information about him here)But as far as we know it doesn't come with NFC support. As such, there is no information about which notebook will support wireless charging or when it arrives – but certification indicates that it is certainly being developed.