Subscribers to Sony's PlayStation Plus service will have two game options to download in November.

Owners of a PlayStation 4 can subscribe to the PlayStation Plus service to gain access to online games against other players and also two free titles per month. Sony has already announced which games can be downloaded for free in November – see below.

In November, Sony will make the game available to the Niohfor service subscribers. The game is a visceral action adventure where you must hone your skills, upgrade your weapons and demonstrate perseverance and mastery to beat some of the most powerful demons in feudal Japan.

Also, for fans of psychological terror, the other option is to Outlast 2. Immerse yourself in a struggle for survival in an isolated rural community as you try to rescue your abducted wife from the clutches of an insane cult. Having escaped alive from a helicopter crash, enter Temple Gate Village and try your best to avoid its crazy inhabitants while trying to find your wife. 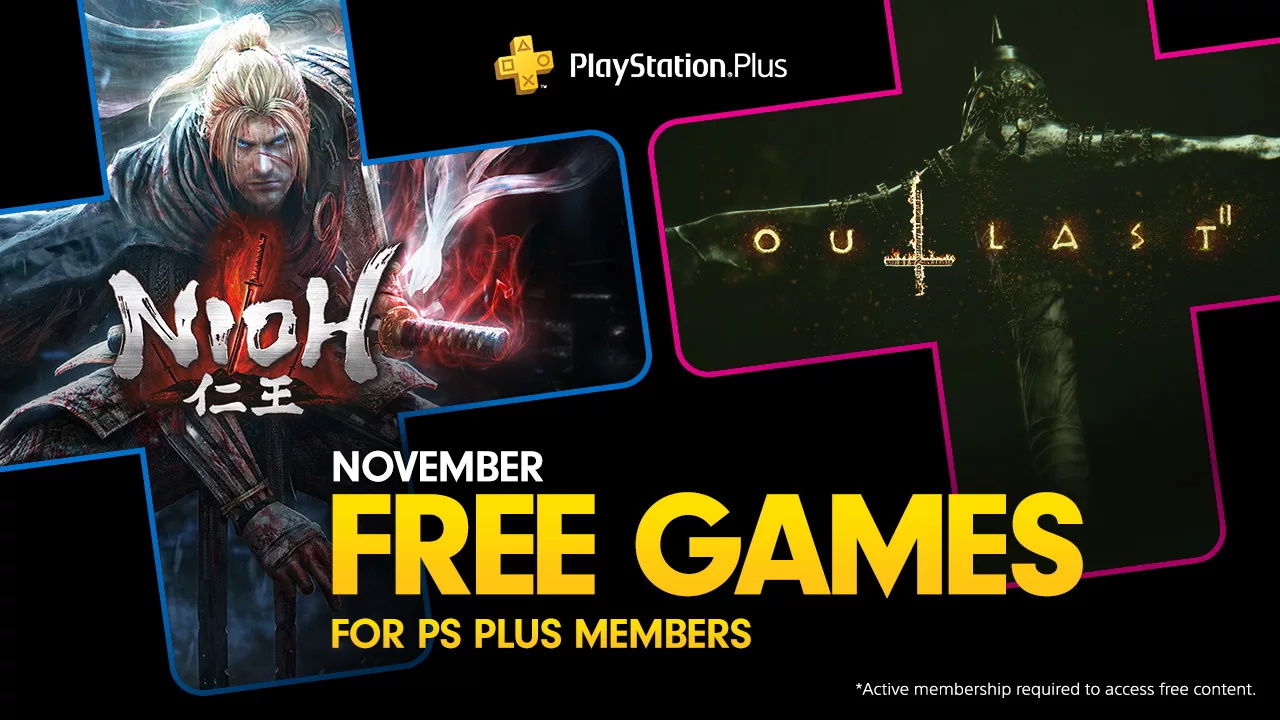 The games will be available from the 5th of november and can be downloaded by the 3rd of December.