If Apple follows the "tradition" of recent years, it will hold a special event in March. In it, the rumors already point, among many things, to possible releases of new iPads, with all the chips bet on three different models.

Obviously, everything will be confirmed only on the day of the keynote, but after so many years of following the company, we conjecture that there is a strong indication for a line to be really updated: lack of models in stock. And, as we already told here, what is happening in various places with the 12.9 inch iPad Pro. 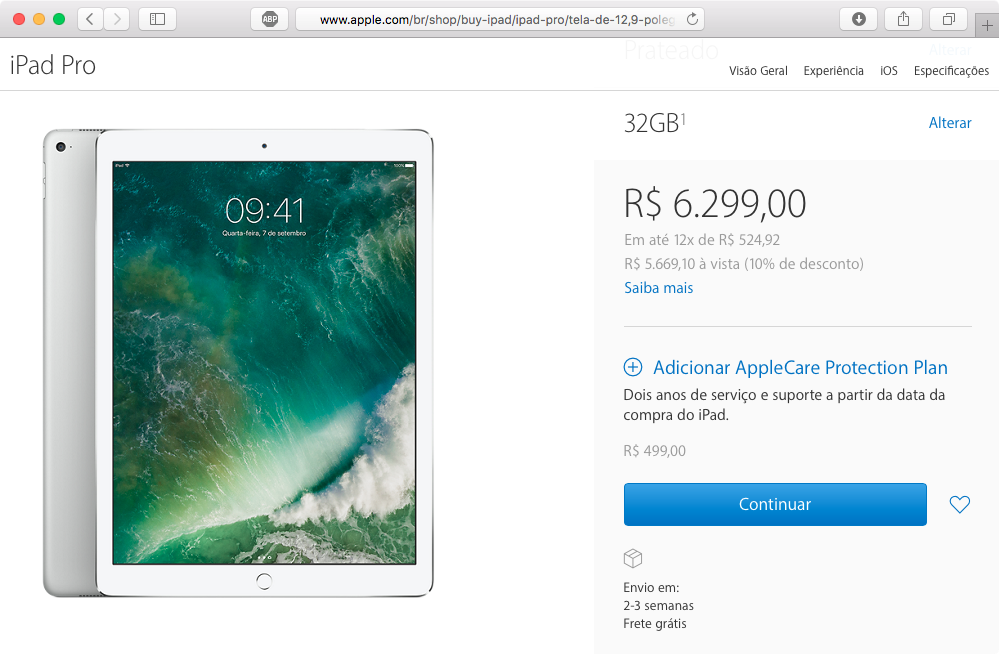 This time, the iPad Pro's 12.9 ? inventories have fallen further and, according to a AppleInsider, both Wi-Fi and Wi-Fi + Cellular models of all colors and sizes are sold out at most Apple Authorized Overseas Stores, such as Best Buy, Amazon, etc. In Ma's own online store, you can see that they are even ?available?, but with a delivery time of 2 to 3 weeks (normally, they would be ?in stock?).

Here in Brazil, the story is no different in authorized stores. At iPlace, for example, between three colors and all size options, the only model that is available for purchase is 32GB space gray Wi-Fi. In the US, with the exception of 32GB silver and 128GB rose gold Wi-Fi models, everyone else warns that there are only five in stock. In the Submarine the situation is a little better, but some are also low on stock. At Pontofrio, only two colors (silver and space gray) Wi-Fi and 128GB are available. Already in Saraiva, we only find the 128GB Wi-Fi + Cellular space gray, and in Fnac we no longer see any 12.9 ? iPad Pro. At Apple Brasil we follow the same pattern from abroad, available but with delivery of 2 to 3 weeks.

As the giant 12.9 ? iPad Pro was announced to the public in September 2015, an update more than expected. So if the theories are right, next month we'll see his new versions. A recommendation for anyone who is interested in one, now, wait.